The new administration’s push for war! 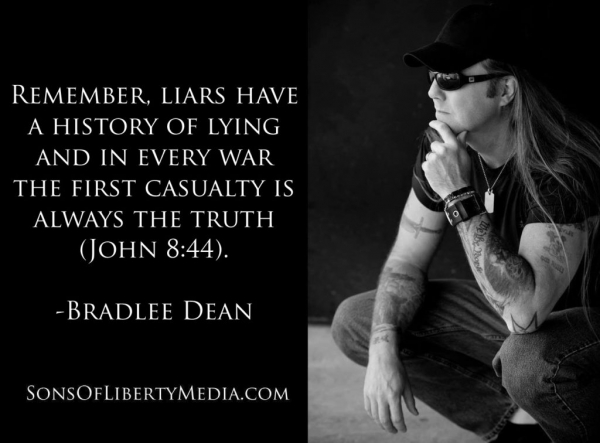 “Regardless of what branch of government, office or party affiliation, the law applies to each and every one of us!”

Yesterday, while I was drudging through the Christmas season of waiting for it all to be over with so I can get back to work, and while on hold, I turned on the conservative radio only to hear the “same old, same old” when it comes to warmongering to prepare the American people for another war.

His talking points were far too familiar.  Kim Jong’s “weapons of mass destruction” were mentioned and how they will be used against us if we do not respond immediately to the threat from the dictator across the water.

Don’t get me wrong.  I will be the first to stand with the righteous if there is a justifiable war (2 Chronicles 19:2-3), though I hate violence.

The adviser’s talking points seemed well rehearsed.  He seemed skilled in coercing the people into another war (Ecclesiastes 1:9).

Furthermore, his talking points sounded like someone pushed the replay button for the war against Iraq (Ecclesiastes 1:9).

Then again, he knows that his former boss’ Halliburton made $ 39.5 billion on the Iraq War and he also knows how to speak the language of creating a new war with the same old war tactics.

General Douglas MacArthur said of the United States government back in 1957:

“Our government has kept us in a perpetual state of fear – kept us in a continuous stampede of patriotic fervor – with the cry of grave national emergency. Always there has been some terrible evil at home or some monstrous foreign power that was going to gobble us up if we did not blindly rally behind it. …”

You would think that this is what America was told by the president on Sept. 11, 2001. It was.

This may help many understand as to why Bush, Cheney and Rumsfeld are also considered war criminals in other countries.

Getting back to North Korea, according to CBS News:

North Korea's envoy in charge of U.S. affairs at the United Nations demanded Washington provide evidence to back up its claim that Pyongyang was behind the WannaCry ransomware attack, an allegation he said was a "baseless provocation" being used to generate tensions.

Pak Song Il told The Associated Press in a telephone interview from New York late Monday that Pyongyang sees the allegation as an effort to create an "extremely confrontational atmosphere." "If they are so sure, show us the evidence," he said.

I agree.  Let this be a live conversation between the two countries in conflict in an open televised forum. This will leave it to the people as to what is actually taking place.

How many times has the American government been exposed for self-inflicting attacks and in generating wars, creating political opposition, winning public opinion with approval to attack the opposition that they created?

Let’s go to Vietnam, for an example:

The Gulf of Tonkin incident (Vietnamese: Sự kiện Vịnh Bắc Bộ), also known as the USS Maddox incident, was an international confrontation that led to the United States engaging more directly in the Vietnam War. It involved either one or two separate confrontations involving North Vietnam and the United States in the waters of the Gulf of Tonkin. The original American report blamed North Vietnam for both incidents, but eventually became very controversial with widespread claims that either one or both incidents were false, and possibly deliberately so.

It was originally claimed by the National Security Agency that a Second Gulf of Tonkin incident occurred on August 4, 1964, as another sea battle, but instead evidence was found of "Tonkin ghosts" (false radar images) and not actual North Vietnamese torpedo boats. In the 2003 documentary The Fog of War, the former United States Secretary of Defense Robert S. McNamara admitted that the August 2 USS Maddox attack happened with no Defense Department response, but the August 4 Gulf of Tonkin attack never happened. In 1995, McNamara met with former Vietnam People's Army General Võ Nguyên Giáp to ask what happened on August 4, 1964 in the second Gulf of Tonkin Incident. "Absolutely nothing", Giáp replied. Giáp claimed that the attack had been imaginary.

Ninety-four percent of the American people do not believe the CIA-Controlled media, who has a long history of lying, defaming, contriving, fabricating and creating war, and putting innocent people into a false light.

In the video below, take a look beginning at the 1:14 mark where a CNN operative is creating a false narrative inside a green room, acting out that the war in Saudi Arabia is inevitable.

Consider that Congress, who as of November 8, 2017 only has the support of 13% of the American people.  These are the same people who work hand in glove with the CIA-controlled media against our Republic.

How is it that these two corrupt institutions, who have a history of lying to you, are now telling you the truth when it comes to the crimes of other countries and their leaders?

Remember, liars have a history of lying and in every war the first casualty is always the truth (John 8:44).

The American government and its role in this country have become as foreign to Americans, in many cases, as foreign countries are to us.

Yet, the push for war is relentless.  American military brass in this country have now declared war with Korea as inevitable.

Americans, I want to tell you that our Forefathers left us an example when it comes to war. If a war was worth fighting, they were the first ones to lead the way.

"First in war, first in peace, and first in the hearts of his countrymen."

These famous words about George Washington come from a eulogy written by Henry Lee.

In the present, the corrupt media, along with corrupt politicians are working together for those who profit from war to convince you to send your granddaddies, daddies, uncles, cousins, brothers, and neighbors to do their fighting for them.

Little did the people take the time to know that:

“Our boys were sent off to die with beautiful ideals painted in front of them. No one told them that dollars and cents were the real reason they were marching off to kill and to die.”  Two-time Medal of Honor recipient Major General Smedley Butler

You have been warned America (Ezekiel 33).

On January 17, 1961, President Eisenhower warned the American people about the Military Industrial Complex.

More in this category: « What to expect in 2018 Gene's Technology Corner: Weekend radio update, Apple scandals and the Vizio Smartcast Display »
back to top