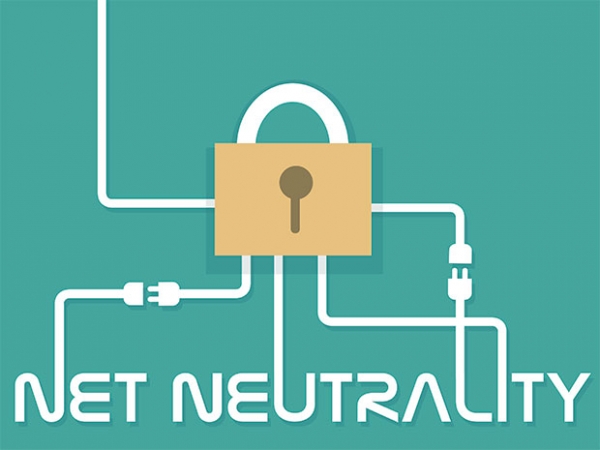 This week I heard a surprising announcement from a regular guest on The Tech Night Owl LIVE. So we presented tech commentator Rob Pegoraro, who writes for USA Today, Yahoo Finance, Consumer Reports, Wirecutter and other publications. During this episode, Rob put the FCC’s decision to abandon net neutrality into perspective, and I’ll have more to say about that shortly. The main question, of course, is whether ISPs will begin to prioritize net traffic, or will the possibility of negative publicity and potential lawsuits postpone — or prevent — any changes for the near future? Rob also discussed the end of AIM, and how this pioneer instant messaging app influenced an entire industry? And do we really need lots of messaging apps to stay in touch with our contacts? Gene laughingly referred to Rob as a turncoat as he explained why he, a long time Mac user, recently purchased a PC notebook to replace his aging MacBook Air.

So why did Rob switch?

Well, his response was reasonable. He didn’t want to spend more money for a MacBook Pro, and the recent pathetic upgrade to the MacBook Air didn’t appeal to him. He chose, instead, an HP 2-in-1 notebook. And since, for the most part, he could use the same apps and services on both the macOS and Windows, it wasn’t so big a deal, at least so far. But will he feel the same a few months from now? He laughingly suggested turning it into a Hackintosh, by following the online instructions to induce it to run macOS. But that process may not work on an off-the-shelf PC notebook. Usually, it requires picking and choosing parts tested and found to be compatible, and outfitting a custom-built PC with them.

You also heard from tech journalist Jeff Gamet, Managing Editor for The Mac Observer. As the segment began, Jeff complained that his copy of Skype 7 for the Mac was upgraded to Skype 8 without his approval, and he doesn’t like the all-new interface. In an extended discussion of net neutrality, Gene pointed out that more and more cable companies are embedding Netflix into their set-top boxes, perhaps as a move to help reduce cord cutting. As the pair moved into pop culture mode, Gene mentioned the latest reported move by Apple to add original TV content, with a direct-to-series order for a new sci-fi series from producer Ronald D. Moore, whose previous shows include Battlestar Galactica. Jeff explained in great detail why the fabled Star Wars lightsaber would be impossible to use in a real world setting. Gene suggested that the DC Comics super heroes on TV are better than their movie counterparts. And what about having different actors portray such characters as the Flash and Superman?

On this week’s episode of our other radio show, The Paracast: Gene and Chris present Alejandro Rojas of OpenMinds.tv for a 2017 retrospective and a preview of the 2018 International UFO Congress and Film Festival. Alejandro is the host for Open Minds UFO Radio show, and emcee for IUFOC. He is also a blogger for the Huffington Post. As a UFO/Paranormal researcher and journalist, Alejandro has spent many hours in the field investigating anomalous phenomena up close and personal. Gene and Chris will also talk shop with a focus on UFOs. There will also be a pop culture-related discussion about what both regard as the sad state of pop music.

GETTING IT WRONG ABOUT NET NEUTRALITY

Part and parcel of our polarized society is the feeling that, if we accept the other side’s approach, it may be the end of the world as we know it. They wish us ill, and are doing foolish and/or evil things to take us all down.

Now I’m not going to dwell on my political viewpoints about the crazy things that are going on in Washington, D.C. except for one thing, and that’s the promise — or threat — that net neutrality is ending soon.

As is often true, the facts are more nuanced, and whatever does happen can be overturned by a future FCC, and we start all over again.

So this past week, the Republican majority of the FCC decided to undo a move by its predecessor that, among the things, prevented ISPs from prioritizing Internet traffic. What this meant is that these companies could not demand that a high-traffic service pay extra to enter a fast lane.

Those who opposed net neutrality, including FCC chairman Ajit Pai, claimed that putting restrictions on ISPs would somehow prevent them from improving and expanding their services. Being forced to allow online traffic to flow freely was somehow an impediment to growth.

I’m not sure I see how, or any evidence that this could happen. But it’s unfortunate that the cable TV talking heads who interviewed Pai — or at least the ones I’ve seen — simply allowed him to repeat his unproven talking points without questioning the logic. There was no request for evidence that what he said was true.

Supporters of net neutrality also maintain that it’s not just about getting miserable performance from Netflix or Amazon Prime Video, with constant buffering even on a fast connection. What about the streaming startup, a company that wanted to someday compete with Netflix? If they had to pay extra to achieve good performance, it’s likely that they wouldn’t be able to attract venture capital to cover their costs.

This, too, may be an overwrought conclusion if we assume things will return to the way they were before the concept of net neutrality ever arose.

A key reason for government regulation is not that regulators just need something to do. It’s often in response to a need, to address abuses by private industry. That explains why there are rigid controls covering the approval of a new drug by the FDA in the U.S. It means that pharmaceutical companies have to subject new drugs to a rigid set of tests to make sure they actually perform as advertised without seriously endangering one’s life in the process. Or at least disclose the dire side effects so you know what you’re in for.

Net neutrality was a response to something the ISPs did, which was to slow down such services as Netflix, largely because they sucked up huge quantities of data.

As of now, Netflix consumes nearly 37% of all Internet traffic, and when you add all the streaming services it’s 70%. That also includes such services as YouTube, iTunes, Amazon Prime Video, Hulu, Dish Network’s Sling TV and DirecTV NOW.

That leaves 30% for the rest of online traffic.

From a business point of view, I suppose it made sense to focus on the worst abusers and see if there’s a way to manage the load without inconveniencing other customers. Back in 2014, there were reports that such ISPs as Comcast and Verizon were putting the brakes on Netflix. In turn, Netflix reportedly paid extra in order to deal with the situation, with reports of mixed success.

During that period, you may have experienced constant buffering from Netflix. Loads of complaints from customers and tech companies helped influence the previous FCC to reclassify an ISP as a Title II communications service, thus preserving net neutrality. Prior attempts were blocked in the courts.

Despite the new regulations, there were recent reports that Verizon, particularly through its high-speed FiOS service, was once again throttling Netflix and even YouTube. So it seems peculiar that the FCC would believe that ending net neutrality was a good idea.

But what’s also happening is even more interesting. It appears that Netflix is taking a “can’t beat them so join them” approach, which is to strike deals with some ISPs, so their app appears as just another premium channel on a cable set-top box, similar to HBO and Showtime. What this means is that the ISP would, in exchange for offering Netflix without speed restrictions, get a piece of the action. By being part of their regular cable service, the load on broadband bandwidth would be sharply reduced.

By including Netflix — and I suppose Hulu and other services can be offered in the same fashion — customers are being offered more attractive cable packages that might help stem the tide of cord cutting.

While an experiment with Netflix and DirecTV appears to have ended, you can get it on at least some cable boxes from Comcast, Cox, Verizon and other services. You’ll have to check with your cable company to see which hardware it’s offered on, and how much it costs.

Now when I checked with the cable company I use, Cox, it appears Netflix is available on their Contour 2 box, but is limited to HD. If you have a 4K TV, you’ll have to still depend  on a smart TV or a streamer, such as an Apple TV 4K, and certain models from Roku and other companies. As it stands, the cable and satellite companies are only testing the 4K waters. Higher resolution means there is less space for other channels, so it may be a juggling act until capacity is boosted.

In any event, despite the FCC’s vote, net neutrality isn’t going away tomorrow. There’s a comment period, and the attorneys general of a number of states are planning to file lawsuits. So this matter may not be resolved for months or years, depending on court rulings and potential appeals. I suppose it’s possible that the U.S. Supreme Court will get involved.

After all is said and done, I doubt the ISPs are going to act hastily, knowing the political winds may likely change with the next administration. In the meantime, if more cable and possibly the satellite companies strike deals with Netflix and other services to offer them premium channels, that might sharply reduce the load on their systems.

So they wouldn’t have any motive to throttle anyone’s traffic, and it would also provide an additional revenue stream. Assuming Netflix’s 4K service comes to your cable box, would that influence your decision about cord cutting?

So it’s possible that the ISPs and streaming companies could work out reasonable solutions without harming anyone, assuming the price you pay doesn’t change too much. That said, net neutrality offered more than a few ounces of protection against the worst offenders. The suggestion that it may have stifled innovation is absurd. The move to embed Netflix on cable boxes clearly disproves that claim.

More in this category: « All the Star Wars films, including Last Jedi, ranked worst to first The Office Holiday Party: Do’s and Don’ts »
back to top