Sickness Pays, Even When You Are Not sick! 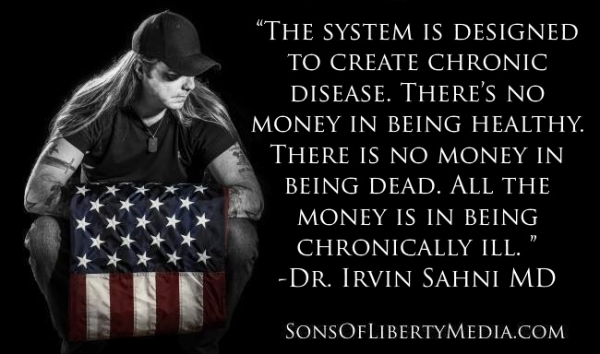 After traveling from Boise, Idaho to Missoula, Montana to Orlando, Florida then onto Houston, Texas, we have tallied up about 150 ministry hours of driving over the last 6 weeks. With that, comes a toll on your physical body, and it caught up with one of my family members, at least for a minute. Let me explain.

Keep in mind, there is a balance between a natural/holistic remedy and western medicine. I have always been cautious when it comes to either side of the aisle. It seems that without fail, fear of not using either of their remedies is always what is pushed until you submit, and I for one will not go down that road.

During our final tour this last month, one of my family members had told me that her eyes were becoming blurry and that she could not see the road signs which were relatively close. Thinking that she only had to have her contacts replaced, she set up an appointment the following day when we would arrive at our next stop. Upon examination, the doctor stated that she had a drastic change in her visual tests. The doctor then said that the only time that she sees such a big change is when someone has diabetes, which we were not going to own.  This family knows who the Healer is (Acts 10:38).

The doctor went and purchased a blood test, which revealed that her blood was up about 152 mg/dl higher than it should have been. After receiving her new contacts, the eye doctor then suggested going to the emergency room as soon as possible.

So, we set up an appointment the following Monday at the local clinic. Of course, by this time, I had plenty of time to ponder as to what was going on. Flags were already going up at every turn.

When we finally arrived for the scheduled appointment, the nurse wanted to take a blood test. The nurse took the first blood test and then suggested another, and we consented. After the blood tests were done, we were told that the blood needed to be sent to the Mayo Clinic in Rochester, Minnesota, which was going to take at least a week for results to come back in.

Before we knew it, the nurse told us that she had good news for us.

She begins to tell us that she didn’t think that it was this or that, or even the other thing but that my family member has type one diabetes and that she will have to be on insulin for the rest of her life.

I asked, “What was good about that dim prognostication?”

Furthermore, I asked how she could have come up with a prognostication that she had type one or two diabetes and how it was that she could make that diagnosis without getting all the blood results?

At this point, we knew that she was taking directives from someone in that clinic. Sincere as she was, she was lost; she continuously stumbled over as to how she was making this unsubstantiated claim. She ended up seeing the point we were making with our questions.

A couple of minutes later, she comes in with a “deep concern” as to what might be happening with our family members pancreas and that she now needs to take a couple of pictures to see what may be blocking insulin from getting into her blood and wouldn’t you know it, out of nowhere comes in another nurse to start to “teach her how to use insulin twice a day for the rest of her life.”

At this point, I got on the phone with an EMT and a nurse that we trusted and told them what was going on.  I discovered that though diabetes is not to be played with, we were dealing with a system that is not about healthcare, but rather looking to create productivity and to match and connect a diagnosis with insurance codes to tap into the money.

How many of these young, sincere nurses and doctors get out into their field only to find that they are being used to be salespeople for the pharmaceutical companies who make billions every year off the sicknesses that they simply misdiagnose and therefore, are guilty of creating?

At this point, I told this nurse, who by the way had no business bringing this grim diagnosis, what her suggestions were and that we were not going to do anything until we had more information.

Of course, more fear comes from this nurse as to the importance of getting hooked on their remedy because if not, our family member may become blind, and possibly may even die, which we were not buying.

The long of the short of it is that we got to an experienced and caring doctor who told us that this lady had no business giving any diagnosis, that insulin was not the answer, and it would be remedied after a little rest, a good diet and exercise.

So, before taking the doctor's word for any diagnosis that may come down the pipe (There is a reason that they call it “practice”) which pushes you to dependency on the medical and pharmaceutical industry, you may want to take a step back, read and listen carefully as to what the woman that pressed into Jesus knew from experience.

“And a woman having an issue of blood twelve years, which had spent all her living upon physicians, neither could be healed of any, came behind him, and touched the border of his garment: and immediately her issue of blood stanched. And Jesus said, Who touched me? When all denied, Peter and they that were with him said, Master, the multitude throng thee and press thee, and sayest thou, Who touched me?  And Jesus said, Somebody hath touched me: for I perceive that virtue is gone out of me. And when the woman saw that she was not hid, she came trembling, and falling down before him, she declared unto him before all the people for what cause she had touched him, and how she was healed immediately. And he said unto her, Daughter, be of good comfort: thy faith hath made thee whole; go in peace.” (Luke 8:43-48)

The lists of fraud in the medical industry are astounding, to say the least. Below are some incredible links for you to review.