Get the politicians out of reapportionment! 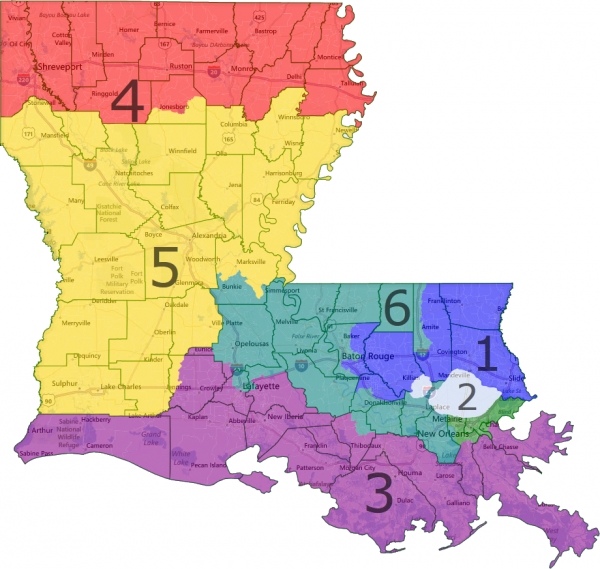 It’s getting close to redistricting time for legislators, both in Louisiana and throughout the country. By federal law, all election districts must be reapportioned every 10 years to reflect the latest census figures. But should legislators, who have a vested interest in how the redistricting lines are drawn, actually be the ones to do the drawing, anyway?

The problem is one of gerrymandering, where district lines are not drawn to reflect geographical or political balance, but to favor the incumbent or some other partisan choice. When legislators do the redistricting, the norm seems to be that the state ends up with meandering footprints meticulously designed, it would seem, to ensure that no incumbent will face serious opposition, regardless of how the political winds are blowing. As one local political observer said, “Think about it this way. In elections, people choose their legislators. In reapportionment, legislators choose their people.”

Gerrymandering, by the way, means to manipulate the electoral boundaries for political gain so as to give undue influence to an incumbent or other favored candidate. The name comes from Massachusetts Governor Elbridge Gerry, who in 1812 created winding districts that looked like salamanders to favor incumbents. Thus the convoluted word – “gerrymandering.”

What most voters want to avoid is the self-dealing by legislators where voting districts slash across communities of interest and geography. A blatant example of winding, disjointed gerrymandering is the Louisiana third congressional district. It winds from the Mississippi border south of New Orleans though the southern part of Jefferson Parish and all the way through south Louisiana up to Lafayette, some 300 miles in length.

So the question for Louisiana voters is this: Are they that concerned that the legislature is, for all practical purposes, creating their own voters? Is this healthy in the Bayou State — or in any other state? Many think it’s not.

So what are the alternatives? What are other progressive states doing to transfer the power of redistricting to a system less driven by self-interest? Fourteen states have assigned the task to officials or panels outside the state legislature. And independent redistricting wears the cloak of good-government reform, as long as a consensus can be built on just who will serve on such panels.  How do you pick the members? How can such a system be put in place that assures voters the final result will be fair, non-partisan, and keep local interests balanced?

Louisiana has a number of bright people with solid business and educational backgrounds that are capable of taking on this controversial task. There are several respected demographers in the Bayou state, and a number of well-qualified professors at Louisiana universities. Retired judges fit the category as well as representatives of some of the state’s good government groups.

When I was first elected to the Louisiana legislature back in 1971, legislative redistricting had taken place just months before.  But the reapportionment plan did not pass federal court muster and was thrown out just weeks before the primary election date. Ed Steimel was head of the Public Affairs Research Council at the time and was appointed by federal judge Frank Polozola to serve as a “special master” to redraw the district lines. Based on Steimel’s rework, the old plan was thrown out and the new court-ordered plan was put in place. There was general agreement that the Steimel Plan was fair and kept the district more cohesive and less spread out. (It must have been good as I won my senate seat easily in the first primary.)

One idea would be to create a Louisiana Fair Reapportionment Practices Commission. Let nominations for serving on the Commission come from the legislature, the Supreme Court, the good government groups like PAR and CABL, the various college boards, and perhaps a key business group or two. Then put all the submissions in a hat and draw out eleven names to serve as members to begin their work right after the new census data is made available.

The goal for such a commission is simple – put the important issue of redistricting into the hands of those with non-partisan interests, instead of those who in the past have been allowed to define the terms of their own cartel. Simply put, it’s just wrong for legislators to draw these districts and then run in them. There needs to be a better way.

More in this category: « Vietnam Vets May be Unknowingly Battling Deadly Parasites Opinion: Taxpayers should be refunded for settling politicians’ harassment claims »
back to top