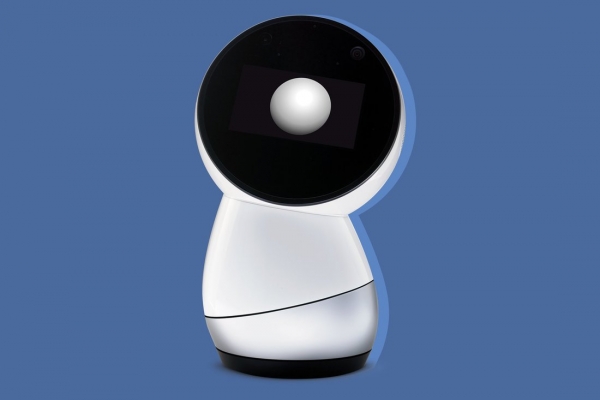 While 2017 isn’t over, Time magazine has already published the list of its “25 Best Inventions of 2017.” Now you’ve probably read about this already, but a little explanation is in store.

So after the iPhone X was first announced, the critics lambasted Apple for being late to the party with some of its important features. Take OLED displays, which have already appeared on Android smartphones. It’s important to note that Samsung makes the iPhone X’s display. Whatever you think about Samsung’s penchant for stealing ideas from other companies, it certainly has the chops to build the parts tech companies need, such as displays, memory and other components.

Facial recognition is also nothing new, and Face ID was attacked for being insecure and slow even before the critics had a product to evaluate. So even though reviewers, including Consumer Reports, have praised Face ID, there were complaints about privacy and other matters. The difference is that, for the most part, Apple made it work pretty much as advertised. Yes, I know about the problems with twins and some other exceptions.

The TrueDepth camera that allows Face ID to work is something altogether new and different from the rest of the pack. You can expect the competition is working full time to somehow reverse engineer this technology.

Apple also did away with the Home button, and rather than replacing it with a virtual alternative, which would probably have been the simplest scheme, they devised new iOS 11 gestures to allow you to bypass a physical or virtual button and still get things done. I grant it’s a bit of a learning curve, and it might be confusing to switch back to an iOS device with a Home button, such as an iPad. In the end, you expect the Home button to vanish from those products too as they inherit edge-to-edge displays.

When you add all this and other design factors together, it’s no wonder the iPhone X was included among those 25 products.

Yes, the Time magazine piece concedes that “some of these features first arrived on devices from Samsung and LG.” But clearly Apple made them work better, which is why it was rated “A Smarter Smartphone.” This is in keeping with Apple’s penchant to take features that originated elsewhere and improve and simplify them.

Other top-rated inventions include “Stronger, Safer Football Helmets” and “Guilt-Free Ice Cream.” If you’re dieting, the latter, Halo Top ice cream, touts from 240 to 360 calories per pint. This is in the range of a single slice of pizza from Pizza Hut and Little Caesars, but can you imagine getting a whole pie of decent size with so few calories?

Then there’s a sideways elevator! I’m serious, and this is something written about over the years in sci-fi stories. I know I mentioned it in one of my novels.

Along with being declared “smarter,” the story about the iPhone X is accompanied by interviews from Apple hardware chief Dan Riccio, and chief design officer Sir. Jonathan Ive.

While those interviews have been quoted elsewhere, call me jaded enough to regard some of the statements about Apple’s design process as corporate spin. Apple only wants you to know of its successes, and how it understood when to drop old features in a product and embrace something new.

An example is the headphone jack that was removed from iPhones last year to mixed reaction from customers and critics. We don’t talk about it all that much this year, and Android fans don’t have much of an argument to make in light of the fact that Pixel 2 phones from Google also ship without headphone jacks.

This is part of Apple’s DNA, to know when it’s time to remove old features and move on. You can date that practice back to the arrival of the very first iMac in 1998. Apple ditched SCSI, ADB and other peripheral ports, and eliminated the floppy drive. Instead, they embraced USB which, up till then, hadn’t done much on the Windows platform.

It took a few years before we no longer relied on floppies, and, with adapters aplenty, you could still use many of those old peripherals until it was time to move on.

So today it’s headphone jacks, though they may still exist on the iPad and on Macs for a while. The Home button is clearly on the chopping block, if only to keep the iOS interface consistent among all products. Face ID is also destined to replace Touch ID, perhaps as early as next year, so in that respect the new features on the iPhone X serve as a harbinger of things to come.

Indeed, some day there may not even be a Face ID to unlock your device. Maybe Apple will have an embedded EEG and read your brainwaves instead. While there may be hacker tricks to get around Face ID and Touch ID, brainwaves?

No, I have no inside information about Apple’s future plans. Consider my suggestion about brainwaves to be nothing more than a random idea.

But Apple is a company known to seek newer and better ways to do things, and ditching old, obsolete features, or features the company deems obsolete.

The critics may complain that the iPhone X doesn’t do much that’s original, that perhaps it didn’t deserve the accolades it received from Time. The apparent success of the iPhone X, and how it influences future smartphone designs, though, will probably demonstrate again that the critics are dead wrong about Apple and its abilities to innovate.

More in this category: « Consider the Source America! Accusers are Guilty! Rev. Jesse Jackson Reveals He is Battling Parkinson’s Disease »
back to top