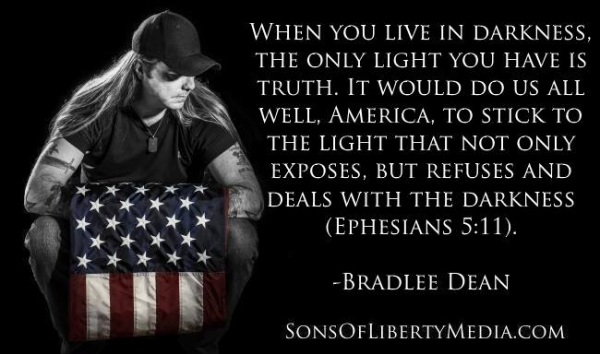 All politics formed against Christ and His Gospel end at last in the destruction of those who contrived them. –George Whitfield

It never ceases to amaze me of the absolute criminal conduct of the state-controlled media that continuously puts the cameras and microphones up to the mouths of corrupt politicians who are doing everything in their power to protect the establishment that is attempting to destroy not only Judge Roy Moore, but this country as well.

Keep in mind that those who are accusing Moore have been busted time and time again in lie after lie and scandal after scandal.

Setting the CIA-controlled media aside, which 94% of Americans claim that they do not believe (Romans 1:18), let’s cut to the chase and address those who are personally accusing and attacking Roy Moore (Revelation 12:10).

This is only the tip of the iceberg….

“I think he should step aside,” said McConnell.

When asked by a reporter if he believed the allegations, McConnell responded: “I believe the women, yes.”

Let’s now take a look at McConnell himself.

We have all known for some time that many politicians have been engaged in drug trafficking while playing the hypocrite and advancing the “war on drugs.” It’s was reported (Not by the mainstream media) that the Ping May, a cargo vessel owned by the in-laws of Kentucky Senator Mitch McConnell, was boarded by Colombian inspectors and they discovered roughly ninety pounds of cocaine in forty separate packages.

The seizure of the narcotics shipment in the Caribbean port occurred far away from Kentucky, the state in which Senator Mitch McConnell is now facing a career-defining election. But the Republican Senate minority leader has the closest of ties to the owner of the Ping May, the vessel containing the illicit materials: the Foremost Maritime Corporation, a firm founded and owned by McConnell’s in-laws, the Chao family.

Though Foremost has played a pivotal role in McConnell’s life, bestowing the senator with most of his personal wealth and generating thousands in donations to his campaign committees, the drug bust went unnoticed in Kentucky, where every bit of McConnell-related news has generated fodder for the campaign trail. That’s because, like many international shipping companies, Chao’s firm is shrouded from public view, concealing its identity and limiting its legal liability through an array of tax shelters and foreign registrations. Registered through a limited liability company in the Marshall Islands, the Ping May flies the Liberian flag.

McConnell’s ties to the Chaos go back to the late 1980s, when James Chao began donating to the senator. In 1993, McConnell married James’s daughter, Elaine Chao, a Republican activist and former Reagan administration official who would later serve as secretary of labor in the George W. Bush cabinet. James Chao immigrated to the United States from Taiwan, and founded the Foremost Maritime Corporation upon settling in New York. The company has grown significantly over the years, from acting as maritime agent during the Vietnam War to controlling a fleet of approximately sixteen dry-bulk cargo ships in operation today.

Or how about traitor Senator John “Songbird” McCain?

He said of Roy Moore, "The allegations against Roy Moore are deeply disturbing and disqualifying.  He should immediately step aside and allow the people of Alabama to elect a candidate they can be proud of."

Let me remind you of a piece of Songbird’s history.

The Keating Five were five United States Senators were accused of corruption in 1989, igniting a major political scandal as part of the larger Savings and Loan crisis of the late 1980s and early 1990s. The five senators – Alan Cranston, Dennis DeConcini, John Glenn, John McCain, and Donald W. Riegle, Jr. – were accused of improperly intervening in 1987 on behalf of Charles H. Keating, Jr., Chairman of the Lincoln Savings and Loan Association, which was the target of a regulatory investigation by the Federal Home Loan Bank Board (FHLBB). The FHLBB subsequently backed off taking action against Lincoln. Lincoln Savings and Loan collapsed in 1989, at a cost of over $3 billion to the federal government (taxpayers). Some 23,000 Lincoln bondholders were defrauded and many investors lost their life savings. The substantial political contributions Keating had made to each of the senators, totaling $1.3 million, attracted considerable public and media attention. After a lengthy investigation, the Senate Ethics Committee determined in 1991 that Cranston, DeConcini, and Riegle had substantially and improperly interfered with the FHLBB's investigation of Lincoln Savings, with Cranston receiving a formal reprimand. Senators Glenn and McCain were cleared of having acted improperly, but were criticized for having exercised "poor judgment."

Mitt Romney said, “Innocent until proven guilty is for criminal convictions, not elections. I believe Leigh Corfman. Her account is too serious to ignore. Moore is unfit for office and should step aside.”

This is the same guy that fooled enough of those who call themselves Republicans that he was their candidate.

WOW! What he told these Republicans is the very opposite of what he did (Matthew 7:16).

Just think, America, these are the ones who have been exposed and were caught.

Your compassion for them for their crimes is a weakness that your enemies do not and will not share. Criminals thrive on the indulgences of society’s understandings. The corrupt depend upon you in your ignorance of the Constitution and the embodiment of its laws.

When you live in darkness, the only light you have is truth. It would do us all well, America, to stick to the light that not only exposes, but refuses and deals with the darkness (Ephesians 5:11).

Benjamin Franklin rightly said, “A nation of well-informed men who have been taught to know and prize the rights which God has given them cannot be enslaved. It is in the religion of ignorance that tyranny begins.”

Finally, to those who want to play folly with the children of the God of Abraham, Isaac, Jacob and our Lord Jesus Christ, you may want to take a minute to ponder your next move before doing so (Psalm 2; Proverbs 26:27; Matthew 16:17-19; 2 Thessalonians 1:6).

Thomas Lye confessed, “I had rather stand against the canons of the wicked than against the prayers of the righteous.”

That is a lesson the wicked will relearn once again, and very soon.

“Why do the heathen rage, and the people imagine a vain thing? The kings of the earth set themselves, and the rulers take counsel together, against the Lord, and against his anointed, saying, Let us break their bands asunder, and cast away their cords from us. He that sitteth in the heavens shall laugh: the Lord shall have them in derision.” - Psalm 2:1-5

More in this category: « Opinion: Surprise! The men you’ve granted political power are pigs Gene's Technology Corner: Kudos for the “Unoriginal” iPhone X »
back to top