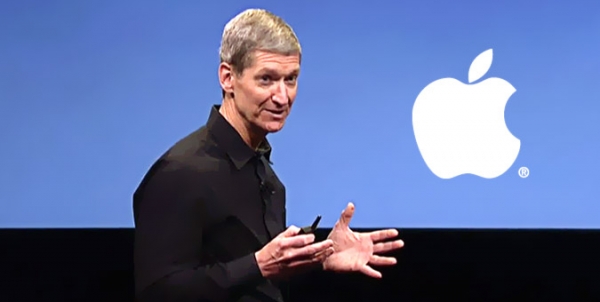 Let me get to the basics first: Apple’s fourth fiscal quarter financials were a blowout by any reasonable estimate. Up until the announcement, it was believed by many that iPhone 8 sales weren’t so good. Reports that iPhone sales in China were up by a decent margin were taken seriously, however, but regarded as only temporary.

The assumption has been that people held off buying new iPhones until the iPhone X was due to arrive. With reports of various and sundry production delays, it was questionable whether there’d be enough supplies on hand to meet demand. It even seemed to be a self-fulfilling prophecy, what with shipping estimates slipping to five or six weeks minutes after preorders went live; however, there are now reports that units are shipping ahead of estimates, and that shipping delays in some countries, including the U.S., have gone down to three or four weeks. So maybe things are getting better.

But lots of things were better than analysts expected.

Despite skepticism about the success of the iPhone 8, Apple reported sales of 46.7 million units, up 2.6 percent from the year-ago quarter. Analysts expected sales to hit the 46.5 million mark. All this despite the pent-up demand for the iPhone X that couldn’t be filled until this quarter.

But that’s not all.

After many quarters of falling sales, the iPad may be on a roll. Sales hit 10.3 million units, up 11 percent from last year. This is the second straight quarter of rising iPad sales, no doubt influenced by the 10.5-inch iPad Pro, introduced at the June Worldwide Developers Conference. According to the NPD Group, the iPad had a 54% share of the tablet market in the U.S for that quarter.

Does that mean that iPad sales are destined to soar once again? Well, it’s a start, and perhaps the new multitasking features in iOS 11 are giving Apple’s tablet a new lease on life.

I was particularly interested in Mac sales, though, because two industry surveys didn’t come close to estimating the results accurately.

It begins with those published reports of falling sales, or, at best, a slight increase over last year. Gartner claimed that Apple sold 4.61 million Macs for the September quarter, a drop of 5.6%, a little more than the average for PC companies. IDC estimated sales of 4.9 million, an increase of just 0.3%.

The reality was something altogether different.

So Apple reported sales of 5.4 million Macs, representing an increase of 10% from the previous year. In its quarterly conference call with financial analysts, Apple said fiscal 2017 delivered the highest Mac revenue, ever, and September quarter sales were the best ever for Apple’s fourth fiscal quarter. Educational market sales reportedly grew by double digits compared to the year-ago quarter, despite the competition of cheap gear, such as Google Chromebooks.

Clearly Gartner and IDC, both of whom have undercounted Mac sales before, need to evaluate their survey methods, because they failed big time on these estimates. Then again, IDC once suggested that Windows Phone was destined to supplant the iPhone in the smartphone race.

The Apple Watch is also doing well, with unit sales up 50% for the third consecutive quarter. It’s reportedly the best selling smartwatch on Earth, but wouldn’t it be nice if Apple consented to deliver exact sales, as they do with other products? Despite the fact that Apple is required by law to deliver accurate numbers, the skeptics will assume there’s some measure of corporate spin around.

In fact, I see more and more of them on the hands of people who travel with me on my ride sharing gigs. I’m still happy with my $12.88 Walmart watch, though, which is now on its third battery. Maybe some day.

As far as the iPhone X is concerned, the positives come from CEO Tim Cook, who says that demand  is “very strong.” He also reported improved production, saying, “we’re really happy that we’re able to increase week by week by what we’re outputting, and we’re going to get as many of them as possible to customers as soon as possible.”

The fact that waiting times are dropping does indicate that production may actually begin to match demand by the end of the year, or shortly thereafter, meaning there will be reasonably plentiful supplies for the holidays. That appears to explain Apple’s optimistic guidance for the quarter, with estimated revenues between $84 billion and $87 billion, and gross margins between 38 and 38.5 percent. Thus it’ll be the company’s best quarter ever.

In other notes culled from the conference call, the highly profitable services business grew 40%, and Apple’s sales have doubled in India. The company’s cash hoard soared to $268 billion, an increase of $7.4 billion over the previous quarter.

Clearly Wall Street is impressed, with Apple’s stock reaching $173.38, an increase of $5.27, in after hours trading.

More in this category: « What we learned from the Astros' World Series win Mandatory gun insurance coming? »
back to top