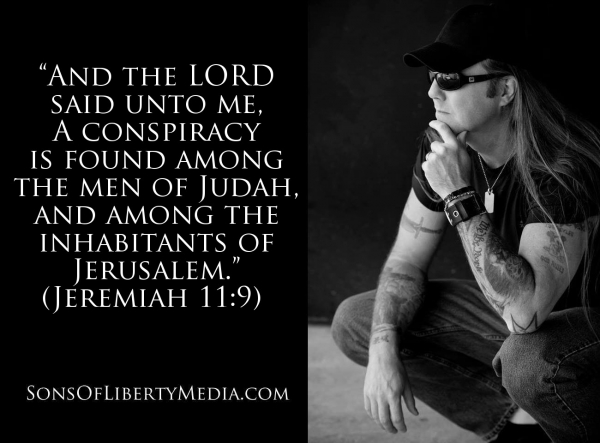 I have a couple questions for you to preface this week’s column.

Who is Leon Czolgosz? Who is Charles J. Guiteau?

Most people do not know who these men were because at the time, it was for the world to know the facts as to what took place concerning these assassinations.  These were not conspiracies.  They were simply two men who took things into their own hands and committed the act of murder (1 John 3:12).

There were no diversions, no media cover-ups. They were simple cases to solve, as it was reported through eyewitness accounts and easily solved.

Now, let me ask you who was John Wilkes Booth?

Most can speedily answer with “That’s easy, that was President Abraham Lincoln’s killer!”

The same with John F. Kennedy’s assassination, that Lee Harvey Oswald was responsible.

Year after year, new generations are raised up to believe, by the media and lies in textbooks, that John Wilkes Booth and Lee Harvey Oswald were solely responsible for the assassinations of these two presidents.  A Gallup poll, for what it’s worth, taken in the U.S., reveals that 61% of the American people still believe that the JFK assassination was a conspiracy while the establishment media is hard at work doing their best to keep the up and coming generation deceived into believing their contrived theories and covering for those who are committing the act of conspiracies.

P.S. In this country it is the American people that are the government! Read the preamble to the U.S. Constitution.

Reading of the Declaration of Independence! https://www.youtube.com/watch?v=Bsb4unDVHoA

As a matter of fact, you will find that for decades in this country, it has been the controlled media who has been demonizing and accusing those of being “conspiracy theorists” or just plain “crazy” when it comes to questioning the narrative that they attempt to set.

Below are Conspiracies that were sold by the controlled media as “conspiracy theories.”

“Operation Mockingbird,” was a fully implemented CIA program to spread disinformation throughout American media.  CIA Director William Colby testified to the Church Committee that over 400 CIA agents were active in the U.S. media to control what was reported through American mainstream television, newspapers and magazines.

In the early 1960s, American military leaders drafted plans to create public support for a war against Cuba, to oust Fidel Castro from power. The plans included committing acts of terrorism in U.S. cities, killing innocent people and U.S. soldiers, blowing up a U.S. ship, assassinating Cuban émigrés, sinking boats of Cuban refugees, and hijacking planes. The plans were all approved by the Joint Chiefs of Staff, but were reportedly rejected by the civilian leadership, then kept secret for nearly 40 years.

"It is the function of the CIA to keep the world unstable, and to propagandize and teach the American people to hate, so we will let the Establishment spend any amount of money on arms." -John Stockwell

In 2002, Rockefeller authored his autobiography Memoirs wherein, on page 405, he wrote:

“For more than a century ideological extremists at either end of the political spectrum have seized upon well-publicized incidents … to attack the Rockefeller family for the inordinate influence they claim we wield over American political and economic institutions. Some even believe we are part of a secret cabal working against the best interests of the United States, characterizing my family and me as ‘internationalists’ and of conspiring with others around the world to build a more integrated global political and economic structure – one world, if you will. If that’s the charge, I stand guilty, and I am proud of it.”

Now think of that.  The media, in whom 94% of the people do not place any trust, and rightly so, wants you now to believe them when they tell you something that is in stark contrast to what the eyewitnesses have seen with their own eyes concerning the shooting that took place in Las Vegas.

Look at the diversions and inconsistencies that are taking place.

Furthermore, the stupidest and most telling thing that the controlled media has done here is tried to convince Americans to disarm in the face of an alleged mass murderer with a gun.

How stupid do they expect the people to be? (Just look to Hollywood) This is very telling as to the responsible party when you see a concerted effort from corrupt politicians, as well as the corrupt media, to call for gun control.

Here are some videos and articles for you to see which contradicts the controlled media narrative.

Timeline of the Las Vegas shooter continues to

And here you have the media attempting to demonize anyone that questions their propaganda because it does not fit their narrative.

Shooting a Watermelon with Shotgun and tells viewers that it is an AR 15? Not!

Las Vegas Sheriff told “Don’t go there!” by the FBI!

Conspiracies are very real and they continually breed when you let the conspiracy go as a theory. Remember who is telling you it is a theory.  For history shows us, that it is, in fact, the media giving cover to those who are committing the act of conspiracy.

More in this category: « Childhood Obesity is Exploding – Why and How to Stop It UNC provides playbook for colleges to keep athletes academically eligible »
back to top