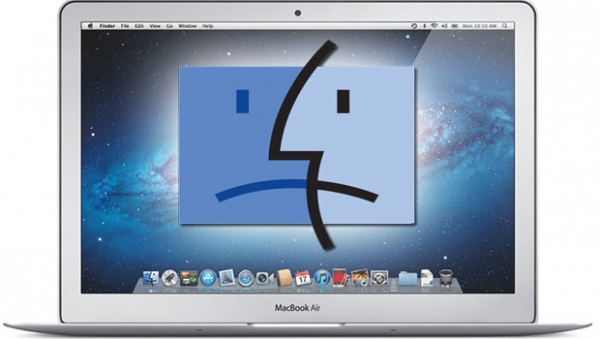 In the old days of the Mac, back in the 1980s and 1990s, the suggestion that they were immune to computer viruses would have been laughed at. It wasn’t nearly as bad as on the Windows platform, but you definitely needed to run antivirus software.

I learned that lesson the hard way in the late 1980s when, as the owner of a brand new Macintosh IIcx, I was in search of software. It wasn’t so easy in those days, as most computer stores had PC applications, MS-DOS aplenty, but if there was anything for the Mac at all, it occupied a single dusty shelf usually located in the rear of the store.

Well, one day I visited Egghead Software, a long-departed chain with an outlet in Edison, NJ, and I bought Pyro!, a screensaver from a well-recognized utility publisher of the time, Fifth Generation Systems. After installation, one of my apps, QuarkXPress, reported a corruption problem. Well, I downloaded some antivirus software, shareware, and gave my Mac a scan.

Sure enough, that screensaver was infected with a virus; I forget which. It was only a few days since I set up the Mac, and thus I hadn’t really done much real work on it. So I wiped the drive, reinstalled everything — except for that screen saver — and all was well. The antivirus software was known as Virus Detective, long since abandoned by its author.

Now I’m not at all sure where in the production or sales chain that utility app got infected. I returned it to the dealer, who gave it a moment’s attention and offered to exchange it or give me my money back. I took the latter route, and decided to take my business elsewhere. No reason to take chances.

Around 1990 or so, working at a prepress studio, we were processing client floppies to send output to a high-end phototypesetting machine which produced high resolution film or positives. The shop set up antivirus software on all our Macs, and we often ran into a so-called desktop virus known as WDEF. I joined the rest of the staff in gently explaining to our customers how to protect themselves from these things.

I continued to run antivirus software on my Macs until the Mac OS X era arrived in 2001. While it wasn’t advertised as free of malware, it was Unix-based and far more secure. Thus most outbreaks were more about social engineering. So you’d click a link in an email or on a site, or download and install something that contained the payload. If you were careful and avoided such traps, you would be all right.

Perhaps the worst outbreak occurred in 2012, involving a Trojan Horse known as Backdoor. Flashback, which infected Java. A lot has changed then, and Apple ended up letting Oracle, Java’s owner, handle the updates. It also meant that I opted to stay away from apps developed in this cross-platform environment wherever I could.

But it wasn’t always easy or apparent where I’d run across Java. So, for example, I still use an older version of Adobe Photoshop, version 12.1, part of CS 5.5 from 2011, partly because I’m not inclined to want to subscribe and pay forever to keep the latest versions running.

However, as many of you with newly-installed versions of macOS can testify, you also have to locate and install an old Java 6 update for Photoshop to launch. Wasn’t it supposed to be a native Mac app?

While there are occasional Mac malware outbreaks out there, I have yet to see the need to install antivirus software. You see, Apple provides its own level of basic malware protection, regularly updated. That’s one way Flashback was eradicated. Businesses who run both Macs and PCs may install security software on the former. But a main reason is that some Mac antivirus apps will guard against PC viruses too, so it protects you against an accidental cross-platform infection.

As a practical matter, a good way to avoid possible malware is to only download and install apps from the Mac App Store or from a recognized third-party publisher’s site. It’s not a good idea to just search at random for something cool, because something cool may contain something that’s not so cool. One app that has garnered plenty of complaints is MacKeeper, which offers to provide a host of cleanup and protection functions. But some feel it may cause more trouble than its worth, and it can be difficult to remove once it installs itself on your Mac.

One cleanup app that does do what it claims is Cocktail, which basically puts standard macOS cleanup, maintenance and repair functions in a pretty interface for easy access. It’s one of those added ounces of protection that you may never need, but it’s worth a try if your Mac suddenly seems to run a little too slowly for no discernible reason.

Otherwise, always be skeptical about emails claiming to be from a business or financial institution that you may patronize. It’s a common way to fool you into going to a bogus site and giving up your login information. If you get a message that there’s a problem with your account, it doesn’t hurt to just go to the firm’s site and login directly and check out the situation. Scam emails pretending to be from PayPal and large banks are all-too-common.

If you are careful about downloading stuff, and you watch out for bogus links in email, you’re likely to reduce or eliminate the need for installing security software. I mean, it probably doesn’t hurt to run one of those apps, except that the ones that offer automatic background scanning may also slow down your system or cause some instability. The Mac App Store has some free or low-cost antivirus apps that will do on-demand scanning, meaning you run them when you want, and otherwise they don’t do anything to impact performance.

More in this category: « America, Are You Drinking the Kool-Aide? Chomsky’s Optimism over Despair won’t make you optimistic »
back to top