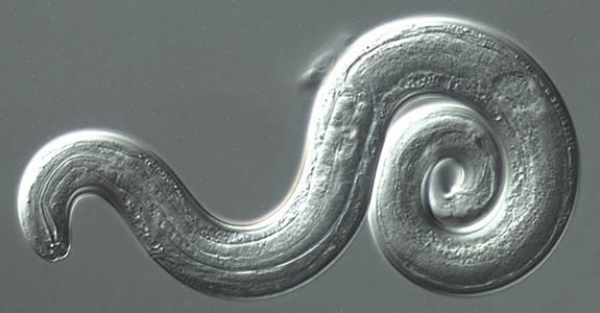 This year, nine confirmed cases of rat lungworm disease have surfaced in Hawaii (Maui and the Big Island), and a couple in California who recently traveled to the Aloha State  came down with symptoms after they returned home from their honeymoon. Four additional cases have been suspected since the start of the year and fortunately no deaths have been reported. The Hawaii Department of Health confirmed 11 cases in 2016, and between 2007 and 2015, 42 cases were reported.  Here are your questions answered.

What is Rat Lungworm?

It's found primarily in Southeast Asia and the Pacific Basin but up until recently it's been extremely rare in the United States.  In 2015 a study published in the Journal of Parasitology cited cases had been reported in Florida, Alabama, California, Louisiana, and Hawaii.

It primarily lives in rodents but the larvae can be passed to other species through rat feces.  Adult nematodes live in the pulmonary arteries of rats.  The females lay eggs and these, once they hatch and become first stage larvae, may migrate to the rat’s throat and then enter the GI system, eventually exiting through feces.

What are the symptoms of Rat Lungworm?

The incubation period, on average, can be anywhere from a week to three weeks and symptoms could start within that time and possibly last for months.  Neurological sequelae of the survivors can last for extended periods of time.

How does one contract Rat Lungworm?

An individual could become exposed to A. cantonensis when one eats undercooked slugs, snails, frogs, shrimp, mollusks and contaminated fruits and vegetables.  Slime from slugs may also be a source of contamination of the deadly parasite.

How do we know Rat Lungworm is the cause of one’s symptoms?

If a person presents with symptoms of meningitis, the cerebrospinal fluid, or fluid surrounding the brain and spinal cord is able to be sampled during a lumbar puncture. The needle entering through the back could aspirate enough of a sample for laboratory technicians to determine if the meningitis is caused by bacteria, virus or parasites, the latter of which causing a higher concentration of eosinophils to be demonstrated in the CSF fluid as well as the blood.

What is the treatment for Rat Lungworm?

Currently there is no official treatment of the parasite.  The parasite will die on its own but can do so in a relatively short amount of time such as days, or become latent for months.  Dead worms could also cause severe neurological symptoms. Symptomatic measures of the patient are instituted to help with pain, although some have been treated with steroids and antiparasitic medications.

How do we avoid Rat Lungworm?

Make sure all raw vegetables are washed thoroughly,  Handle slugs and snails with gloves and wash hands diligently.  The University of Hawaii recommends boiling snails for at least 3-5 minutes prior to preparing for consumption.  And keep rodents, snails and slugs away from your food and kitchen counters.

More in this category: « 5 reasons why Amazon has the best streaming video app The many reasons not to buy E15 gasoline »
back to top