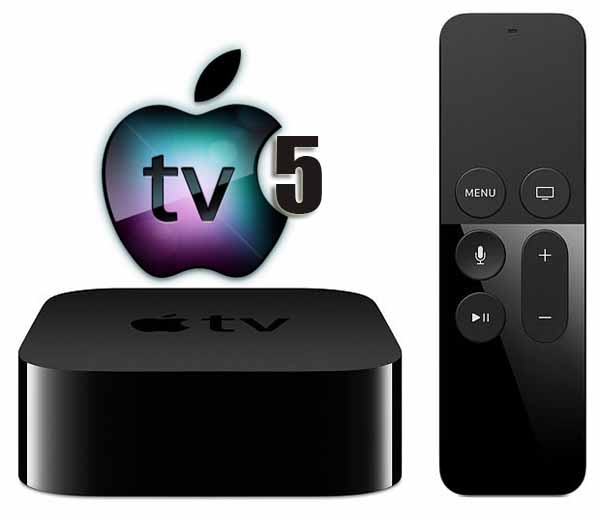 If you have more than one wireless phone line, switching to another carrier isn’t necessarily easy, but I can only give you my personal experience in considering the possibilities.

So I desperately want to cut the price, but I need lots of bandwidth and solid coverage wherever I travel. One of the people on my current plan, with AT&T, lives in a rural area of Arizona were reception is just terrible. But he tells me that, based on the experience of a friend, T-Mobile ought to deliver better service in his area.

I’ve looked at the coverage maps, and it does appear that T-Mobile is second to Verizon Wireless in that region. But as many of you know, coverage maps are at best an approximation of the quality of service you’ll actually receive. You may not know the truth until you make the switch. But even if you get a great deal, and T-Mobile even offers to pay off your current handset purchase plan to get your business, there’s no guarantee service quality will suit your needs.

But after you’ve switched to the new carrier, transferred the phone numbers and maybe traded in your old equipment, what if you realize you made a mistake? Carriers will usually allow you to cancel your service if you’re not satisfied. T-Mobile’s offer is 20 calendar days after you receive your equipment.

Does this mean you get the gear you traded in back? Can you then return to your old carrier, move the numbers back, and go about your business as if nothing happened? I can’t see how this is going to be an easy process unless you own all your equipment outright and can go where you want, assuming the carrier’s network is compatible. They don’t make it easy, so assume that switching is going to be a one-way street without being forced to jump some large hoops.

In any case, on this weekend’s episode of The Tech Night Owl LIVE, we presented outspoken commentator Peter Cohen, who, in response to Gene’s search for a better deal with a wireless carrier, talked about T-Mobile, its advantages and limitations. He mentioned the Band 71 issue, the new 600 MHz spectrum that T-Mobile is rolling out to some parts of the U.S., and the fact that flagship gear from Apple, Samsung and other companies are not yet compatible. The discussion moved to the new Apple TV, the issue of cable/satellite cord cutting, and the dangers of fragmentation, where there are so many services vying for your subscriptions that it may become must too expensive to watch all the new shows that require separate memberships. What about the new iPhones, and especially the iPhone X with Face ID for logging in rather than Touch ID? What about macOS High Sierra, which is officially released on September 25th, the day this article posts. Does the lack of support, at least for now, for all those Macs with hybrid Fusion drives cause any problems?

You also heard from columnist Joe Wilcox, who writes for BetaNews. He explained why he recently switched from T-Mobile to Verizon Wireless, mostly to improve coverage, but is now considering a return to the former. The discussion covered the ongoing dilemma of choosing the right carrier. And what about published reports that T-Mobile and Sprint, the two smaller major carriers in the U.S., might be ready to ink a deal and merge? It’s not the first time this move has been rumored. Gene and Joe also talked about the new productivity features in iOS 11, and whether they might impact the use of the iPad as a productivity tool. There was also a brief discussion of macOS High Sierra before the conversation moved to the Apple Watch Series 3, which comes in a version with LTE so you can use it to make phone calls without connecting it to an iPhone. Does this huge step now liberate the Apple Watch so it can do most things all by itself? Does the future take us away from a big smartphone to a tiny smartwatch?

On this week’s episode of our other radio show, The Paracast: Gene and guest co-host J. Randall Murphy submit themselves to questions about UFOs and their background in the field of Ufology from Paracast listener Louis Sheehan. Gene talks about his history as a UFO researcher and writer, and about a series of recurring nightmares during a period when he constantly smelled the odor of burnt sulphur, both of which may have significance as paranormal events. Gene also discusses at length his favorite episodes of The Paracast and debates, with Randall, the original and current meaning of the acronym “UFO,” and why Gene is not necessarily a believer in the most popular theory, that the flying saucers are spaceships from other planets. As Gene often states, would we even recognize the product of a highly advanced spacefaring technology?

The entertainment industry has given us one thing, and sort of taken away something else, and it all begins with the fifth generation Apple TV, which adds 4K and HDR as its main new features.

So as the new set-top box shipped, Apple announced an important change to the iTunes movie rental policy in the U.S. So up till now, you had 30 days to start watching the movie. So far so good, but once you began, it would self destruct in 24 hours. If you weren’t finished, that’s too bad; just rent it again.

That was not a policy set by Apple to inconvenience their customers. It was clearly enforced by a greedy and paranoid movie industry that didn’t recognize reality. There may be many reasons why someone can’t finish a movie. Whether a family matter or something else interrupts the process, it doesn’t matter. Did the industry really believe that people will happily rent a movie a second time without protest?

Well, the policy has changed. It’s now a slightly more reasonable 48 hours. It’s probably enough for most people, but it still fails to respect the customer. After all, you could rent a physical movie from a video store — when there were video stores — and hang onto them for a few days before you had to return them without the late fees. The original Netflix DVD rental model allowed you to keep one movie until you wanted another, in which case you sent the one you had back, and another was shipped in its place. What you paid per month depended on how many DVDs you wanted at one time.

Yes, Netflix still allows you to rent physical movies, although that service has become a much smaller part of its business. These days, it’s pretty much all about streaming, and what you pay depends on whether you want standard definition, high definition or even 4K, assuming your ISP gives you the speeds you require for the latter, usually estimated at 25 megabits or more.

Now when it comes to 4K, Apple has begun to offer a wider range of content in the higher resolution format. At the same time, they have imposed a significant limitation on your freedom to enjoy the movies you’ve bought or rented.

On the positive side, 4K movies cost the same to buy or rent as HD, except, evidently, for Disney which does not, at least so far, support the new policy. Your existing movies can be updated to 4K without cost, when the improved versions are available. So far so good.

But in a support document, Apple says you can only download the HD version; 4K content must be streamed from Apple’s servers. There is no way to store them on your local device. What this means is that you are basically stuck if you don’t have a fast enough broadband connection, experience a temporary outage, or you’re in danger of hitting your ISP’s data cap.

Now it could be that Apple doesn’t want to overextend its servers for the time being, just playing a 4K movie will have less impact than downloading the entire thing along with all the iTunes extras. Maybe. At least until you want to watch it again.

Or perhaps, in exchange for the free 4K upgrades and the standardized pricing, the industry forced them to impose that restriction. But Apple won’t necessarily tell us, though I suppose some journalists might ask. It may well be that it’s the entertainment industry once again that wants to inconvenience us in exchange for handing us a benefit.

I cannot see where potential piracy might enter the picture. If someone wants to pirate a movie, it will hardly go through traditional channels. Such content ends up on torrent sites and other sources of illegal content.

Besides, I do believe most people are happy to pay a fair price for a product or service, and don’t have the time or inclination to want to search for a freebie. Remember, too, that illegal content is a known source of malware.

Again, I would hope the inability to download 4K movies from Apple is only temporary, and that when things settle down, you’ll have the freedom to do what you want within the usual license constraints. Or maybe it’s better to just pay a little more and buy a physical Ultra HD Blu-ray version. I see that, except for special discounts for older Blu-ray content, the 4K versions at Amazon generally carry a $5 price premium. But you don’t have to worry about streaming.

Well, you do need a player, of course, and there aren’t many of those to be had, and they are generally available at much higher prices than regular Blu-ray. And you have to watch out for the 4K upscaling players that only support HD content. They don’t play native 4K. So you’ll want to check the fine print and confirm the specs.

So if you have a bright, beautiful 4K set in your living room or bedroom, expect to pay and pay again to enjoy that content. Even then, unless the display is large enough, and particularly if it has HDR support, you may not even see much of a difference over “old fashioned” 1080p.

Oh and by the way, the Night Owl is making arrangements with manufacturers to review some 4K hardware. I’ll have more to say on that score in the very near future.

Gene Steinberg is a guest contributor to GCN news. His views and opinions, if expressed, are his own. Gene hosts The Tech Night Owl LIVE - broadcast on Saturday from 9:00pm - Midnight (CST), and The Paracast - broadcast on Sunday from 3:00am - 6:00am (CST). Both shows nationally syndicated through GCNlive. Gene’s Tech Night Owl Newsletter is a weekly information service of Making The Impossible, Inc. -- Copyright © 1999-2017. Click here to subscribe to Tech Night Owl Newsletter. The full text of newsletter #930 is reprinted here with permission.