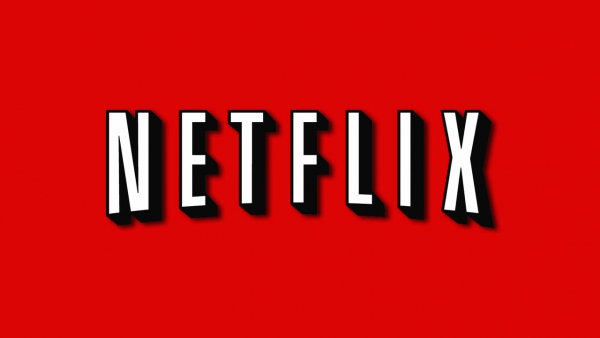 Remember way back in 2011 when Netflix bungled their streaming/DVD unveiling and announced a 60 percent price increase? Social outrage resulted in an almost 80 percent drop in Netflix’s share price in four months, and cost them over 800,000 subscribers.

Well, Netflix is back at the bungling with its March announcement for plans to drop its five star rating system in favor of a “thumbs up/thumbs down” approach. Netflix has an adorable short video explaining the change. The “ratings makeover” was widely reported online but had little impact on social media, and, in turn, the internet released a collective, “meh.” But now that Netflix has actually gone through with the change, subscribers are not happy.

The fine folks over at the The Mary Sue covered the Reddit and Twitter hate with their “Backlash Against the New Netflix Rating System Shows That People Want and Miss Nuance.”  Polygon, Variety and even the New York Post jumped on the bandwagon with “Thumbs Down” editorials.  I found Indiewire’s “Netflix’s New Rating System is a Terrible Idea” to be the best read.

But Todd Yellin, Netflix's VP of Product, sticks to his guns. “Five stars feels very yesterday now. The five-star rating system really projects what you think you want to tell the world. But we want to move to a system where it’s really clear, when members rate, that it’s for them, and to keep on making the Netflix experience better and better.”

It will make my Netflix experience better, huh? What kind of malarkey is this? It’s actually making me kind of angry. Don’t make me angry, Netflix. You wouldn’t like me when I’m angry.

So, what IS wrong with new approach and is there any chance we can get a random superhero appearance (as often seems to happen in your stories)?

Ugh. And maybe (depends on how angry I get).

My first and foremost thought about the change is the lack of nuance. Netflix’s five star rating broke it down like this:

There are problems already. Do you know how many films I want to rate 3.5 stars? Or 2.5 stars? Lots! That’s how many! Lots! Netflix doesn't allow that! One to five stars is already a tad limiting and now they expect me to vote yes or no?  Um, I don’t think so.  In fact, I’m pretty sure I will just not rate movies on Netflix. It’s not improving my Netflix experience, yet.

I decided to post a righteous, whiny rant on my Facebook page and complain about Netflix. I sought solace from my English-y lit friends, and Pat Harrigan, part time editor for M.I.T. Press and author of the novel “Lost Clusters,” does not disappoint, “Dammit! 1-5 is perfect; it maps intuitively onto an A-F grading system, and avoids having to distinguish Jesuitically between things like “9 or 10 stars .. Godfather 1 vs. Godfather 2? No one has the time for that; give them both 5 stars and move on. But thumbs up vs. down is a commercial distinction (“buy vs. don’t buy"). Siskel and Ebert both hated it, and you’re right to hate it too.”

Actually, though, to be fair, Gene Siskel, the late Chicago Tribune film critic and co-host of At the Movies and The Siskel and Ebert Show, eventually warmed to the thumbs up/down system. Siskel writes, "What's the first thing people ask you? Should I see this movie? They don't want a speech on the director's career. Thumbs up--yes. Thumbs down--no."

Roger Ebert, the late Chicago Sun Times film critic and co-host of said shows, had problems with all the limiting systems. Ebert responds to Siskel: “That makes sense, but in a written review thumbs up/down has the effect of nudging a lot of films from 2.5 (a negative review) to three stars (a positive one). There is never any doubt about giving four stars, or one star. The problem comes with the movies in the middle.” Ebert goes on to wonder if instead of worrying about  Yes/No or the amount of stars attached, perhaps one should just, “...consider actually reading the review?” Roger Ebert’s thoughts on star ratings for film reviews and on reviewing, in general: “You Give Out Too Many Stars.”

I tend to lean more towards Ebert’s thinking. Yes, a star rating has problems, especially with the muddy middle portions, but it’s still vastly superior to a thumbs up/down. Siskel’s, “Should I see this movie? Yes/No” could be answered,  “I can’t just say yes or no to that. Let’s talk about it. What other movies do you like? What do you not like? Do you like seeing movies with strong female leads? Does excessive swearing bother you?” So on and so forth. I can’t just answer that question yes or no. I need nuance and information. I need more and more nuance and information!

But, um, didn’t Netflix say they would keep the star rating in the “My Account” section? So why are you still complaining? And where’s the superhero cameo?

They do. I found it. Let’s see how well it works.  I watched a movie six years ago. I can’t remember if it was DVD or streaming, but I want to see what rating I gave it. I follow these steps:

Ugh. Who doesn’t love scrolling through pages and pages of information? I sure do!

It hasn’t even been two full weeks and I find all sorts of dubious recommendations with Netflix’s new system. Based on all our previous ratings their algorithm now creates a “percent” for everything on Netflix. The percent should communicate to you “the percentage chance one will like this particular movie/TV show/documentary.”  So, if I see a movie with a 90 percent green marker there is a high chance I will like it. The opposite should be true as well. Seems easy enough. The more you thumb up/down, the more Netflix will be able to improve your experience!

And obnoxious, time-wasting changes make me angry. And when I’m angry, I smash!

If you liked this you might also like the GCNlive talk radio programs Americanuck Radio or Free Talk Live.

More in this category: « Opinion: LeBron James can Win the U.S. Presidency Opinion: Be safe - fire all Catholic priests (except maybe the women) »
back to top