The Message that Americans Will Be Forced to Receive 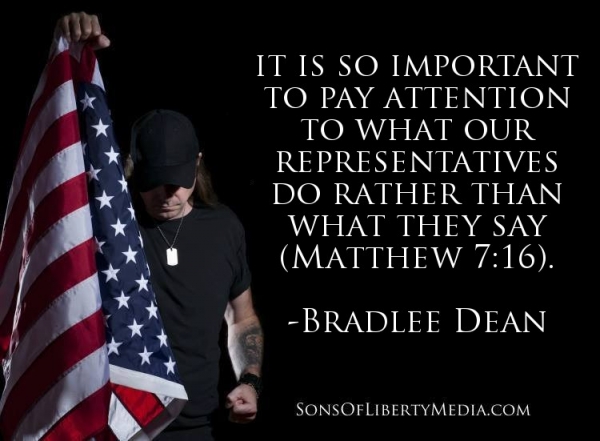 Are We talking about The Same President that Today's Conservatives are Propping up, or Someone else? Things are Not Lining Up!

“Prevention is better than cure!”

You would think that the way today's conservatives (yesterday's liberals) are propping up Donald Trump and what he is really doing that they are talking of someone else. Yet, they are not! This is why it is so important to pay attention to what our representatives do rather than what they say (Matthew 7:16).  The man and the office are the same.

The political photo ops are taking place across the country with the new president helping with disaster relief, going into black communities and hugging and kissing folks, prayers at the administration’s table before session.  All of these are available online.  They’re everything good Americans want, and rightly so.

However, is this diversion to keep your eyes off of the ball and putting Americans back to sleep? (Matthew 24:5; Ephesians 5:14)

Of course, it is!

The Trump administration is asking Congress to renew a law giving intelligence agencies the authority to collect the communications of millions of Americans without a warrant — despite the fact that such surveillance led to charges that President Donald Trump is in cahoots with Russia.

The law in question is Title VII of the Foreign Intelligence Surveillance Act (FISA), Section 702, which authorizes the National Security Agency (NSA) to intercept the communications of foreigners located outside the United States without obtaining a search warrant. The law expires at the end of the year unless Congress passes legislation reauthorizing it.

“Reauthorizing this critical authority is the top legislative priority of the Department of Justice and the Intelligence Community,” Attorney General Jeff Sessions and Director of National Intelligence Dan Coats wrote in a September 7 letter to congressional leaders.

Sessions and Coats argued that the law’s privacy protections are sufficient to comply with the Fourth Amendment, which requires authorities to obtain a warrant based on probable cause before they conduct a search. However, as Nate Cardozo, senior staff attorney at the Electronic Frontier Foundation, told Reason, the government is “using [the law] to spy on Americans.”

This should hardly come as a surprise. As Agence France-Presse reminds us, “Section 702 was passed in 2008 to replace a previously secret and illegal warrantless wiretap program instituted after the September 11, 2001 attacks.” In other words, Congress retroactively codified a blatantly unconstitutional policy that was known to vacuum up data on innocent Americans.

Pamella Geller posted this week that Trump was adhering to Sharia by not critizing Islam in his 9/11 speech.

This morning on “Breitbart News Daily,” Geller and guest host Raheem Kassam shared their disappointment with the lack of criticism of Islam in Trump’s speech at yesterday’s memorial service and lamented the idea that “globalist” forces inside the White House have shifted Trump away from his extreme anti-Islam rhetoric.

“We are now sure that it’s a pattern,” Kassam said. “So the positive will be that we can now move on this issue.”

“What the president is doing, and his administration is doing, is adhering to the Sharia; you cannot criticize Islam,” Geller said. She then declared that anti-Islam activists like her “have to make our voices known.”

“We have to, whether it is via Breitbart or comments or phone calls—yes, we have to tell the president that this is unacceptable,” Geller said….

On August 30, 2017, a headline reported Sebastian Gorka and Another Broken Trump Promise:

The specific problem was Trump’s apparent retreat from his repeated insistence on speaking about “radical Islamic terrorism” rather than a faceless, amorphous and ideology-free terrorist threat. Gorka continued:

Regrettably, outside of yourself, the individuals who most embodied and represented the policies that will “Make America Great Again,” have been internally countered, systematically removed, or undermined in recent months.

This was made patently obvious as I read the text of your speech on Afghanistan this week.

The fact that those who drafted and approved the speech removed any mention of Radical Islam or radical Islamic terrorism proves that a crucial element of your presidential campaign has been lost.

Furthermore, we already know that The Department of Homeland is stacked with Muslim Brotherhood ties and have re-defined what a terrorist is.

Here’s how they are defining terrorists:

1. Those that talk about “individual liberties”

2. Those that advocate for states’ rights

3. Those that want “to make the world a better place”

4. “The colonists who sought to free themselves from British rule”

7. Anyone that holds a “political ideology that considers the state to be unnecessary, harmful, or undesirable”

8. Anyone that possesses an “intolerance toward other religions”

9. Those that “take action to fight against the exploitation of the environment and/or animals”

14. “Opposition to equal rights for homosexuals and lesbians”

15. Members of the Family Research Council

16. Members of the American Family Association

17. Those that believe that Mexico, Canada and the United States “are secretly planning to merge into a European Union-like entity that will be known as the ‘North American Union'”

19. Members of the Federation for American Immigration Reform

20. Members of the Tennessee Freedom Coalition

21. Members of the Christian Action Network

22. Anyone that is “opposed to the New World Order”

23. Anyone that is engaged in “conspiracy theorizing”

25. Anyone that is concerned about FEMA camps

26. Anyone that “fears impending gun control or weapons confiscations”

29. Those that “don’t think they should have to pay taxes”

30. Anyone that “complains about bias”

31. Anyone that “believes in government conspiracies to the point of paranoia”

32. Anyone that “is frustrated with mainstream ideologies”

33. Anyone that “visits extremist websites/blogs”

34. Anyone that “establishes website/blog to display extremist views”

35. Anyone that “attends rallies for extremist causes”

36. Anyone that “exhibits extreme religious intolerance”

37. Anyone that “is personally connected with a grievance”

38. Anyone that “suddenly acquires weapons”

39. Anyone that “organizes protests inspired by extremist ideology”

42. Citizens that have “bumper stickers” that are patriotic or anti-U.N.

44. Those that are “fiercely nationalistic (as opposed to universal and international in orientation)”

46. Those that are “suspicious of centralized federal authority”

47. Those that are “reverent of individual liberty”

48. Those that “believe in conspiracy theories”

49. Those that have “a belief that one’s personal and/or national ‘way of life’ is under attack”

50. Those that possess “a belief in the need to be prepared for an attack either by participating in paramilitary preparations and training or survivalism”

51. Those that would “impose strict religious tenets or laws on society (fundamentalists)”

52. Those that would “insert religion into the political sphere”

53. Anyone that would “seek to politicize religion”

54. Those that have “supported political movements for autonomy”

55. Anyone that is “anti-abortion”

56. Anyone that is “anti-Catholic”

60. Those concerned about “illegal immigration”

61. Those that “believe in the right to bear arms”

62. Anyone that is engaged in “ammunition stockpiling”

63. Anyone that exhibits “fear of Communist regimes”

65. Those that are against illegal immigration

66. Those that talk about “the New World Order” in a “derogatory” manner

67. Those that have a negative view of the United Nations

68. Those that are opposed “to the collection of federal income taxes”

70. Those that display the Gadsden Flag (“Don’t Tread On Me”)

71. Those that believe in “end times” prophecies

The sooner that the American people understand that Donald Trump is nothing more than another pawn in the never ending game of politics, the sooner things can change for the better (Jeremiah 5:20-31).

Regardless of who you think your representatives are and are not, under the pretenses that they put up (2 Corinthians 11:14), it matters not.  This is between you and the God of Abraham, Isaac and Jacob, period. Repent! (Leviticus 26:14-46: Acts 20:21).

This is mercy! And it is a message that we all will be forced to receive either through accepting the message or rejecting it.

More in this category: « "The Heidi Selexa Show" joins GCN Live on Sept. 18th. Study: Bald Men ARE Sexy »
back to top