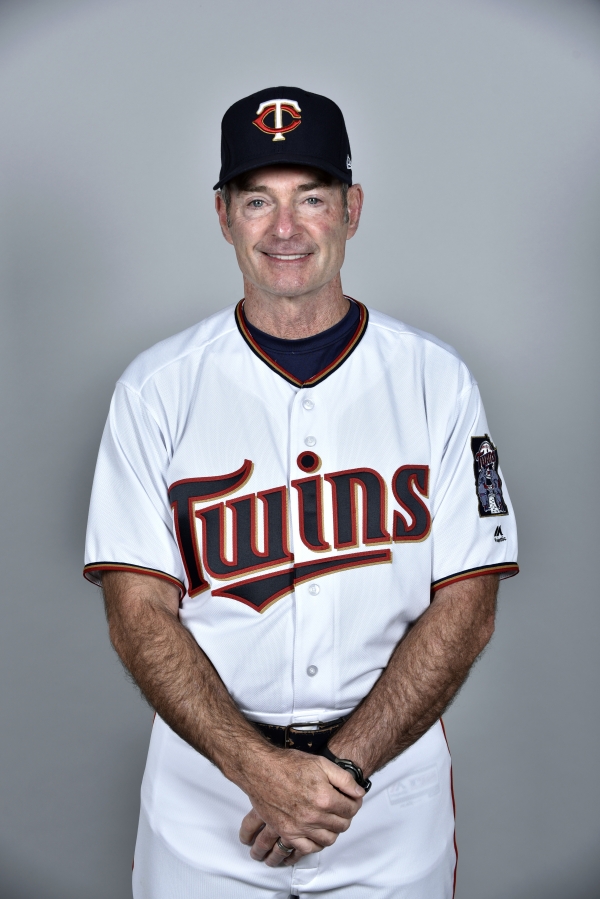 Paul Molitor is serving the final year of his contract and might make the 2017 Minnesota Twins the first team to make the playoffs after losing 100 or more games the prior year. Official MLB headshot

With the Minnesota Twins collecting just their fourth walkoff win of the season at Target Field, Wednesday night, they are two games ahead of the Los Angeles Angels for the second Wild Card spot in the American League. They could now become the first team ever to make the playoffs having lost more than 100 games the previous year.

The Twins have a 60 percent chance to make the playoffs given that seven of their last 17 games are against the hapless Detroit Tigers. I wrote about how these Twins could be the biggest underdog overachievers of all time, but now the team doesn’t look like overachievers. What once was a -68 run differential is now +8. Everything’s coming together like it did for the Twins in 1987 and 1991.

I was not a supporter of Paul Molitor’s when Ron Gardenhire was let go by the Minnesota Twins. In fact, I had Ozzie Guillen and Rusty Kuntz ahead of him on my dream list of managers.

I didn’t like Molitor’s first lineup, and there are few I’ve agreed with since, because batting your best home run hitter in the leadoff spot has never made much sense to me, especially with two players with on-base percentages in the top-10 in baseball (Joe Mauer and Robbie Grossman). Dozier gets himself out on the first pitch a lot, and that’s not helpful to his teammates when leading off a game.

I do appreciate Molitor’s willingness to move everyone else around the lineup, though. The rigidity I expected has never been the case, and Molitor has even platooned players effectively, namely Max Kepler. He’s also managed to get Grossman plenty of at-bats without using him in the outfield.

Most impressive is what Molitor’s done with a baby-faced bullpen and over-the-hill starting rotation. When he badly needed someone to step into the rotation and eat some innings, Derek Falvey and Thad Levine gave him 44-year-old Bartolo Colon. That was enough to satisfy me, and it has been enough to satisfy Molitor so far.

Right now, I think these Twins are better than the New York Yankees in a five-game series. They’ve been better in a three-game series thus far this season, and will have a chance to close the three-game gap between them and the Yankees starting Monday in New York. Here’s how the potential playoff preview lines up:

A battle of the aces -- Ervin Santana versus Sonny Gray. This should be a good one. Santana tossed six innings of shutout ball to give Eddie Rosario the chance to win it with a walkoff homer deep into the Minneapolis night.

Jose Berrios takes on Twin-for-a-game Jaime Garcia. Garcia has struggled mightily since the trade from Minnesota. In fact, he hasn’t pitched six innings since his first and last start in a Twins uniform.

Berrios, on the other hand, is coming off his best start of his career. He might have not gotten a win in Kansas City, but he pitched his best in yet another high-pressure situation early in the game. With the bases loaded and one out in the second inning, Berrios got a double-play grounder off the hot bat of Whit Merrifield. He went on to complete seven innings, allowing just two runs.

Two players who’ve seen their seasons turnaround in the second half -- Bartolo Colon and Masahiro Tanaka -- close out the season series. Both pitchers are coming off ugly starts, though.

Tanaka allowed seven earned runs over four innings against a tough Texas lineup, but he had won four consecutive starts prior visiting Arlington.

Colon was even worse in Kansas City, failing to complete two innings and allowing six earned runs. He too had been great in his four previous starts, though.

If the Twins are to overcome the history of failures against the Yankees in the playoffs (1-9 in their last 10 postseason games), playing at Target Field might help, despite a better record on the road this season (39-32). The Yankees will enter the postseason on a seven-game homestand ending Oct. 1.

The Twins finish the regular season with a three-game series against Detroit ending Oct. 1. The American League Wild Card Game is scheduled for Tuesday, Oct. 3 with a time to be determined.