Should You Have the Right to Die? 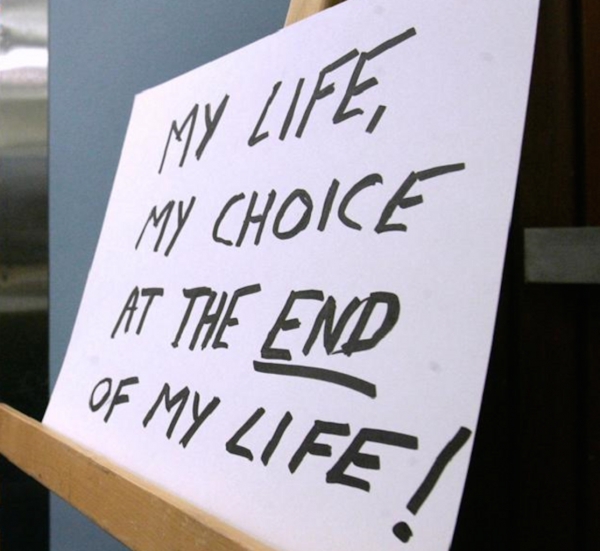 We pride ourselves as Americans in our lifestyle choices. The right to freedom of choice, protecting our individual assertion of free will, and deciding just how we want to live our lives. And yes, we have the right to excess. You can live a gluttonous life by overindulging in many personal hazards.

You know smoking causes lung cancer, but making a personal decision to smoke is your right. Drinking in access leads to a number of health concerns, but that’s your choice. Obesity by overeating? Not good, but no law can legally restrain your decision to carry too much weight. You can live where your want, and do what you want with few limitations.

Six states (Washington, Oregon, California, Colorado, Vermont and Montana) say “yes,” and they’ve passed legislation where a patient can ask a doctor for medication to end life. Under these “physician assisted suicide” or “death with dignity laws,” as they are known, there are strict requirements as to the patient’s condition that must be met before these laws can be applied.

In the rest of America, death is delayed with small concern for the costs in terms of pain and suffering, not to mention, as is often the case, of economic hardship to the family and the taxpayer. Families stand by watching over loved ones who are force fed through tubes, and often kept alive by a number of artificial means. Instead of death taking its natural course at its humane end stage, modern medicine seems to make death almost optional.

In the debate over life ending care, a notable event took place recently. In Phoenix, a husband was convicted of shooting his wife who suffered terribly with final stage multiple sclerosis, and who would have required extensive amputations because of gangrene in order to keep her alive. She had begged for months to end her life. Her 86-year-old husband finally honored her wishes and shot her to end her misery. “Your honor,” the husband addressed the judge, “I loved Ginger since she was fifteen years old and I loved her when she was 81 years old. She begged me to end her misery, and I just couldn’t watch her suffer like that.” A jury convicted him of manslaughter, but the judge, with almost unanimous family and community support, sentenced him to probation.

I would hope that at the end of my life, I would have the right to make my own choice. I am not afraid of facing finality. Death will come. But there will be quality of life issues that all of us will face. And there will be a quality of living that will deteriorate and be tempered by both the effort and the ability to deal with both the physical wear and tear and the emotional costs. You see, from my perspective, there is a real difference between life and living.

But the system fights to keep you alive regardless of the quality of life. If it takes feeding tubes, ventilators, not having any control over basic bodily functions and dealing with bedsores that will never heal because you will never leave the bed, so be it. But once this process begins, it rarely ends — until you come to an end.

When I was 70, I wrote that “If there is a yin and a yang, the before and the after, what has happened and what is yet to be, then maybe getting older is a special waypost for me. Hey, I could be at the top and ready for the long and relaxing ride back down.”

I’m still on that great ride. But one day, it’s going to come to an end. I just hope I will be able to set my own timelines, and make my own life and, yes, death choices on my own without dictates from the government. Yes, I want the freedom of choice. In both living and dying.

More in this category: « Tattoo Ink Gets Absorbed and Migrates to Other Tissues When did ballplayers get so soft? »
back to top