Parents of Public School Students, What Are You Supposed To Do? 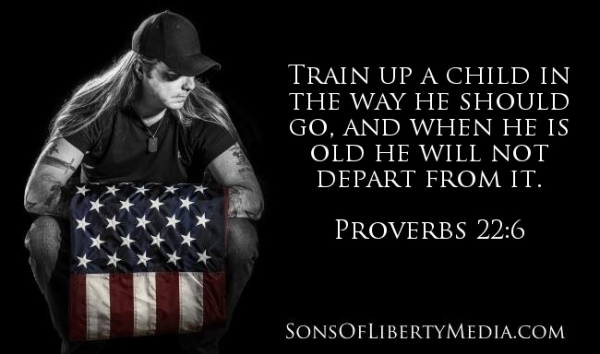 Criminal and foreigner Barack Hussein Obama has, in the not too distant past, added to his long train of abuses against We the People in the education of American school children.

In an attempt to level the playing field, they teach America’s posterity to shoot for the floor rather than aim for the stars.

Then, there is also, GLOBE. GLOBE stands for Global Learning & Observation to Benefit the Environment.  Mikhail Gorbachev is the head of an organization called Green Cross International, operating right here in the United States. Gorbachev is working to create world government and he is helping implement this education scheme.  He has also joined partnership with UNESCO, which is the source of much of the anti-American education curriculum, as well as the International Baccalaureate (IB) program.  This GLOBE program is funded and implemented through the Federal Department of Education, created under Goals 2000, and now carried over in “No Child Left Behind.”

And don’t forget about International Baccalaureate, which is a global scheme conceived in Geneva, Switzerland in 1968 and now making its way into American schools.

Among the things it promotes are:

6) Redistribution of American Wealth to other nations.

9) Adoption of the gay rights agenda.

10) Elimination of the right to bear arms.

11) Setting aside massive amounts of private land where no human presence is allowed.

Back to criminal Obama. Obama illegally implemented an extensive overhaul of public education from kindergarten through high school, bypassing Congress, the voice of the American people, and forcing states to agree to major changes that none of his predecessors attempted.

Apparently, Obama, the self-proclaimed “Constitutional Scholar,” hasn’t taken the time to read Article 10 of the Bill of Rights. The federal government has no business whatsoever in the education of American children.

Obama sought to implement something called the Common Core Standards, which has been implemented in 46 states and D.C., drowning students with mostly “informational text” and historical documents.

Some of the non-fiction texts that will be implemented into school curriculum are “FedViews,” by the Federal Reserve Bank of San Francisco (2009) and “Executive Order 13423: Strengthening Federal Environmental, Energy, and Transportation Management,” published by the General Services Administration.

In 2011 in the state of Arkansas, Middle School Teacher of the Year Jamie Highfill said, “I’m struggling with this, and my students are struggling. With informational text, there isn’t that human connection that you get with literature. And the kids are shutting down. They are getting bored. I’m seeing more behavior problems in my classroom than I’ve ever seen.”

The curriculum change in public schools has been a downward spiral for many years. America has been so dumbed down that 700,000 students per year graduate without the ability to read their own diplomas.

Add to students’ confusion the innumerable amount of errors in school textbooks ranging from misinformation to omission of facts or outright lies. These “errors” can be found in virtually every subject, especially in math, science and history.

In Texas, the State Board of Education found a total of 109,263 errors in math textbooks reviewed for use in 2008 alone. Yes, I said 109,263 errors. The board had to go so far as to place a possible fine of $5,000 per error found if they were not fixed by spring of the same year.

In textbooks all across America, science (the study of Creation) is well-known for being laced with the dangerous theory of evolution, which wars against Christianity, the Bible, God and His Law, which is the foundation of our Republic.

Andrew Jackson said, “The Bible is the rock upon which our republic rests.”

That is why evolution was illegal to teach in schools at the time of the 1925 Scopes Trial.

In complete contradiction to America’s foundational principles, the National Education Association agrees with humanism. Humanism is summed up in the following excerpt by John Dunphy in his article, “A Religion for a New Age”:

“The Bible is not merely another book … it has and remains an incredibly dangerous book. … I am convinced that the battle for humankind’s future must be waged and won in the public classroom by teachers who correctly perceive their role as the proselytizers of a new faith. … These teachers must embody the same dedication as the most rabid fundamentalist preachers, for they will be ministers of another sort, utilizing a classroom instead of a pulpit to convey humanist values in whatever subject they teach. … The classroom must and will become an arena of conflict between the old and the new – the rotting corpse of Christianity, together with all its adjacent evils and misery, and the new faith of humanism, resplendent in its promise of a world in which the never-realized Christian ideal of love thy neighbor will finally be achieved.”

How far are they willing to go?

In Virginia, a state review committee found a slew of errors in many history textbooks. A committee of five historians caught errors ranging from the incorrect year John Rolfe married Pocahontas to quotes that do not even appear in historical records. One book illustrated Virginia soldiers in the Revolutionary War wearing red coats, when in fact they wore blue. Another textbook erroneously stated many colonial Americans were illiterate. In fact, literacy rates were extremely high.

Retired Library of Virginia historian Brent Tarter wrote in his review of one textbook, “Our Virginia,” “I also found some very significant omissions, some internal inconsistencies, and some erroneous or questionable descriptions and analyses of historical events. Some are so ludicrous and difficult to explain that I cannot understand where the misinformation came from.”

In recent years, American public schools have also been indoctrinated with the Muslim religion. Studies have shown over 500 historical errors in public school textbooks, giving an Islamic slant to our youth.

As a result, our youth are subject to the following teachings:

They are even subjecting elementary school students to the D.A.R.E. program, which has statistically proven to educate the students as to how to commit the crime of drug abuse rather than prevent it.

What of antidepressants prescriptions? They are simply attempting to set students up for the fall by prescribing dangerous psychotropic drugs.

Leon Eisenberg (Father of ADHD), in his last interview before his death, said, “ADHD is a prime example of a fictitious disease.”

This dramatic increase in usage could possibly be in direct connection to the controversial TeenScreen survey given to children as young as 9 years old in public schools. TeenScreen has been responsible for policing the mental health of students over the past decade.

More and more public schools have brought in the manipulative survey for children, setting them up for a prescription. For example, one of the questions asked is: “Has there been a time when you felt you couldn’t do anything well or that you weren’t as good-looking or smart as other people?” Another question is: “In the last year, has there been any situation when you had less energy than usual?”

Nearly 20 percent of students who take the survey are then labeled mentally ill, which leads to a prescription. This process is being sold as suicide prevention; however, the U.S. Preventive Services Task Force found “no evidence” that screening for suicide risk reduces suicide attempts.

In past generations, parents would train their children in the way they should go, using the rod of correction (Proverbs 22) to drive foolishness from the hearts of their children, while the pharmaceutical companies compete for the position contrary to that which God commanded.

In the meantime, pharmaceutical companies are raking in hundreds of millions of dollars a day while America’s students are used as political and medical guinea pigs.

Most Americans don’t even realize that Obama was attempting to deputize the medical industry to screen the mental health of every American.

Herein lies the “attention deficit.”  The deficit lies within the responsibility of the parents, not the child.

To further add insult to injury with the help of the NEA, students are being made a prey to teachers.

The homosexual agenda is being forced onto the young.

The real question to ask here is “Why are there public schools?”

Only you can answer that!

As I said, the federal government of the United States of America has no lawful authority over the education of the young.

For as much as I know that the American people would like to blame Barack Hussein Obama for all of his illegal acts and things he implemented, and rightly so, I have to divert from this criminal to the people that are responsible for sending their children off to the cesspool of Un-American, Un-Constitutional and therefore, illegal indoctrination of indoctrination centers known as public schools.

The reason this is happening: 86 percent of the American people who call themselves Christian conservatives are the ones sending their kids into public schools to be indoctrinated in a worldview they claim they despise.

Proverbs 22:6 says, “Train up a child in the way he should go, and when he is old he will not depart from it.”

William Bennett, Former Education Secretary under Ronald Regan said, “In America today, the longer you stay in school, the dumber you get…”