What To Do About Rising Flood Insurance Rates? 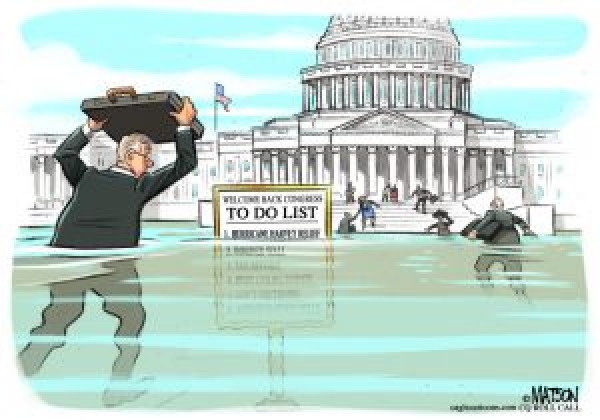 Hurricane Harvey has caused property owners along the Gulf and East Coasts to panic over projections of outrageous property flood insurance rates that, in some cases, could lead to increases of greater than 1000 percent. Is there really a problem finding affordable flood insurance along America’s coasts? Yes, and a growing one.

The current national flood insurance program has been around since 1968. Actually, it was created not so much because of hurricane damage, but due to widespread flooding along the Mississippi River in the early 1960s. More and more levees were built up and down the river, which created major flooding in unprotected areas. Private insurance companies could not handle the damage claims so the federal government stepped in. The program was extended to cover hurricane damage along the Gulf Coast, and if a homeowner didn’t get flood insurance, they were unable to get their home financed.

A year ago, Congress reauthorized the national flood insurance program through 2017. But in the process, a number of changes were made to make the program more financially sound. The new program caused rates to skyrocket along the Gulf Coast.

How do we begin to solve the affordability problem? First of all, we need to recognize how vast this exposure for national disasters has become. I live in hurricane alley, and we all understand that hurricanes are a major part of the puzzle to be solved. Hurricane Sandy, which devastated coastlines of New York and New Jersey, show that this is not just a regional problem. All coastlines are at risk. Over half of all Americans live within 100 miles of the coast.

But hurricane protection is just one part of the problem. Torrential rains in the Midwest have unleashed a wave of damage that is wiping out thousands of homes. Without flood insurance, they are out of luck.  And what about wildfires out west? Wildfires are a rampant and growing problem that needs a national insurance response. Then there’s the massive destruction caused by tornados in Oklahoma, Alabama, Georgia, Kansas, and a host of other states.

Get my point? Natural disasters happen all over America, and have increased way beyond the ability for state programs to be effective and affordable. So has any plan been proposed which is encompassing, and yet affordable for homeowners that doesn’t use taxpayer dollars? Yes. Louisiana’s Insurance Department, during the time I served as Commissioner, took the lead back in 1995 by proposing a comprehensive plan that could assist property owners following disasters all across the country. The proposal called for a Natural Disaster Insurance Corporation (NDIC) that would sell disaster reinsurance for residential and commercial properties while also providing primary coverage for residential properties.

In making this proposal, I commented at the time that “if a major hurricane strikes New Orleans, it could put 26 feet of water in the downtown area and cause insurance losses greater than $26 billion.”  That’s right on the money as to what happened during Hurricane Katrina ten years later. I concluded by saying: “We are going to have a huge problem with catastrophic insurance losses all over America if we don’t get a national disaster program in place.”

I testified a few months later before a Senate panel in Washington on Senate Bill 1350.  Private insurance would take a small portion of its premiums and contribute to a state fund. The state fund would then be backed up by a national fund. The national fund could borrow to pay for any shortfall, but no federal tax dollars would be involved. Each state could buy in and have a rate set according to the risk. Hurricane prone states like Louisiana would pay more than a state like North Dakota that experiences much less in natural disaster damage.

The U.S. Senate adopted my proposal, but the legislation became hung up and died in the U.S. House of Representatives. That was the plan then. And the good news is that a number of states are coalescing around this same plan now following the devastation of Hurricane Sandy, and now Harvey.

It’s taken almost 20 years, but it looks like it could be the right time for problem solving.  It’s just not a handout for the coastal states. The whole country will benefit. And at a price that’s affordable. We certainly cannot be any worse off than we are now.

“Do you know what happens when you give a procrastinator a good idea? Nothing!” --  Donald Gardner

More in this category: « Opinion: Cheating Red Sox should replay game if it could decide AL East Opinion: Hurricanes should blow climate deniers' eyes, minds open »
back to top