Same Agenda Moving Forward Regardless of Who is the President! The Responsible Party is…. 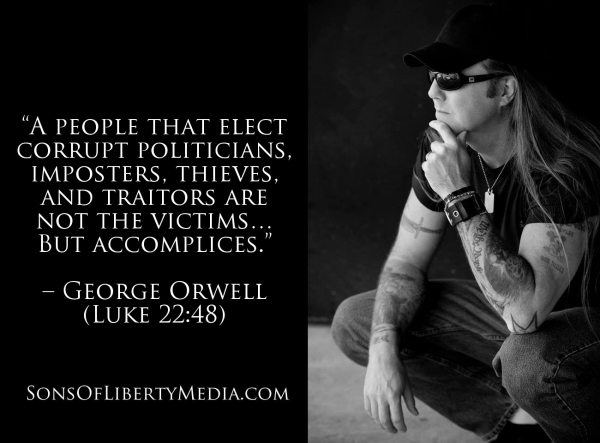 “Regrettably, outside of yourself, the individuals who most embodied and represented the policies that will ‘Make America Great Again,’ have been internally countered, systematically removed, or undermined in recent months.” - Sebastian Gorka

While the establishment media is doing its best to divert America’s attention from the real issues by focusing your attention on Nazi criminal George Soros-backed paid provocateurs (John 10:10) attempting to stir up domestic insurrection, I felt it my duty to turn your attention where it needs be turned.

Take a look with me here.

We have seen treasonous Hillary and her criminal, traitorous, political husband Bill Clinton, who have yet to come under that special prosecutor that the president promised.

Criminal and foreigner Barack Hussein Obama, now being called out for his political espionage, continues to create war within (Psalm 9:17).

Treasonous Paul Ryan and Mitch McConnell are still at the side of the president, and all the well knowing what these two have done and are continuing to do.

All remain at large to upend American sovereignty to the highest bidder (Matthew 7:16).

In other words, the swamp has not being drained.  It still remains.

Many of those in the swamp are funded by George Soros.

“And no marvel; for Satan himself is transformed into an angel of light.  Therefore it is no great thing if his ministers also be transformed as the ministers of righteousness; whose end shall be according to their works.” -2 Corinthians 11:14-15

To further solidify the point, this last week, The Daily Signal reported, “Why Are Trump’s Justice Department Appointees Protecting the IRS?”

Various media sources have reported that federal District Court Judge Reggie Walton has ordered the IRS to finally respond to various legal requests for information and documents made by the conservative tea party organizations that sued the agency.

But the question that no one is asking is why that order was even necessary, and why the Justice Department, which is now supposedly under the control and authority of the new administration, hasn’t reversed its obstinate, inflexible, and stubborn defense of the IRS.

It was over four years ago that the inspector general for tax administration at the Treasury Department released a report detailing that the IRS had targeted conservative nonprofit organizations seeking tax-exempt status, and that then-IRS employee Lois Lerner admitted what had been happening at an American Bar Association meeting in Washington.

The inspector general report found that officials were delaying the processing of applications and requesting voluminous, unnecessary, and irrelevant information, due to the perceived opposition of the nonprofits to liberal policies being promulgated by President Barack Obama and their association with the tea party movement.

Then, we have the Sons of Liberty Media reporting this week “Sebastian Gorka and Another Broken Trump Promise.”

President Donald Trump promised a change on Islamic terror, but all the change agents are gone.

The specific problem was Trump’s apparent retreat from his repeated insistence on speaking about “radical Islamic terrorism” rather than a faceless, amorphous and ideology-free terrorist threat. Gorka continued:

In his resignation letter, Gorka said:

[G]iven recent events, it is clear to me that forces that do not support the MAGA promise are — for now — ascendant within the White House. As a result, the best and most effective way I can support you, Mr. President, is from outside the People’s House.

Regrettably, outside of yourself, the individuals who most embodied and represented the policies that will “Make America Great Again,” have been internally countered, systematically removed, or undermined in recent months.

This was made patently obvious as I read the text of your speech on Afghanistan this week.

The fact that those who drafted and approved the speech removed any mention of Radical Islam or radical Islamic terrorism proves that a crucial element of your presidential campaign has been lost.

Gorka himself has been known to equivocate on this issue, but he was one of the last, if not the last, member of the Trump administration who was upholding any part of Trump’s campaign promises: to speak honestly about the motivating ideology of the jihad threat; and to reverse the Obama administration’s policy of denial and willful ignorance regarding the motivating ideology behind the global jihad threat.

In 2011, the Obama administration initiated a massive purge of counterterror materials that spoke honestly about the ideological roots of the jihad threat.

The Obama administration instead mandated that the FBI and other law enforcement agencies not study Islam.

This was a direct result of Muslim groups — many of which had links to Hamas and the Muslim Brotherhood — demanding the removal of such material.

Those who are committed to protecting us were directed at the highest levels to downplay and deny that Islamic terrorism had anything to do with Islam.

Since this is false, that directive has deformed our counterterror response ever since.

But Donald Trump campaigned on the implied promise to change all that.

Say what you will Americans, namely those who blindly follow behind their favorite jersey (politicians) regardless if they do what they promised to do or not, you are the problem when it comes to addressing the truth of the matter and holding those responsible by righting the wrongs when it comes to upholding their oaths.

“A people that elect corrupt politicians, imposters, thieves, and traitors are not the victims… But accomplices.” – George Orwell (Luke 22:48)

More in this category: « Opinion: A High School That Finally Gets the "Dress Code Policy" Right! Queens of the Stone Age: The best band of the Millennial generation »
back to top