The Modern Definition of a Hater =Tell the Truth 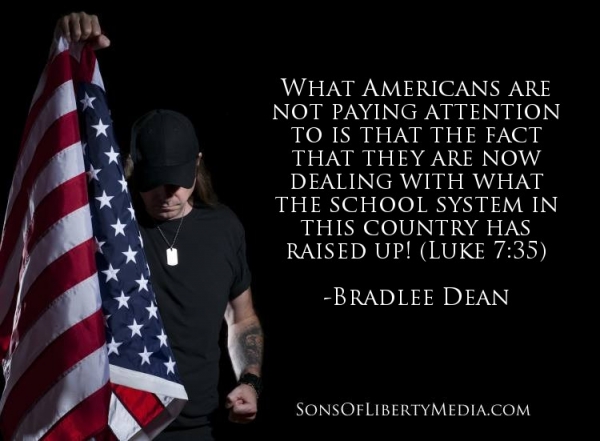 “During times of universal deceit, telling the truth becomes a revolutionary act!”-George Orwell

What a last couple of weeks it has been, America!

The Communists are doing their best to stir up domestic insurrection from Charlottesville to the tearing down of national statutes.

Our neutered, stand-by president posted the following on Twitter:

“Sad to see the history and culture of our great country being ripped apart with the removal of our beautiful statutes and monuments.”

“…Can’t change history, but you can learn from it. Robert E. Lee, Stonewall Jackson- who’s next, Washington, Jefferson? So foolish.”

…the beauty is being taken out of our cities, towns and parks will be greatly missed and never able to be comparably replaced!”

Wow, the former plant and foreign criminal Barack Hussein Obama is being pointed to as the responsible party for the present turmoil while the current president acts as if he is not the Commander and Chief.

All the while, the media is keeping you diverted from the statue of KKK member Robert Byrd and friend of Hillary Clinton which stands in the halls of Congress, and Vladimir Lenin’s statute in Seattle, Washington.

They are telling on themselves America.

And to think that these people are busy at work calling you law-abiding American citizens everything in the book from haters to right wing extremists to racists, which is a word create by Leon Trotsky under the murderous regime of Joseph Stalin to browbeat those who stood against their lawlessness (Revelation 12:10).

All the while, they are accusing you of what they are guilty of!

“Accuse the other side of which you are guilty.”

Let me tell you from firsthand experience as to how this works from engaging in thousands of speaking events: High school assemblies, colleges, tea parties, radio, television etc.

They are attempting to demonize (Luke 23:1) anyone that tells the truth, which exposes them for who they are (John 15:22).

What Americans are not paying attention to is that the fact that they are now dealing with what the school system in this country has raised up! (Luke 7:35)

In speaking to high school assemblies across the country, I would take the time to show them their history while teaching them the Constitution of the United States.

I was kicked out of a high school for exposing the murder of the innocent (Proverbs 6:17), namely, the abortion industry's trail of blood money.

I was kicked out of a high school for simply bringing the message to Florida’s immoral and indoctrinated school system.

And boy, oh boy, do they hate! Since when did hate ever tell the truth? Love does that.

“Therefore we are not to be as Cain, who was of that wicked one, and slew his brother. And wherefore slew he him? Because his own works were evil, and his brother's righteous.  Marvel not, my brethren, if the world hate you.” -1 John 3:12-13

We have been commanded to love our brethren…

“Thou shalt not hate thy brother in thine heart: thou shalt in any wise rebuke thy neighbour, and not suffer sin upon him.” -Leviticus 19:7

“And what cause soever shall come to you of your brethren that dwell in their cities, between blood and blood, between law and commandment, statutes and judgments, ye shall even warn them that they trespass not against the LORD, and so wrath come upon you, and upon your brethren: this do, and ye shall not trespass.”

Why do they hate the Christians?

Jesus said, “The world cannot hate you; but me it hateth, because I testify of it, that the works thereof are evil.” (John 7:7)

Because love works no ill (Romans 13:10), and it owes our brothers and sisters the truth which makes men free (John 8:32).

Nor are we to,

So, when they speak out against God’s truth, know then and there that you are dealing with those who do not understand love.

“And the dragon was wroth with the woman, and went to make war with the remnant of her seed, which keep the commandments of God, and have the testimony of Jesus Christ.” -Revelation 12:17

Ending on a positive, while the media is doing its best to demonize American Christian patriots, what is it the students in the high schools got out of my message?

This is why the enemy within is attacking.  Because the truth, like a lion, will not only defend itself (Matthew 16:17-19), but it will also take to the enemy’s territory to dispossess (Exodus 23).

Then again, who is asking for permission from the devil to obey The Lord? (Isaiah 56)

What the establishment does not want you to see.