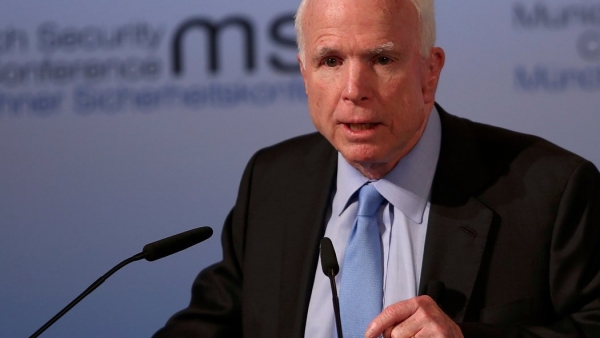 Last week, when we were told Senator John McCain (R-AZ) was being treated for a blood clot above his left eye, we suspected a tumor could have been involved, as he was a cancer survivor and tumors are thrombogenic, meaning clot forming.

Unfortunately, the 80 year old melanoma cancer survivor has been diagnosed with primary glioblastoma. However, it's been reported that the whole tumor was removed when the doctors performed a craniotomy (opening of the skull) to remove the blood clot. A statement from his office reports Senator McCain is home and recovering “amazingly well.”

What is Primary Glioblastoma?

Primary Glioblastoma Multiforme is a type of brain tumor that arises in the brain and spinal cord and is very aggressive in nature. “Primary” suggests the tumor is not secondary to another cancer, such as the melanoma Senator McCain successfully battled.

Those diagnosed with a glioblastoma may have a poorer prognosis compared to other cancers as the 5-year survival rate is only 10%. Its median survival is less than 15 months. However, with his lesion removed, and chemotherapy and radiation set to begin once his incision has healed, many medical teams are optimistic.

According to his daughter, Meghan McCain, her father is “confident” and “calm”. CNN reports that when the Senator awoke from surgery he was “cracking jokes” and ready to go home and get to work.

More in this category: « Who's the Real Jackass? Confronting the Oppressors! »
back to top