Heroes, Cops and Kids: The best superhero story you will hear all week 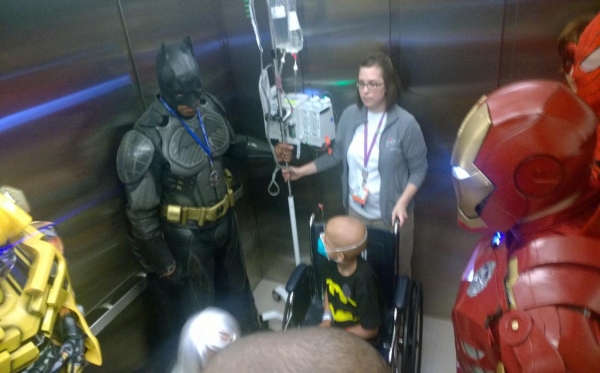 Our newsfeeds are bombarded with so many stories about excessive use of force within the police department that it’s almost shocking to read something about cops that is the exact opposite. Now, I know that the vast majority of good deeds cops do go unreported because they are not sensational stories. The headline, “Cop does something nice” does not sell much of anything. And so there is a silent majority of cops that do their jobs and get little to no fanfare. And much has been written about the more and more common tragedy of a law enforcement officer shooting an unarmed civilian. But that’s not what I’m here to do today. Today I went and found a “cops do something nice” story. And I’m going to tell you all about it.

Meet: Heroes, Cops and Kids. A community organization comprised of Dallas Police officers, teachers and other community leaders created to be positive role models for the community and its kids. From their website, “We strive to promote good behavior, good decision making and to teach coping mechanisms for peer pressure.”

Well, that sounds delightful. BUT -- the cynical side of my brain immediately thought, “I bet it’s kind of racist. I bet it’s a bunch of white cops that go into poor black neighborhoods and tell the kids to stay off crack.”

Hrrmmm. Not exactly. In a moment where I must remind myself that my paranoid lefty-liberal brain is not always correct. (I try not to say that out loud too often -- I have a reputation to protect as a liberal know it all!).

So, what does Heroes, Cops and Kids, do? Well, basically, they dress up as superheroes and visit terminally ill children. They also work with communities to build positive relationships between the police and the community. A portion of their mission statement from the Heroes, Cops and Kids website:

"...WE CATER TO CHILDREN WITH DISABILITIES, CHRONIC ILLNESSES OR BEHAVIORAL DISORDERS TO ENRICH THEIR LIVES AND ENERGIZE THEIR HEARTS ...

WE ARE A CHARITABLE, TAX EXEMPT, 501(C)(3) ORGANIZATION. WE DON'T RECEIVE FUNDING FROM ANY STATE OR LOCAL AGENCY. WE SOLELY RELY ON VOLUNTEERS AND DONATIONS TO ACHIEVE OUR GOAL.

WE'LL BRING "THE STORM"  TO ANY BULLY THAT STEPS IN OUR WAY! WE SUPPORT THE ANTI-BULLY MOVEMENT AND TEACH PROPER RESPONSE AND REPORTING OF BULLIES!

THIS ORGANIZATION INCLUDES A DIVERSE BACKGROUND OF INDIVIDUALS WHOM HAVE DEDICATED THEIR TIME AND RESOURCES TO STOP BULLYING!” 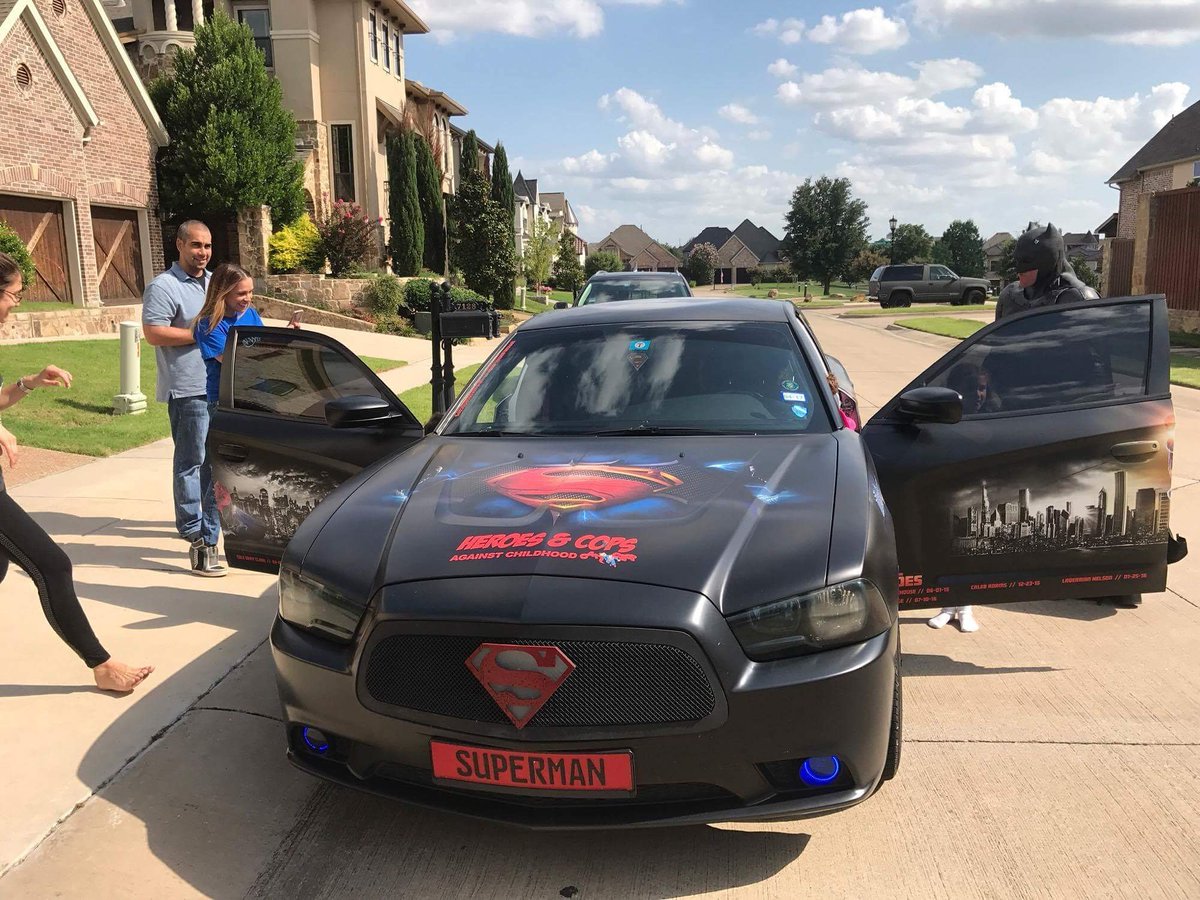 Cole’s Twitter account is littered with photos of his visits to children’s hospitals, some of which he flies to and some of which he drives a thousand miles to get there in time. All on his own dime. Of course, now, through his charity he can accept donations. And I hope it works because he has literally spent tens and tens and tens of thousands of dollars costuming and tech'ing up -- his car, the costumes, his Batman costume alone has multiple gadgets and his War Machine costume has speakers that can blare music from within the armor. Which, apparently, the kids love. 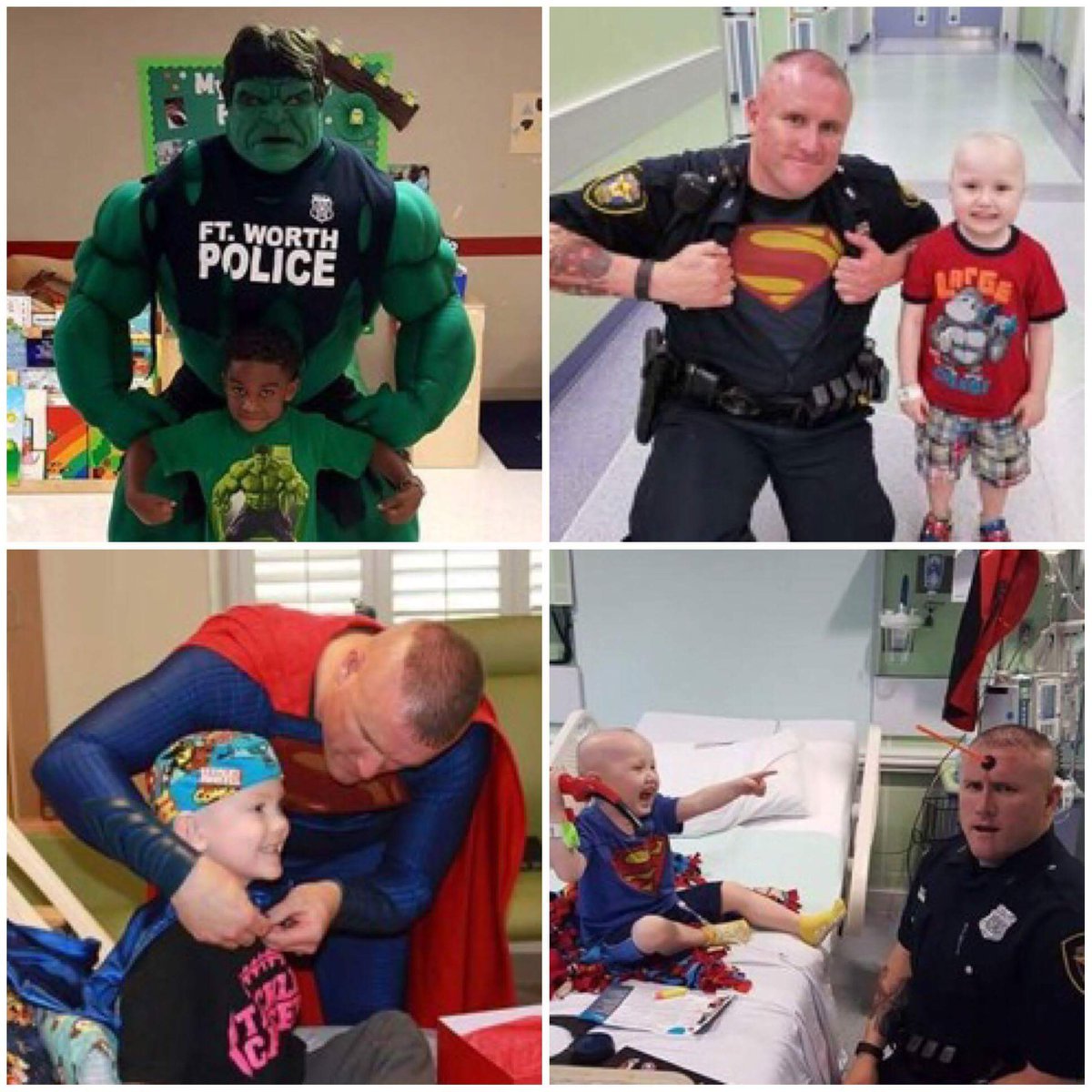 In a fun, “life imitates art” moment, Cole, dressed as Batman for an off duty charity event, busted a man shoplifting DVD’s -- one of which was, “The Lego Batman Movie.”

Inside Edition has a really cute one minute piece on the Batman / DVD shoplifting story.

Now, through his charity Cole can accept donations. He also has a team of volunteers that support, assist and costume up on their own. Reading about their organization, watching their videos and scrolling through their photos -- well, it even warms my dark liberal heart. I seriously love these people.

Zoomin.TV has a short video on their organization.

To book an event with Heroes, Cops and Kids or to contact them for further information you can find them here.

More in this category: « Opinion: Republicans should consider Cardin’s consumption tax Who's the Real Jackass? »
back to top