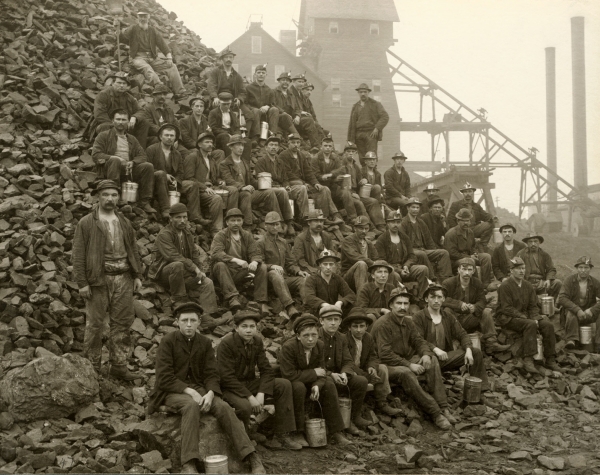 These mining jobs have been gone for decades, and won't be coming back Adobe stock image

So while the Trump administration couldn’t repeal and replace Obamacare, it can repeal and replace Obama’s climate legacy. But Bloomberg reports that the executive orders are unlikely to bring back mining jobs because demand for coal has fallen due to stiff competition from cheaper natural gas and a boom in wind and solar power.

A report from the Environmental Defense Fund states the wind and solar energy industries have been adding jobs 12 times as fast as the rest of the economy, and the fastest growing job over the next decade will likely be wind turbine technician, according to the Bureau of Labor Statistics.

Another recent study published in the Proceedings of the National Academy of Sciences states that deaths related to extreme heat are expected to keep rising, especially in the world’s largest cities, and the United States will not be immune.

Nations supporting the Paris Agreement, including the United States, agreed to limit the warming of the planet to 3.6 degrees Fahrenheit above pre-industrial levels. Despite the executive orders reversing America’s course to limit carbon dioxide emissions from coal-burning power plants, Pruitt said the EPA will continue working to provide Americans with clean air and water.

Even Fox News jumped on the bash Pruitt bandwagon on climate change, with Fox News Sunday host Chris Wallace citing American Lung Association information that half of Americans breathe unhealthy air everyday. He then asked Pruitt how he and the EPA expect to keep that number from rising now that carbon dioxide emissions from coal-burning power plants will increase. Pruitt instead focused on how America’s air quality is better than it has been in the past, which of course means we can risk dirtying it further.

A letter signed by 447 former EPA employees urged Congress to reject Trump’s nomination of Pruitt to run the agency. Pruitt is also one of many Republicans who originally filed a lawsuit against the EPA arguing that the EPA exceeded its legal authority in imposing carbon emission curbs on coal-burning power plants. He is no longer a plaintiff in the lawsuit.

More in this category: « Speaker of the House Nancy Pelosi: Round II Alex Jones vs. Newsweek: Round 1 »
back to top