The 5 healthiest and affordable snack foods 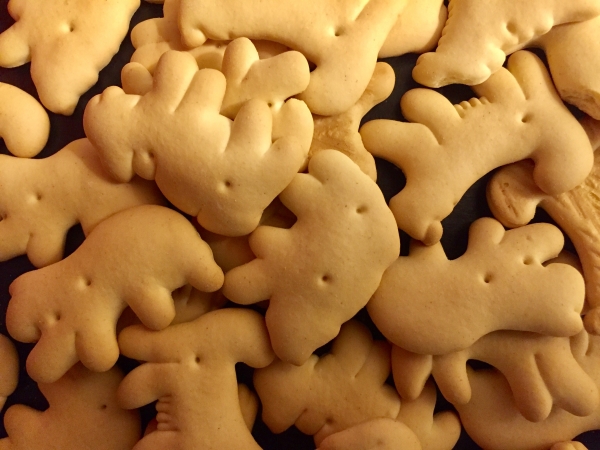 Animal Crackers are low in calories, fat and sugar, and come cheap -- at 8.25 cents per ounce. Anthony Varriano photo

Meeting your weight loss goals doesn’t have to be expensive or snack-free. Snacking can actually be good for you as long as it’s done in moderation. Snacking will actually make you eat less during meals, and spreading your calories throughout the day rather than eating three traditional meals will increase your metabolism and allow you to burn more calories and fat while at rest. I eat over 1,000 calories in snacks per day and have lost 12 pounds in two months and fit into my high school jeans.

You can keep snacking, too, as long as you know which snacks are best for you and which to avoid. Obviously, eating Hostess Twinkies every day isn’t going to be good for you. The 260 calories in two Twinkie cakes is more than even M&Ms, as is the 43 grams of carbohydrates packed into those golden cakes.

The high-calorie snacks not named Twinkies are Oreos, Chips Ahoy!, Lay’s Potato Chips (pick your flavored poison), Cheetos, Fritos Corn Chips (Chili Cheese and Original), and my personal favorite, Fritos Honey BBQ Flavor Twists. All come in packing 160 calories per serving, and all come with between nine and 10 grams of fat. I understand you probably love a snack on this list, and I feel for you, but it doesn’t mean you can’t still enjoy that snack. Just do so in moderation.

You don’t have to sacrifice taste for nutrition, and you don’t have to pay more for healthier snacks, either. While Smartfood Delight Sea Salt Popcorn is supposed to be healthy, it still has 140 calories and 7 grams of fat per serving. And at 50 cents an ounce, it’s the most expensive snack I found at Wal-mart. Another surprise was Sun Chips, which come in with 140 calories and 6 grams of fat per serving, all for 42.6 cents per ounce. They do have a lower salt content than most chips, with just 120 milligrams of sodium per serving.

Now that you know which snacks to avoid, here are the 5 healthiest and affordable snacks on the market.

To my personal delight, Stauffer’s Animal Crackers came in with the second-lowest fat content (2 g) and fourth-lowest calorie content (120) per serving. Animal Crackers also have just 7 grams of sugars per serving, but don’t eat too many. They had the third-highest carbohydrate count (24 g), but at just 8.25 cents per ounce, they are an absolute steal.

Snack Pack Puddings impressed. The chocolate flavor packs just 100 calories, which was second-best, and each serving comes with just two grams of fat. While the protein content leaves a lot to be desired (less than a gram per serving), the 7.12 cent-per-ounce price was the best of all the snacks studied.

It took me awhile to get on the Greek yogurt bandwagon, but I’m on it for good. Brands matter when it comes to Greek yogurt, though. The Dannon Light Banana Cream Greek Yogurt packs just 80 calories, nine grams of carbs, and no fat per serving, while Chobani has 130 calories, 18 grams of carbs and 2.5 grams of fat. Yoplait impressed with 15 grams of protein per serving. At 18.9 cents per ounce, it’s a bit more expensive than the cheapest snacks here, but the protein content makes Greek yogurt very valuable. It was cheaper per ounce than Pepperidge Farm’s Cheddar Goldfish and Chex Mix.

I know you’re thinking, “Well, duh!” But to give you a sense of how fruits and vegetables stack up against some of the packaged snack foods, there’s just 46 calories in a cup of strawberries and just 11 grams of carbs and not even half a gram of fat. And they’re 8.9 cents per ounce when in season. A serving of carrots is just 15 calories and eight grams of carbs. They run 7.6 cents per ounce, so when you’re considering what you want to snack on during the week, don’t forget about fruits and vegetables.

More in this category: « A Politician is a Fellow Who Will Lay Down “Your” Life for His Country! Thunderstorm Asthma Risks Rise During Monsoon Season »
back to top