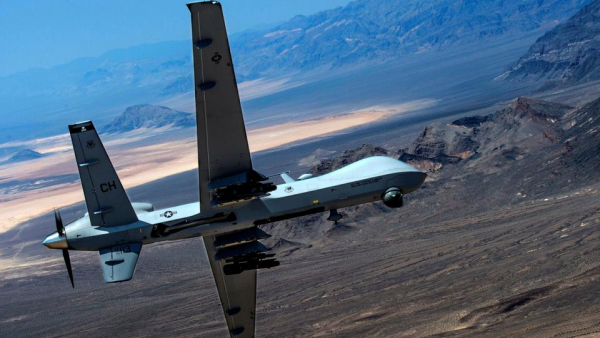 We don’t know a lot. Yet. What we do know is that a US drone strike hit Baghdad airport killing Qasem Soleimani (and one of his deputies), a top general and very powerful man in Iran. Additionally, the U.S. will be sending thousands more troops to the Middle East in case of retaliation. The State Department claims that the drone strike happened to prevent an “imminent attack” in the region that would put American lives at risk.

"Soleimani made it his life's work to take the Iranian revolutionary call for death to America and death to Israel and turned them into action. But this terrorist mastermind was not just a threat to the United States and Israel. For more than a decade, he masterminded Iran's malevolent and destabilizing work throughout the entire Middle East,"

And the Democrats seem to agree with Schumer saying that no one will shed a tear over Soleimani’s death. Although top Democrats, especially those on the Intel Commities were not briefed beforehand about the strike which is potentially problematic.

Okay.  So those seem to be the general facts as everyone is reporting. Since both sides agree this guy was a terrorist mastermind I will take it on faith that his death will save innocent lives. But … now what? Well, the cynical side of me agrees with many folks who have pointed out that President Trump predicted this very event - for Obama. In 2011 and 2012 Trump tweeted that Obama would start a war with Iran in order to win an election. Here they are:

In order to get elected, @BarackObama will start a war with Iran.

Now that Obama’s poll numbers are in tailspin – watch for him to launch a strike in Libya or Iran.  He is desperate.

Don't let Obama play the Iran card in order to start a war in order to get elected--be careful Republicans!

So, is this just a Wag the Dog tactic? Is Trump doing what he “predicted” Obama would do? Even though … Obama never did that thing, but whatever. Let’s just ignore that for now.

War Presidents are popular. It’s true; however, I suspect the truth is … all of the above. This Soleimani guy was clearly a terrorist scumbag and I don’t care that he’s dead. The drone strike also helps Donald Trump in the popularity polls because war sells. So, I think we have a little of column A and a little of column B.

To be honest, I don’t think this will lead to a full scale war. The U.S. launches drone strikes a lot. Probably more than you realize. Remember that Obama was and still is criticized for the large amount of drone strikes he sent out. Well, it was widely reported that in 2009-2010, President Obama launched 186 drone strikes on Pakistan, Somalia and Yemen. In 2017 and 2018, President Trump launched 238 drone strikes in those regions. Again, Obama was openly criticized for launching too many drone strikes. And Trump has launched much more. So, this is nothing new, especially to the people living in said regions.

I’m not going to weigh in too heavily with the “but drone strikes create terrorists” argument, even though it's true. But I will say that if Iran was going to start a war with the U.S. because of drone strikes - they probably would have already done it. On the other hand, this was a very popular person in Iran who is publicaly claiming that they will retaliate the U.S.

Let's hope cooler heads prevail. An all out war with Iran would be ... ugly.

More in this category: « President Trump Impeached. So ... now what?
back to top