Christmas through the years 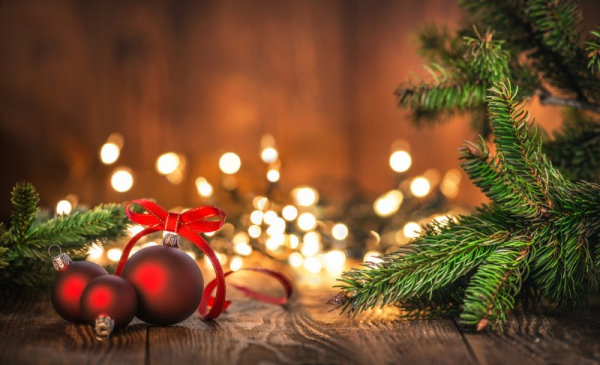 When I was seven, I got a cowboy hat and dual-holster gun belt, plus twin cap pistols for Christmas.  That’s what little boys were into in the mid-1950s.  My uncle challenged me to quick draw contests and won every one.  There may be a life lesson there, but I’m not sure what it is.

Three years later, my brother and I got matching red bicycles with 26-inch wheels.  That opened up many new experiences to us – whole new worlds, in fact.  Bikes are a blessing to children and adults.

Two years on, in seventh grade I welcomed the modern era, high tech and access to music with a top-end transistor radio the size of a pack of regular cigarettes.  In 1961, the cigarette reference was cool to boy of twelve.  So, it didn’t matter that I got nothing else that Christmas because that item was all we could afford.

As these anecdotes illustrate, to children Christmas is much about receiving gifts.  That’s not a bad thing, for it brings them joy and the gifts sometimes open up great new experiences for them.  As well as showing them the love their parents and others feel for them.

In the next few years, I remember the three TV stations – yes, there were only three then, even in markets like St. Louis – broadcasting keep Christ in Christmas ads and even a program on the subject.  Imagine that!  Today, thanks to snowflakes and progressives, those stations may wish you happy holidays, but dare not utter the word “Christmas” in any approving way.

In the mid-70s, I recall driving my MGB on Christmas Eves from Urbana to Belleville, each time assessing the year passed and what progress I was making professionally and personally.  Some of those years, I took my sister’s horse out for a bracing Christmas morning ride in an inch or two of snow along country roads and across fields.

Also, I sent Christmas poinsettias to my girlfriend in Atlanta.  She said Christmas didn’t really begin until they arrived.  When I flew to visit her, the tradition of traveling at Christmas took root.

In the 1976 movie Nashville, the presidential candidate asked college students offbeat questions like: “Does the smell of oranges remind you of Christmas morning?”  It does for me, because our mother always prepared each of us a stocking with nuts, chocolates, other treats and a large apple and orange.  And she fixed eggnog.  Today, my sainted wife Kathy continues this tradition in our family.

In the 1980s, when I became a yuppie in San Francisco’s Marina District, Christmas was often about ski trips.  The slopes were delightfully uncrowded on Christmas day and we were blessed often with blue skies, bright sun and great snow.

In the 1990s, I secured a center box each year for the San Francisco Ballet’s annual performance of The Nutcracker.  I prepared a feast for eight at my apartment and then we left for the ballet.  Until I left the Bay Area in 2001, that event was the official beginning of Christmas.

By then, Christmas was about a season, experiences with friends and family, and giving – not receiving.  People become difficult to buy for as they get older.  Moreover, the satisfaction of giving and seeing the happiness in the faces of others beats receiving.

After Kathy and I married and moved to Carson City, for a while we had a tradition of Christmas Eve here and Christmas morning flights – Kathy, our Awesome daughter Karyn, Kathy’s mom (the best mom-in-law ever) and I – to Belleville for time with my family.  Both sides of my family always made me the luckiest boy in town.

Because we could no longer attend the SF Ballet, our new start of Christmas became the annual dinner at our home and showing of It’s A Wonderful Life.  That film is quite spiritual, of course.  It’s about salvation and also reminds us that one of the beauties of Christianity is that it’s a religion of forgiveness, not harsh justice.  And about choice, not domination.

More in this category: « Disrespect for Nadler and Schiff is NOT impeachable. Militia standing against Virginia government »
back to top