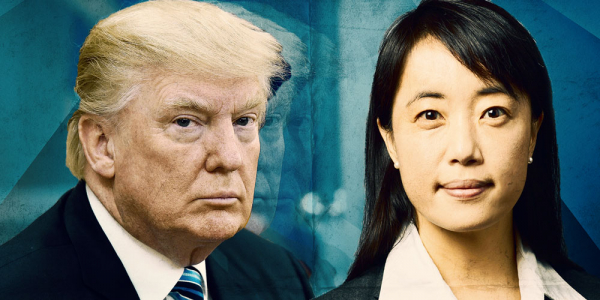 After a period of silence, Dr. Bandy Lee and her committee of mental-health “experts” have again burst onto the scene, angling to participate in the impeachment of President Trump. They are defying the Goldwater Rule, which holds that it is unethical for physicians to diagnose patients they have not personally examined. They claim that President Trump is a such a serious threat to the nation that they are allowed to violate rules.

Obviously, the thing to do is to increase the psychological pressure on a person you declare to be unstable.

Dr. Lee’s “medical assessment” of the President’s “mental capacity to fulfill the duties of his office” includes the examination of tweets, public appearances, and the 448-page Mueller report. “There is very little that a personal examination will add,” Lee said.

She denies that she is actually making a diagnosis. Indeed, “unfitness for office” is an opinion, a conclusion that is not in the DSM, the Diagnostic and Statistical Manual of currently defined psychiatric diagnoses.

Regardless of one’s opinion about President Trump, this self-appointed “Independent Expert Panel for Presidential Fitness” should concern all Americans. Where does a group of academic experts get the ability or the authority to determine whether the President is “capable of keeping the country safe”?

The U.S. Constitution provides several methods of “regime change,” which is what Congressional Democrats, the mainstream news media, and this Panel seem

determined to achieve. The first is elections. In 2016, Americans voted for a change from the policies of Obama and Clinton and the imbedded bureaucracy. Ever since then, the losers have been seeking to nullify this result. Attacks on the President by the press have been unrelenting. Unlike Abraham Lincoln or Woodrow Wilson, this President has not imprisoned any journalists or shut down any newspapers. But he does make sarcastic remarks—and his opponents would like to deny him the forum of social media.

Second is the 25th Amendment, which provides for the removal of a President for incapacity. This might have removed Woodrow Wilson after a devastating stroke had it been in existence at the time. It requires action by the Vice President and a majority of executive officers or a body appointed by Congress—not a few activist academics. This has so far been a non-starter.

In a world where there are so many ever-changing rules that everyone might be inadvertently committing “three felonies a day,” anyone could be prosecuted. But one is at least supposed to have certain rights: confronting the accuser, assistance of counsel, access to all the evidence, the right to call and cross-examine witnesses. And knowing exactly what the charges are.

Why should psychiatrists be intruding themselves into this legal process? Are there Thought Crimes that they have a special ability to discern?

One alarming example is the “fitness for duty” evaluations to which physicians may be subjected by people who for some reason want to destroy them. There are virtually no due-process rights. The examiner has the status of a physician, but no obligation to act in the “patient’s” (target’s) best interest. Some psychiatrists may presume to have god-like power to judge a person’s emotions, intentions, and capacity—asserted in the name of safety or “security.” “Red flag” laws are another example.

President Trump may be right in saying: “They’re not coming for me. They are coming for you. I’m just in the way.”

Bandy Lee and associates are showing us a method to remove undesirables if legal process fails.

Jane M. Orient, M.D. obtained her undergraduate degrees in chemistry and mathematics from the University of Arizona in Tucson, and her M.D. from Columbia University College of Physicians and Surgeons in 1974. Her views are her own. This is an edited version of her column that originally appeared in pennypress.com. Reprinted with permission.