Made in America: All the food you need is made right here in the USA 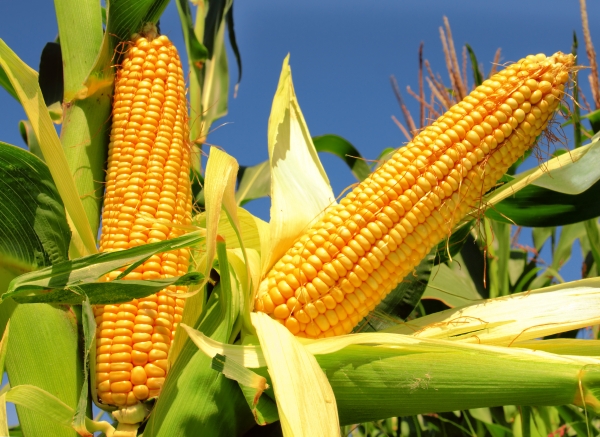 You can always find corn in Minnesota Adobe Stock Image

Editor’s Note: This is a series of stories investigating products made in America by Americans for Americans.

President Donald Trump has repeatedly said he wants to bring back production jobs that have fled America’s borders so corporations can save money using cheaper labor overseas. Sure it would be nice to have a few more production jobs available to Americans, but frankly, everything Americans need is made right here in the USA. It’s what Americans want that’s made elsewhere.

Think about what you need. You need food, water and shelter. That’s it. You don’t need a smartphone or a computer or television, but you want them. You want the things produced overseas by children working for peanuts, like Nikes and iPhones, but you wouldn’t pay the price it would require for those products to be made in America. Imagine a pair of shoes costing as much as an iPhone, or an iPhone costing as much as a used car. It’s just not realistic. (The new iPhone retails for $250 less than what I paid for my 2004 Ford Taurus, upon which I’ve put more than 20,000 miles.)

There are plenty of things still made in America, though, and just like your local economy, buying American assures that your money stays in America. For instance, visiting a local brewery and having your growler filled is not only more environmentally friendly than buying a six-pack of bottles or a 12-pack of cans. It’s more economically friendly because that money goes to the brewer who does business in your state and not Missouri if you’re into Budweiser, Colorado if you’re into Coors, and South Africa if you’re into Miller. Americans can take the same local approach to purchasing everything they need by following this American-made guide.

Let’s start with food since we can’t live without it. While there are fewer Americans working in agriculture than ever before, the USA is producing more food than ever before. According to Netstate.com, California produces almost all of the country's almonds, apricots, dates, figs, kiwi fruit, nectarines, olives, pistachios, prunes, and walnuts. It leads in the production of avocados, grapes, lemons, melons, peaches, plums, and strawberries. Only Florida produces more oranges. The most important vegetables grown in the state are lettuce and tomatoes, and again, California leads the country in production of each. Broccoli and carrots rank second followed by asparagus, cauliflower, celery, garlic, mushrooms, onions, and peppers. Only Texas grows more cotton than California, which you’d find in just about everything you wear, but we’ll get to shelter and clothing later.

So there’s plenty of fruits and vegetables grown right here in the USA. Hell, you can see the fields of wheat in Montana, corn in Minnesota, and dairy cows in Wisconsin. And if you want meat, America’s got the best beef in the world. There’s no shortage of chickens, pigs, or fish either. The problem is how Country of Origin Labeling (COOL) has been mostly gutted by Congress. While venison was added to the list of products requiring COOL in January 2017, beef and pork were both removed in February 2016. COOL requirements for muscle cut and ground chicken, lamb, and goat, wild and farm-raised fish and shellfish, fresh and frozen fruits and vegetables, peanuts, pecans, macadamia nuts and ginseng remain in effect.

The easiest way to avoid buying un-American food is to grow it yourself, of course. Raising a cow, pig or chicken might not be feasible for some, and most people living in metropolitan areas don’t have a yard yet alone a garden. There is a lot of indoor farming you can do with an LED bulb, though.

Another work-around is frequenting local, farmers’ markets. Most city websites have a schedule of farmers’ markets. If you don’t have a computer or smartphone visit your public library, buy a newspaper or listen to local radio.

Now that you know how to find food made right here in the USA, stay tuned to discover how you can build your entire home and clothe your entire body with American-made products.

More in this category: « First Alaskan earthquake since 1964, hits Anchorage George H.W. Bush, 41st US President, dies at 94 »
back to top