Some reasons for hope for the future 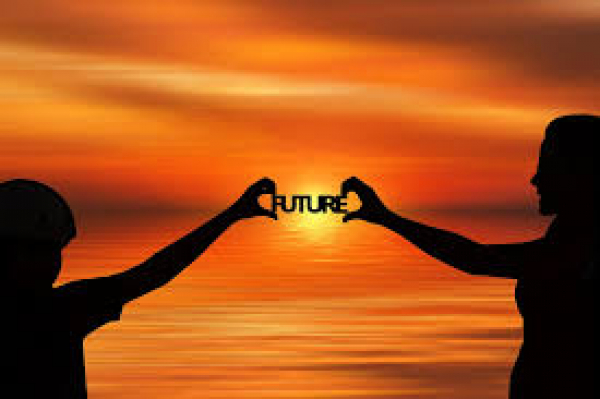 In last week’s column, I showed things really are much better now than in the past and said this week I’d provide some reasons for hope in the future.

Let’s start with: Our air and water are much cleaner now than 50 years ago.  But we’ve not really observed the fundamental principal of regulation: We should implement such laws and regulations only if they are socially cost-effective and fair.  That is, if the social benefits exceed the costs and minimize cross-subsidies.  Fortunately, the Trump administration has stopped the rush to mindlessly promulgate ever more regulations and started to reconsider a few excessive ones now on the books.  Maybe we can get policy right and all be better off.

Many children are indeed growing up in poor circumstances and face challenging futures.  But that’s always been true, and some of them turn out surprisingly well anyway.  Many other children are raised in very good circumstances, and some of them also do very well.  Our daughter gives me much hope for the future.  I hope your kids do so for you, too.

And some people are finally beginning to speak up about the need for two-parent families and the damage divorce and single parenting often do to children.  We can’t reduce these problems until we openly acknowledge them.

Almost all significant dire things Al Gore predicted in his 2006 book An Inconvenient Truth have failed to materialize, especially the 20-foot rise in sea level.  Good thing for him, too, because he bought an $8-million mansion on the coast.  Probably even he didn’t believe that dreck.

Even though government excess and other basic trends have slowed economic growth, it seems to have settled at two percent annually in real terms, instead of slowing ever more.  Economic growth is necessary to increase human wellbeing.  Maybe we can turn our policies and other problems around and get back to long-term growth above three percent so each generation is about twice as well off on average as its parents.

A handful of high-tech companies have huge size and virtual monopolies in communications platforms.  But just as IBM and others once ruled their sectors, only to be taken down by disruptive firms including the current leaders, so also will they eventually succumb to new technologies and business models, curing some of their current bad behavior.

A prominent futurist predicts artificial intelligence will blossom in the future, the way micro-electronics and the internet did before.  And its benefits will exceed its risks.  I think he’s right.

The rot of the Deep State is bringing it down fitfully and slowly.  People are gaining consciousness of it and the problems it causes.  All this likely will set off a round of reform that will benefit the public interest and ordinary folk.

Rumors of the death of the private auto are greatly exaggerated.

New technology has fostered a boom in creative arts and will continue to do so.  You can make a video and post it to the world with your phone.  Yes, most are forgettable, but not every play in Shakespeare’s time was a masterpiece, either.  New tech gives us much new art and science.

Baseball is as much fun as ever to watch, especially the brilliant fielding plays.  And the Dodgers are still the best team.  Now, if only the Orioles could get back to their glory days …

There’s some hope biotech will help us live better, longer lives – and reduce the cost of medical care.  No guarantees here, because health care and insurance costs continue to rise, but we can hope.

Technology and economic progress continue to improve our diets – quality, variety, nutrition, etc.  Now we need to find ways to manage our intakes to fight obesity and promote overall wellness.  A task for people, not governments.

We’ve been through crazy times like the present before and recovered.  The Great Depression, the Sixties and various wars.  We can do so again.

Thank you, President Trump, for considering the human lives lost before counter-attacking the evil empire of Iran.

More in this category: « Opinion: Hey Democrats - sometimes a nutcase is just a nutcase ... Controlled Opposition: The best that the conservatives have to offer is the very reason that America is in trouble today! »
back to top