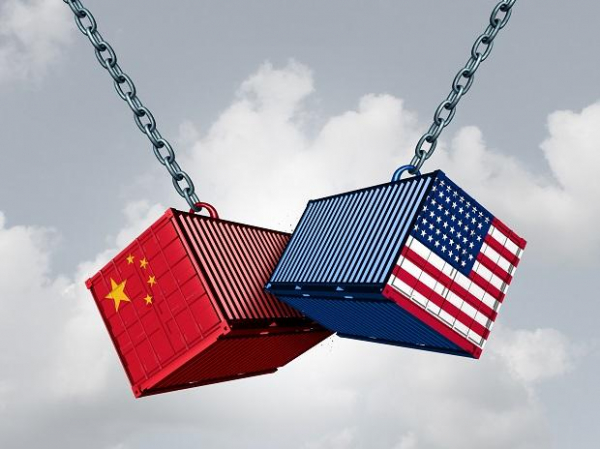 Gee, the Chinese seem to want a trade war.

That should raise the blood pressure of the Chicago School of Economics students.

Why should you care?

The truth is that the Democrats want you to care only because they sense a vulnerability they might be able to exploit in the 2020 election.  Of course, what they know about business you could stuff in a thimble and still have room for the 20 mental midgets who want a chance to get the losing party’s nomination.  Elizabeth Warren indeed.

If you were to add the IQ of the 20 candidates for the Democrat nomination together, it would not equal one American steelworker—and it is not my intention to insult steelworkers.

The other reason one might care is that your really cheap flat screen TVs will have to be made in Korea or Viet Nam in the future.

China has been ripping us off since President Nixon went to China.  We’re the bank they have been robbing.  If we catch a cold, they get pneumonia.

They tax the hell out of our manufacturers one way or another, they keep their markets essentially closed to us and they steal our intellectual property.  And we’re supposed to allow them to continue?  Their next step is to try and replace the dollar as a primary currency.

The truth is that a little pain—slightly more expensive cheap Chinese crap, as an example—probably won’t hurt us.

In case you haven’t seen past the Shepard Smiths and Rachel Maddows of the world, things are pretty good right now for the middle class.  However, economic hucksters on cable tv would like you to think we’re headed to 2008 all over again.  Remember, when the market drops 700 points in one day, they get more viewers.

Of course, in 2008, crooks on Wall Street and crooks on Main Street had been deliberately making crappy home loans, packaging them up as securities, selling those securities to each other and betting against them.

When it all blew up, they turned to us, the taxpayers, for a bailout and got it.  That solved Wall Street’s problem.

But on Main Street, the credit markets seized and millions of people found themselves with mortgages worth more than their houses because the market values of those houses crashed.  Those with incomes could power through.  Those who got loans which nobody in their right minds would have made, got evicted.  And it represented a great buying opportunity for those who got bailed out.

We have a real businessman in the White House—not a community organizer.

If Goldman Sachs and their buddies came to Donald Trump for a bail-out, they might get it but the terms would be much more onerous than the days when Barack Obama was there.  Think of our President as negotiating for US in such a situation.  We’ve never been in such good hands.

Now is not a good time for Wall Street to come begging.

So, they won’t.  They will keep things under control.

There will be no securitization of NINJA (no income, no job or assets) loans like lenders were encouraged to make before 2008.

When you see the amateur economists—like the people responsible for the last crash—predicting another economic crash, remember two things.

One is that we can develop new markets for our exports.

Second, Chinas’ biggest market is us.

As far as China goes, how can they replace us?  Especially if we stick with the President in keeping the pressure on.

More in this category: « Out of their own mouths Muslims are telling you their plans to infiltrate American government (Video) Things really are much better than they used to be »
back to top