The Deep State and the Dumb State 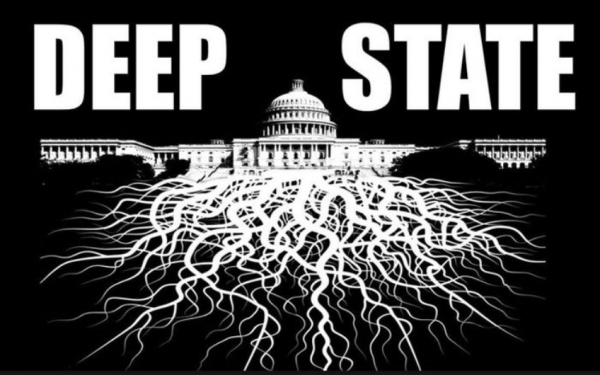 The pencil neck geek who is the chair of the House Intelligence Committee, Adam Schiffhead (read into that what you will), more than adequately illustrates what’s wrong with American government these days.

In short, the deep state and worse, the dumb state.

And, worse, he’s NOT from Somalia.  He’s from the People’s Republic of California.

Years ago, when I was in college, we ran a very small college radio station which broadcast local city council meetings, gavel to gavel.

I did color commentary.

Then, I would go home and wake up the next morning and read the daily paper’s report on the meeting.

I often wondered whether we were broadcasting the same meeting I was reading about.

Watching the Democrats spin it, I have the same problem with the testimony I saw from Robert Mueller before Schiff’s House Intelligence Committee (yeah, believe it or not, they still call it that). Also before that clown Jerrold Nadler’s Judiciary Committee.

What these idiots did was try to get Mueller to whittle a gun into a bar of soap.

The report from the special prosecutor was pretty clear that the President did not “collude” with the Russians nor did he attempt to obstruct the investigation.  Period, full stop.  And, by the way, “colluding” is not a crime.

Prosecutors DO NOT “exonerate” people.  They indict them.  Even the morons in the House have probably watched the real Adam Schiff (well, he’s more real than Congressman Schiffhead) on Law and Order for 10 years (actually Steven Hill) and probably know how it works.

Mueller refused to talk about how the investigation got its start. The FACT that the FBI used a completely discredited “dossier” compiled by a company which, it turns out, had been hired by the Democrat National Committee to ask for a warrant from the Foreign Intelligence Surveillance Act (FISA) secret court.  That document had been made up by a foreign spy which should tell you a lot.

The fact that 14 of the 18 investigators Mueller hired were registered Democrats should tell you even more.

And even after two years and $30-MILLION of our dollars that Mueller could not bring any action against President Trump should tell you all you need to know.

Did the President use some foul language?  No more foul than I would have.

Did some people involved in the campaign get indicted for crimes totally unrelated to the campaign?

Did Trump do anything illegal?  Not according to Mueller.

Mueller bumbled and stumbled through hours of testimony and looked like he is beginning to suffer from dementia.  I felt bad for him.  It was painful to watch.

Now, more importantly, did the Russians do anything illegal to manipulate the 2016 election?

Facebook says that roughly 126 million Americans may have been exposed to content generated on its platform by the Russian government-linked troll farm known as the Internet Research Agency between June 2015 and August 2017.  Keep in mind that the election was in November of 2016.

“This equals about four-thousandths of one percent (0.004%) of content in News Feed, or approximately 1 out of 23,000 pieces of content.  Put another way, if each of these posts were a commercial on television, you’d have to watch more than 600 hours of television to see something from the IRA,” Facebook told CNN.

And then, consider the source.  Who in the hell takes Facebook seriously?  In many ways, it is just as stupid as the Democrats in the House.

That’s meddling in the election?  Then what about NBC, CBS and ABC?

All of the queen’s men couldn’t kill off the Trump campaign.

That’s largely because Queen Hillary called half of America “deplorable”.

More in this category: « Opinion: More Mueller, more Congress, and more people who clearly didn't read a word of the actual Mueller Report. The Green New Deal: What it means for medicine »
back to top