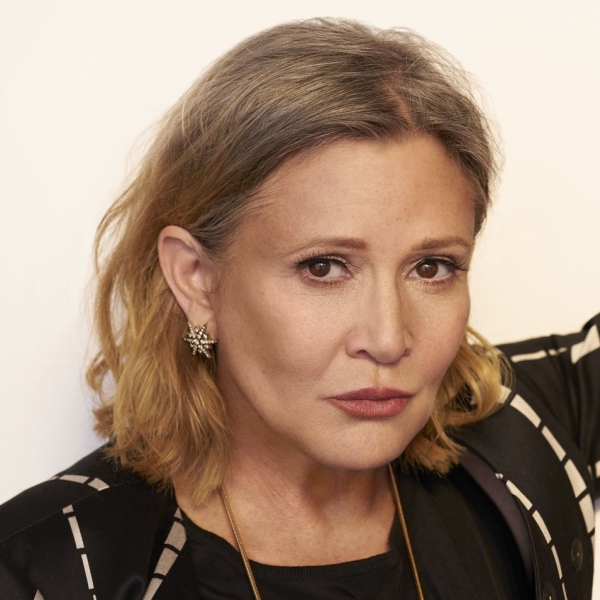 Carrie Fisher died December 27th, four days after suffering cardiac arrest on board a flight from London to LAX and this week the autopsy report reveals cocaine, heroin, methadone and ecstasy could have contributed.

At the time of death, the 60 year old, was having multiple apneic episodes, in which she stopped breathing in her sleep. A variety of factors can contribute to this but the coroner in his report stated, “Based on the available toxicological information, we cannot establish the significance of the multiple substances that were detected in Ms. Fisher’s blood and tissue, with regard to the cause of death.

The report also stated she took Lamictal and Abilify used for Bipolar disorder and mood stabilization, as well as Prozac, used for depression and anxiety.  She appeared to also take oxycodone, not prescribed to her.

It has not been confirmed that narcotics led to her respiratory depression that could have induced sleep apnea and later cardiac arrest.

Unfortunately it's common for those who suffer from Bipolar Disorder to also suffer from drug addiction. Bipolar disorder, or commonly known as manic depression, is where one has unusual shifts in mood, energy, activity and can go from highs to lows in their mood within a short period of time.

Drugs may induce this type of psychiatric illness and conversely bipolar disorder may induce drug use.

The beloved actress battled drug addiction and in a 2013 statement to the Herald-Tribune said, “Then, by the time I was 21 it was LSD. I didn’t love cocaine, but I wanted to feel any way other than the way I did, so I’d do anything.”

In 1985 she was diagnosed with Bipolar Disorder and had been an advocate for earlier diagnosis of mental health issues.

Her cardiac status was unknown until recently when she had her “episode” on the London to LA flight.  Carrie Fisher became a global sensation in the 1970’s in Star Wars‘ Princess Leia.

More in this category: « Nothing can stop the Twins on the road 6 mistakes you can avoid while starting your business »
back to top