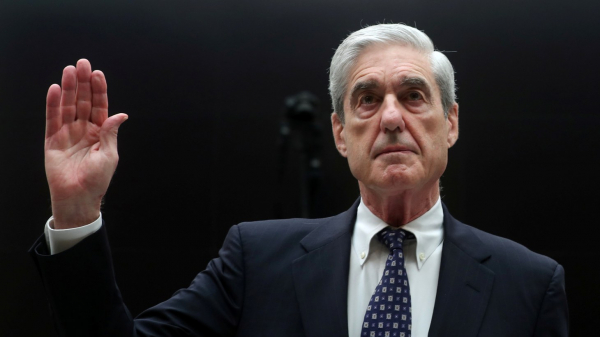 On Wednesday, July 24th, former special prosecutor Robert Mueller testified before two Congressional committees - the Judiciary in the morning, and the House Intelligence later in the afternoon. Democrats were salivating that Mueller was going to unload a heap of Trump’s impeachable crimes that had somehow been omitted from his special investigation. But basically Mueller just stuck to the script and repeated things that were already detailed in his 448 page report. So, it was really nothing new to anyone who, you know - actually read the report. (I should note that I’ve read half of it and skimmed half of it.) And Mueller pretty much testified exactly what he wrote:

Which is not even close to what the actual report said. Anyway, you know all this if you read the report. You do not know any of this if you watch Fox News. And remember as soon as the report came out and Barr delivered his four page memo to congress with the “No collusion. Total exoneration” tone a lot of Democrats were skeptical. And then Trump and Fox News said, “Mueller’s a stand up guy! He knows what he’s doing! He did his job! No collusion. Total exoneration.”

It sounds to me that the “No collusion, total exoneration” kind of stuck in Mueller’s craw and so he felt the need to clear up the general tone of his report for anyone who still thinks that it said any thing like, “No collusion. Total exoneration.”

And so Mueller said he would testify before congress. And suddenly Fox News and President Trump were like, “Mueller’s an incompetent hack! Don’t trust anything he says! He should have been fired!”

Anyway, Mueller went to Congress and testified. For several hours. But the additional smoking gun that Democrats were hoping for - never arrived. As mentioned he really just said the same exact things that were in his report. And Mueller refused to answer something like 200 questions -  mainly about sitting A.G. Barr and the Steele dossier.

Okay. I’m not exactly sure why Mueller didn’t answer any of those questions but I guess he had his legal reasons. To be honest, the entire thing played out like Mueller was there to polish his reputation which he felt had been tarnished by Barr “mischaracterizing” his report. Mueller didn’t really give the committees anything new they couldn’t have just gotten from reading the report.

Honestly, I don’t really see what the point was. But hey, I guess it made for entertaining television for a few hours as Republicans tried to paint Mueller as a hack and Democrats fell all over themselves thanking him for being a veteran and we audience members kept hoping a smoking gun was just around the corner. Which - it wasn’t.

But still, the actual report is kind of interesting. You should read it. The only time it mentions “no collusion” is in the intro when Mueller discusses how collusion has no real legal meaning so he won’t be trying to prove “collusion.” Instead he was trying to prove coordination and conspiracy.

And it one hundred percent does not say “total exoneration.” It says the exact opposite, in fact. But I’m no longer sure that facts matter. And that’s a crying shame.

More in this category: « Numbering you won't stop the opioid crisis The Deep State and the Dumb State »
back to top