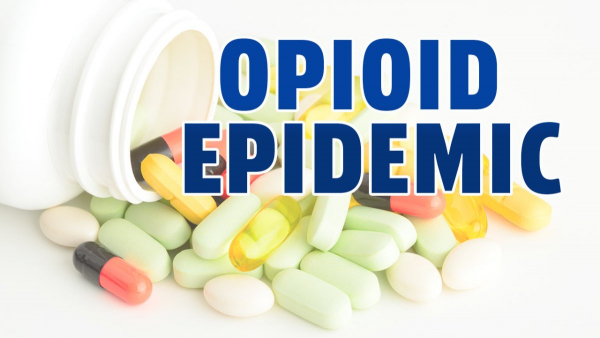 People are dying all over the country from opioid overdoses. There’s a movement to have the antidote naloxone available in all ambulances and even over the counter. This temporarily reverses the fatal effect of opioids, which stop the patient’s breathing. First responders themselves may need a dose because of contact with a tiny amount of fentanyl, an extremely potent narcotic, while attending a patient.

No, the fentanyl does not come from the patient’s bottle of legal prescription drugs.

Rep. Bill Foster (D-Ill.) introduced a proposal that he claims would “go a long way to fight the practice of doctor shopping for more prescription pain pills amid a deadly opioid crisis.” Doctor shopping “involves visiting multiple doctors.” Hardly new, this proposal, now passed by the House of Representatives as an amendment to a $99.4 billion Health and Human Services appropriations bill, lifts the ban on funding a Unique Patient Identifier (UPI).

The UPI is part of the Health Insurance Portability and Accountability Act (HIPAA) of 1996. You don’t have one yet because former congressman Ron Paul, M.D., (R-Tex,) sponsored a prohibition on funding it as part of a 1999 appropriations bill. Rep. Foster’s amendment repeals Dr. Paul’s prohibition.

So how is this 1996 idea supposed to work? And why would it be better than the Prescription Drug Monitoring Programs (PDMPs) now in effect in nearly every state? Every prescription for a controlled substance must be reported to the PDMP, and the doctor must check it before writing a prescription, to be sure the patient is not lying about having prescriptions from other doctors. This costly program that creates time-consuming hassles for doctors has not prevented opioid deaths.

PDMPs are ineffective because doctor shopping is not the cause of the problem. Only 2.5 percent of misused prescription pain medicine was obtained by doctor shopping. And this small percentage apparently increased after PDMPs. More than 97% of misused medications are obtained from a single physician—or from an illicit source. The spike in opioid deaths after 2013 was caused by illicit fentanyl, as Dr. John Lilly concludes from painstaking analysis of official data.

If Rep. Foster’s amendment is not removed, you might have to have a UPI to get legitimate medical care—“no card, no care”—but the drug cartel won’t mind. You can shop drug dealers as much as you like. There is a flood of fentanyl, mostly from Mexico or China, coming across our borders. Rep. Foster is apparently unaware of the armed lookouts protecting the smuggling routes in the Tucson sector. And once here, the drugs go to distributors—such as illegal aliens protected in sanctuary cities.

So, what about the other touted benefits of the UPI? “Specifically, assigning a unique number to a patient would give doctors a way to immediately identify a patient’s medical history,” said Rep. Mike Kelly (R-Pa.). He says it “would lower the cost of medical mix-ups due to misidentification.” His elderly father was nearly given the wrong medication.

To prevent medical errors, you need alert nurses and doctors—and the UPI is not going to fix the hazards of the electronic health record. The EHR, touted as the solution that will bring efficient, quality care, has created its own type of errors.

There is no guarantee that a UPI will improve access to the record, and critical information will still be buried in voluminous, repetitious data of dubious reliability, some of which may have been cut-and-pasted from another patient’s record. There may be critical gaps as patients withhold information they don’t want in a federal database. The new problem that brings the patient to the hospital won’t be in the old record—but may be the result of an old misdiagnosis that should be corrected instead of copied.

Patients need to be able to shop for doctors, especially if the one they have has not solved their problems. Some of them desperately need opioids, which are increasingly difficult to obtain. They do not need a UPI, and neither does their doctor.

The UPI is ideally suited for government tracking and control of all citizens. People like J. Edgar Hoover or Lois Lerner might find it very useful. But it would be the end of privacy, and the foundation for a national health data system.

Jane M. Orient, M.D. obtained her undergraduate degrees in chemistry and mathematics from the University of Arizona in Tucson, and her M.D. from Columbia University College of Physicians and Surgeons in 1974. Her views and opinions are her own and do not necessarily reflect the opinions of GCN.  Her column can often be found at www.pennypressnv.com. Her column has been reprinted in full, with permission.

More in this category: « CNN and the left seem to think that low prices at Dollar Stores are BAD for poor Americans Opinion: More Mueller, more Congress, and more people who clearly didn't read a word of the actual Mueller Report. »
back to top