Don't be civil in politics? 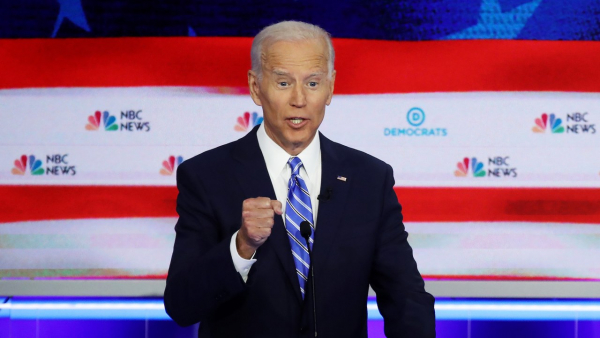 Here’s what we learned from the first democratic presidential debate last week. Do not fraternize with those you disagree with and never refer to a fellow politician as son, boy or anything similar.  It’s just not “politically correct.”

Former Vice President Joe Biden was roasted for talking about trying to find common ground with conservative southern senators when he served in the U.S. Senate. “At least there was some civility” Biden said about working with segregationists like former Mississippi Senator James Eastland. He should not have been so “civil” says a number of other democratic candidates.

I’ll tell you this. These presidential wannabes have never spent time around the Louisiana legislature.  When I was elected to the Louisiana State Senate back in 1972, I sat in the Senate chambers shrouded by older senators who had served in that body for a number of years.  They included Harvey Peltier from Thibodaux, Jackson Davis from Shreveport, Jesse Knowles, who survived the Baton death march in World War II, and J.E. “Boysie” Jumonville from New Roads.  They all were quite conservative, more so than me.

Many of these senators had served through the segregation era and had opposed any legislation involving civil rights. When I took office, we often disagreed and I did my best to bring them around to my point of view.  But we were always civil and we often socialized and shared a meal when the legislative day was done.

Should I have scorned those who disagreed with me as Joe Biden is accused of not doing.  Of course not. The whole focus of a democracy is to confect workable solutions where a consensus can come together.  Failing to confer with those you disagree with is, in my opinion, a dereliction of one’s oath of office.

I was affectionally referred to by these elder senators, as “the new kid” and “young Brown.” Boysie Jumonville, who sat right next to me, often called me son or boy.  I never took offense, nor did I think his term of “boy” had any racial connotations.  A far cry of the onslaught of criticism Biden is facing today.

Let me tell you how bad the racial tension could have become.  With much humor and gusto, Louisiana’s first black representative, Dutch Moriel from New Orleans, relished telling of his first day at the state capitol in Baton Rouge as a new legislator.  Representatives have seat-mates, with their two desks sitting side by side.  As chance would have it, Dutch sat right next to Representative Jesse McLain, who represented an archconservative district in southeast Louisiana that had been a hotbed of Klu Klux Klan activity.  Now Dutch was from a Creole background and quite light skinned.

Dutch told me that when he took his seat, Jesse leaned over and whispered: “Where’s that N…..? (Yes, the N word.)  Dutch said he just smiled, looked around the room for a minute, then leaned over to Jesse, got right up in his face, and said: “You’re looking at him.” Then he burst out laughing.  A flustered McClain excused himself from the legislature for the rest of the day.

McClain came back the next day and apologized.  Dutch told me that they became friends, and that he worked on McClain for the next four years to make him more enlightened on a number of social issues.

Of course you have to reach out when you are in public office.  We will never agree on all matters, but there is a middle ground on a number of social and economic issues that both make sense and serve the public interest. For some current presidential candidates to argue otherwise is bad policy and bad governing.

More in this category: « 18 years ago General Wesley Clark said; “planned wars,” 7 Countries in 5 Years - finishing off Iran! 243 years ago we deposed a whole government »
back to top