Too much political correctness! 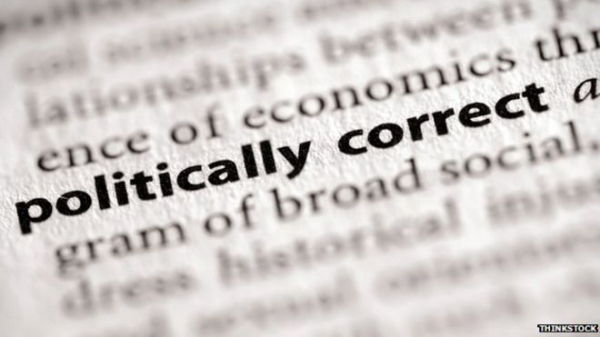 I don’t know about you, but I sure am confused about all this current debate over gender equity, gay rights, and transgenders. I keep reading in the newspaper about LGBT. I had to look up the lettering to even know what the abbreviation means. Being “politically correct” has become an obsession with much of the country as well as right here at home in Louisiana.

Now personally, I don’t have a dog in this hunt. Carry on your personal lifestyle as long as you don’t interfere with my way of life or my personal freedoms. Live and let live. But too often today, one lifestyle interferes with that of another. If a baker is in business to make a living, why turn down anyone who wants a cake baked for his or her wedding? On the other hand, if it’s a gay wedding and the baker refuses to bake a wedding cake, why would the gay couple want to do business with someone they consider bigoted?

And this whole transgender bathroom thing? How did transgenders go to the bathroom for the past 100 years? I never really check out someone using the stall next to me. And why all the need for separate men and women’s bathrooms in the first place? Many restaurants in New Orleans have one bathroom for either sex to use. Have you gone to a sporting event and seen a long line for women and none for men? Architects ought to be more creative in designing safe and clean restrooms that can be more efficiently shared by everyone.

I wrote in my column recently about the hypocrisy of hate crimes. Why should any criminal be given a greater sentence because he or she committed crimes based on race, sexuality, sexual identity, or physical ability? If a child is tortured and murdered, is that to be considered less of a crime than if an Asian or a handicapped person is killed? Political correctness should not be a factor.

In Natchitoches Parish this past Christmas, a school principal was suspended for allowing a student-led prayer to take place. There was no sponsorship by the school. The students were just allowed to pray. But this wasn’t politically correct in this day and age. Kids can pray under their breath but not out loud? Nonsense!

I wanted to order the wonderful Disney film “Song of the South” recently to watch with my grandchildren. Remember all those enticing songs like “Zip-A-Dee-Doo-Dah” and “That’s What Uncle Remus Said?” Uncle Remus was an American Aesop, full of delightful stories (“Don’t throw me into the briar patch”). But the film has been out of circulation since 2000 because some critics say it glorifies slavery, even though the story takes place years after the Civil War. But not to offend anyone, so our kids miss out on a delightful tale of magical fables.

And for goodness sake, don’t attempt to bless anyone if they sneeze or for any other purpose. Up in New Hampshire, an election worker was recently fired for telling voters as they left the voting booth “God bless you.” It was supposedly a form of electioneering. I guess election officials were afraid a voter might have so disconcerted over the candidates running that they might go back into the voting booth and vote for the Good Lord instead.

A person can be sensitive to how others might feel without worrying that their every utterance may cause someone to take offense. Some of us feel it necessary to be more politically correct than do others. But a vibrant and strong country is only as courageous and agile as the sum of its parts.

I’m willing to go just so far to appease the P.C. crowd. Look, I’m a redneck, not someone who is rustically inclined. And we are always going to have hurricanes down here in Louisiana, not "himmi"-canes. Sometimes, things are said where you take personal offense. But we can also go overboard by assuming a “victim mentality.”

You can be polite, but in doing so, you don’t have to shy away from telling it like it is.  I try to do just that in offering you my perspective in my column each week.

More in this category: « Opinion: Don't expect the government to cure cancer ... there is not enough political reward 18 years ago General Wesley Clark said; “planned wars,” 7 Countries in 5 Years - finishing off Iran! »
back to top