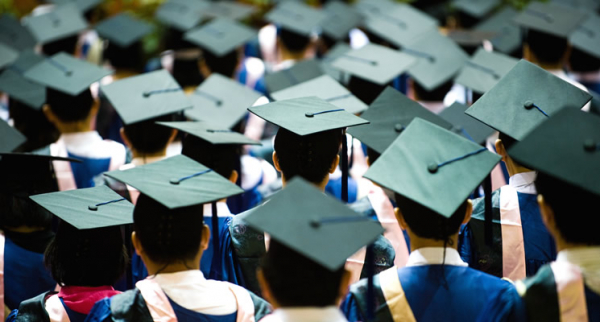 Recently, the outstanding economist Richard Vedder penned a column in the Wall Street Journal on the problems of higher education in America.  He titled it: “College Wouldn’t Cost So Much If Students and Faculty Worked Harder.”

The piece was a preview of his book on the subject, Restoring the Promise: American Higher Education Today to be published May 1.  From his summary and from reading his previous writings on the subject, I’m certain the book will be outstanding

His analyses have coincided with my own as a Nevada legislator, higher education regent, college teacher and state controller, and he has brought good data to illustrate issues I have observed in those roles.  So, here, I’ll present a summary of his WSJ piece, and in future column I’ll detail from my experience and his book some major issues and solutions to the serious challenges U.S. higher education faces.

Vedder begins: “One reason college is so costly and so little real learning occurs is that college resources are vastly underused.  Students don’t study much, professors teach little, few people read most of the obscure papers the professors write, and even the buildings are empty most of the time.”

As a regent and part-time community college instructor for four years, I observed all these phenomena and more first hand.  They are some key reasons higher education costs have increased faster in real terms than the incomes of students and their families while those students are being ever more poorly prepared for life and the job market.  And taxpayers are shorted.

His first observation is that surveys show college students today spend about 27 hours a week in class and studying, while taking classes only about 32 weeks a year.  Or, fewer than 900 hours a year on academics – “less time than a typical eighth-grader and perhaps half the time their parent work to help finance college.”

He notes other researchers have found that in the middle of the 20th Century students spent 50 percent more time – around 40 hours weekly.  Grade inflation has vitiated their incentives to work hard because the average grade received has risen from B-/C+ in 1960 to B/B+ now.

Vedder notes that on some campuses students study much more.  And, “Engineering majors probably work much harder than communications or gender studies majors.”  Ditto, law and medical students.  As a sometimes engineering major at Illinois, recipient of a masters from Stanford in Engineering Economic Systems and later law student, I know all that’s not new.

But neither he nor I are suggesting that students responding to the changing incentives is the only problem.  Vedder confesses: “I’m part of the problem: I’ve been teaching for 55 years, and I assign far less reading, demand less writing, and give higher grades than I did two generations ago.”  Most other professors are less demanding and productive in teaching and useful research than he is, while mostly hard-sciences instructors put in similar teaching and productive research time.

When I taught 15 years ago, I told my community college students at the start of the semester I would teach them just as I would at any four-year college, including the same reading, writing, homework and testing.  However, I felt guilty because I succumbed to the grade inflation trend.  On the other hand, because a third of them needed remedial English, writing and math skills (having been shorted by their grade and high schools), I provided that service.

Another point he makes is that objective measures show the results of college education today are underwhelming.  Similarly, I noted in my controller’s annual reports that American K-12 students’ achievement scores in international tests are in the middle ranks of those for advanced countries, while our per-student spending is among the highest.

A major point I learned as a regent is that much of higher education’s problem is the proliferation of administrative and other non-teaching staff relative to all instructors.  Because colleges and universities work hard to cover up this phenomenon, I had trouble getting data on it, and I look forward to his book for more information here.

When we understand the full dimensions of the problem, we can begin crafting remedies.  Stay tuned.

More in this category: « Opinion: Can 1,108 voters predict how 128-million voters feel? Opinion: More about that endless Mueller, Barr, Trump, Congress showdown »
back to top