Opinion: You want to impeach the President? Take your best shot! 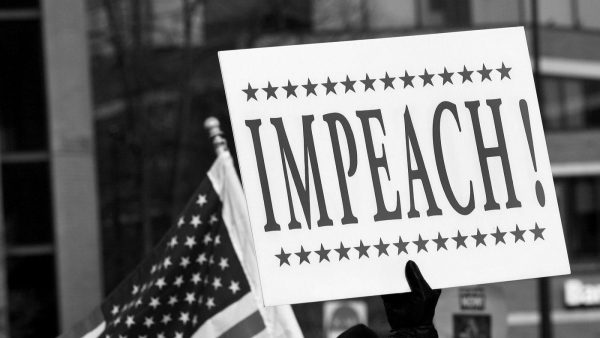 Here is a message to Democrat dim bulbs everywhere who, after the Mueller report’s release, cannot, as one of their favorite organizations is so aptly named - move on.

On April 18, 2019, your collective ass got whupped again—this time by your own designated agent, Robert Mueller.

You still don’t understand that the average American voter thinks you are full of crap. That the reason Hillary lost was not the Russians but that she called half of America, “deplorable.”

No, you want to get rid of the President by any means possible - or impossible.

Go ahead and impeach the President. Please. Let cocky little jerks like Jerrold Nadler and Adam Schiftless rule the day with their pseudo-intellectual bullcrap. Paraphrasing the immortal words of the late George Wallace, I’ll bet they couldn’t even park a bicycle straight. Both of these clowns are like the freshman in college who got beat up every day by the seniors and now, they’re going to show us.

Meanwhile, we DO have a crisis at the border.

And the economy IS doing quite well.

A classic episode of a TV show, WKRP in Cincinnati, ends with the station manager saying, “As God is my witness, I swear I thought turkeys could fly.”

Who would have thought that the writers in 1978 could have imagined today’s Democrats 41 years later.

We know a few things.

One is that turkeys CANNOT fly.

Two is that Democrats in the House of Representatives are auditioning to be turkeys.

In 448 pages, (available on pennypressnv.com) you see a President who has little or no patience for fools and has never been afraid to say so to anyone who paid attention.

Had Trump fired Mueller or Jeff Sessions, it might have caused him political agita, but I’d put money on this Supreme Court ruling out obstruction of justice if it ever got that far.

And, as far as these clowns - yes, clowns - who chair various committees in the House go, if I were the Attorney General I would not answer their demands with nice letters.  I would call a press conference and tell them to blow it out their…anal orifices. Or something like that. But that’s just me.

Although, I would observe that many of my fellow average American voters tend to feel the same way and use the same or similar language in their unguarded moments.

And as far as impeachment goes, the aforementioned clowns are playing with the possibility of going years before Democrats ever win an election in many places again.  If they’re that stupid.

First, we know for a fact that impeachment would just be a symbolic gesture.  There is NO WAY they get 67 votes in the Senate to remove the President.  And if Indian imposter Elizabeth “Pocahontas” Warren thinks her call for impeachment will help her run for the Democratic nomination, we sure hope the Democrats ARE that stupid.

Having spent 20 years of my life in Las Vegas, I wouldn’t put any money on either side of that proposition.

More in this category: « Instead Of #notmypresident, how about #limitedgovernment? What? Change the Louisiana state song? Them's fightin' words! »
back to top