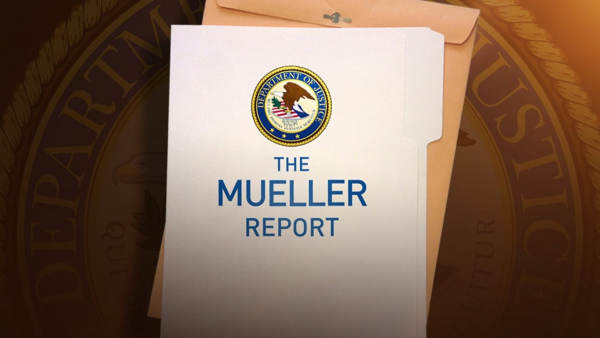 By now you all know that the full (but redacted) Mueller report has been made available to the public. I am slogging through it now. It’s long. Four hundred and eighty eight pages long. And I’m only one guy. It’s gonna take me awhile to get through it all.

But I have read a decent amount of it. It’s broke down into two volumes.

Volume I details Mueller’s investigation into Russian interference in the 2016 presidential election and "if the Trump Team conspired with the Russians."

Volume II deals with the president's “actions towards the FBI investigation” and if any of said actions are "obstruction of justice."

So far - I have some thoughts.

So, what does the Mueller report actually say about Russian interference and collusion?

A lot. Like, way more than I ever expected it to. From Mueller’s introduction to Volume I of the report:

“The Russian Government interfered in the 2016 presidential election in sweeping and systematic fashion. Evidence of Russian government operations began to surface in mid-2016. In June, the DNC and its cyber response team publicly announced that Russian hackers had compromised its computer network. Release of hacked materials -hacks that public reporting soon attributed to the Russian government-began that same month …. Trump foreign policy advisor George Papadopoulos … (said) that the Trump Campaign had received indications from the Russian government that it could assist the Campaign through the anonymous release of information damaging to Democratic presidential candidate Hillary Clinton. The information prompted the FBI on July 31st, 2016, to open an investigation into weather individuals associated with the Trump Campaign were coordinating with the Russian government in its interference activities.

That fall, two federal agencies jointly announced that the Russian government “directed recent compromises of emails from US persons and institutions, including US political organizations,” and, “these thefts and disclosures are intended to interfere with the US election process.”

So, this all makes it very, very clear that Russia, a hostile foreign power, endlessly interfered in the US presidential election. That’s not even in debate.

The next part of the introduction talks about how Mueller was assigned, came on board in May of 2017 as Special Counsel and was authorized to investigate “the Russian government’s efforts to interfere in the 2016 election,” including any links or coordination between the Russian government and individuals associated with the Trump Campaign.

Okay. We all know this. And then the report clearly says this:

“As set forth in detail in this report, the Special Counsel’s investigation established that Russia interfered …. principally through two operations. First, a Russian entity carried out a social media campaign that favored presidential candidate Donald J. Trump and disparaged presidential candidate Hillary Clinton. Second, a Russian intelligence service conducted computer-intrusion operations against entities, employees, and volunteers working on the Clinton Campaign and then released stolen documents. The investigation also identified numerous links between the Russian government and the Trump Campaign. Although the investigation established that the Russian perceived it would benefit from a Trump presidency and worked to secure that outcome, and that the Campaign expected it would benefit electorally from information stolen and released through Russian efforts, the investigation did not establish that members of the Trump Campaign conspired or coordinated with the Russian government in its election interference activities.”

Hrmmm. The words “numerous links,” and “did not establish” don’t seem to fit together. Let me unpackage it all:

Mueller felt that the while the Russians instigated cyber terrorism and the Trump team accepted the stolen material there was technically “no collusion,” because both groups acted independently towards the same mutually beneficial goal.

Okay. I understand. That’s fair. The Trump team never called up the Russians and said, “Can you steal a bunch of stuff in order to help us win the election?” In which case, for it to be collusion, then the Russians would have to respond with, “Of course! We’ll break into the US Government and steal a bunch of information that will help you win!” Because that specific agreement - tacit or express - did not seem to happen - then there was “no collusion.”

Which … is not exactly how Barr’s four page summary spun it. But, whatever.

Also, I’m only about fifty pages into the report so far.