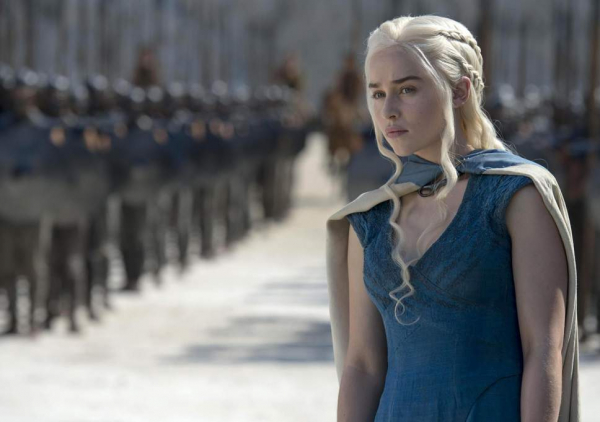 Emilia Clarke, who plays Daenerys Targaryen on HBO's wildly popular Game of Thrones, revealed in an essay published by the The New Yorker she suffered two potentially fatal attacks while filming the popular series.

In 2011, she reports that while she was exercising, she felt a severe headache and then began vomiting violently. An ambulance took her to the hospital and her MRI showed she had a subarachnoid hemorrhage (SAH).  She describes the ordeal:

"...Then my trainer had me get into the plank position, and I immediately felt as though an elastic band were squeezing my brain. I tried to ignore the pain and push through it, but I just couldn’t. I told my trainer I had to take a break. Somehow, almost crawling, I made it to the locker room. I reached the toilet, sank to my knees, and proceeded to be violently, voluminously ill. Meanwhile, the pain—shooting, stabbing, constricting pain—was getting worse. At some level, I knew what was happening: my brain was damaged..."

Clarke had to undergo surgery and recovered but then suffered another one in 2013, that was found on repeat brain scan.

She in detail describes the painful recovery but fortunately survived and was able to film one the most successful series in TV history and become one of the most beloved characters on the show.

What is a brain aneurysm?

An aneurysm is a “ballooning” or swelling of an artery.  Theses may occur where the artery junction weakens.  High blood pressure can contribute to aneurysm formation as can smoking.  Some aneurysms may have no symptoms at all but others could rupture, causing a hemorrhage in the brain, stroke.  Elevated blood pressure, heaving lifting, and trauma could cause these to rupture.

According to the Brain Aneurysm Foundation, 15% of people with a ruptured brain aneurysm die before they reach the hospital. 40% can be fatal.

Surgery or endovascular coiling is done to prevent further blood flow to the aneurysm.