Medicare for all: Reality or fantasy? 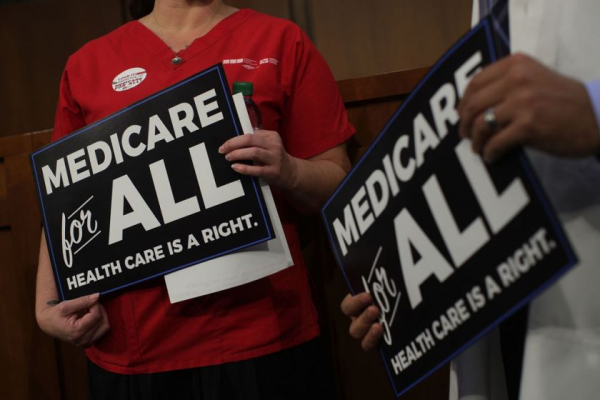 Senator Bernie Sanders during the 2016 Presidential Election called for a single payer system to cure our healthcare woes. Now Democratic contenders for the 2020 election are calling for the same. Some voters are salivating at the thought, tired of high insurance premiums and deductibles. Others are cringing at the idea of the government running our healthcare system. Yet most are confused and want more details. So let’s break it down.

Medicare is the health insurance offered by the federal government for those over 65 and with disabilities. According to medicare.gov they breakdown medicare as the following:

Medicare is the federal health insurance program for:

These plans are offered by insurance companies and other private companies approved by Medicare. Medicare Advantage Plans may also offer prescription drug coverage that follows the same rules as Medicare Prescription Drug Plans

Medicare Advantage (also known as Part C) is an “all in one” alternative to Original Medicare. These “bundled” plans include Part A, Part B, and usually Part D.

What is Medicare For All?

Originally suggested by Senator Bernie Sanders, Medicare for All would essentially allow all Americans to qualify for Medicare. According to Unitedmedicareadvisors.com:

Medicare for All promises to cover numerous healthcare products and services, including the following:

The concept sounds nice but Medicare doesn’t currently cover many of the above such as hearing aids, dental exams, and long-term care.

How would Medicare For All be subsidized?

MEDICARE FOR ALL, ESTIMATED TO COST AROUND $1.38 TRILLION A YEAR, WOULD OPERATE WITH FUNDING FROM THE FOLLOWING SOURCES:

Unfortunately, tax hikes on employers could lead to price hikes and less employment.

So the concerns I have are Medicare doesn’t currently cover what Medicare for All is touting and the expense may be underprojected.

Moreover many healthcare providers do NOT take Medicare so access can be an issue.

However, until premiums and deductibles go down, and more Americans become insured, plans such as this will gain attention and popularity.