Oscars change their mind again (and again, and again...) 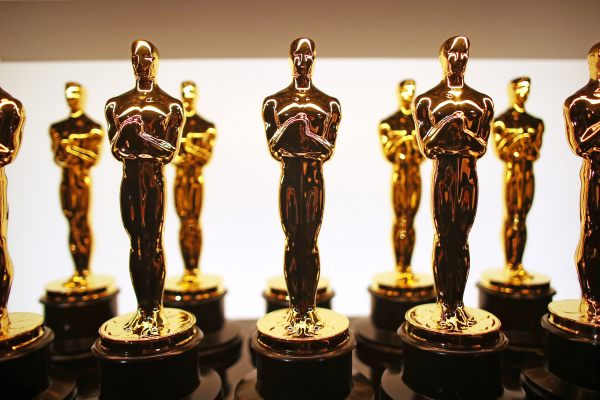 Too much insider chagrin, the Academy of Motion Picture Arts and Sciences’ board of governors decided that four Oscar categories (Cinematography, Editing, Live Short Film, Hair & Makeup) would be announced during commercial breaks and not live for the telecast. Now, this general idea is nothing new as the entire Scientific and Technical Awards take place two weeks before the Oscar ceremony. From the Oscars.org website:

“The Academy’s Scientific and Technical Awards honor the men, women and companies whose discoveries and innovations have contributed in significant and lasting ways to motion pictures. Honorees are celebrated at a formal dinner held two weeks prior to the Oscar ceremony. The Sci-Tech Awards presentation has become a highlight of the Academy Awards season.”

Okay. So we have minor precedent that some awards take place - well, off camera. And if you wanted to assign Hair and Makeup and maybe some of the technical awards for sound and visual effects to the Sci-Tech award dinner, there may (or may not) have been as much outcry.

But … cinematography? And editing? Are you kidding me?

Well, even though my stunned disbelief went unheard; the Academy was bombarded by negative press coming from all sorts of Hollywood bigwig insiders such as the American Society of Cinematographers, the Producers Guild and the Directors Guild.

The intent of the Academy’s decision was to yearly rotate different category winners to be “off camera” and then have the edited speeches quickly shown in montage format later in the show. This is all designed to save time as the Oscar ceremony tends to run more than three hours. And, I guess folks complain about that. Or, perhaps there is a contractual agreement to have the show in 3 hours or less. Either way, I find it odd. I mean, the ceremony is long. It’s always been long. Deal with it. Or, don’t watch it. Or, don’t contractually agree to make it less than 3 hours because it might be 3.5 hours. It usually is. Why feign surprise this year? You know?

Anyway. The change didn’t settle well with some big named celebrities who threw their Twitter weight around and drummed up enough bad press and negative social media buzz for the Academy to reverse course entirely with this press release:

“The Academy has heard the feedback from its membership regarding the Oscar presentation of four awards — Cinematography, Film Editing, Live Action Short, and Makeup and Hairstyling. All Academy Awards will be presented without edits, in our traditional format. We look forward to Oscar Sunday, February 24.”

First there was the "Popular Film" category that everyone hated. So it was dropped. Then their was Kevin Hart as host, who the Academy dropped. And now the off camera awards - decision revesed.

What's next, I wonder?

I guess we'll find out on Sunday night.