Blackface, Louisiana and the Confederacy of Dunces! 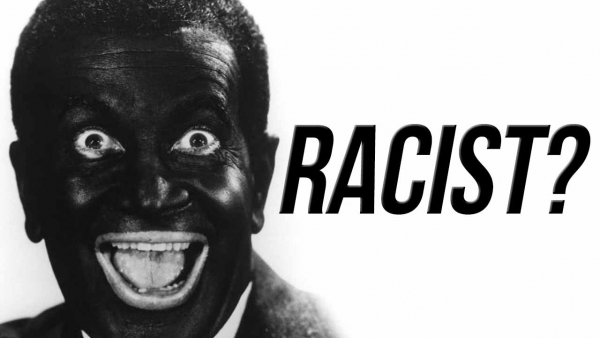 Blackface mania has consumed voters in Virginia and is seeping into other states. Are their closeted politicians in Louisiana who are perusing their old yearbooks and scrapbooks to see if there are any blackface photos lurking in their past?  Actually, no, since blackface parodies have been part of the Louisiana mode de vie for a number of years.

If you have been down the bayou at your fishing camp and have not stayed current on the national news, there are daily reports concerning the Governor and the Attorney General in Virginia who have admitted wearing blackface in their younger years. Both are democrats, and most of the other democratic elected officials are calling for the two office holders to step down. It’s right down chaotic in Virginia now, since you have the governor and the attorney general admitting blackface, the lieutenant governor is accused of sexual assault, and the next in line Speaker of the House who got his job by having his name picked out of a bowl. They really have it all together in what has been called the most progressive state in the South. If there is a confederacy of dunces, it’s Virginia, not the Bayou State.

The Virginia governor now is backtracking and says that’s not really him in the blackface photo taken back in 1984. Not much of a memory, but other than that, he seems like a decent guy. In his race for governor, he was endorsed by every black legislator in the state. For years, the white Democratic governor has belonged to a predominantly black church with a black pastor.  As a physician before becoming governor, he served in a volunteer capacity as the medical director of a children’s hospice, and as an Army doctor, he treated Gulf War casualties for eight years.  By any reasonable measure, he seems to have made a longtime commitment to racial justice and public service. But it’s all about that blackface, isn’t it?

When l was serving as Secretary of State in the 1980s, Louisiana legislators, at the end of their legislative sessions at the state capitol, performed a self-parody making fun of their work and themselves. It was called “The Opera” where black legislators wore whiteface and white members wore blackface. No one seemed offended, and one of the most enthusiastic participants was Rev. Avery Alexander, a black civil rights leader and the founder of the Legislative Black Caucus. There was give and take, all in good fun.

Mardi Gras Day is just a few weeks away, and one of largest organizations to march through the city of New Orleans is the Krewe of Zulu. It’s a black krewe that often invites white friends to participate.  But there is one requirement.  A white participant must wear blackface.  A Caucasian friend of mine was invited to ride in Zulu, but he told the group he would not wear black face because he did not want to offend anyone.  Sorry the black organization told him.  No blackface, no riding in Zulu.

In Baton Rouge this week, a 1993 photo was discovered showing two white police officers in blackface. The officers were involved in an undercover narcotics sting operation to get drugs off the streets. The Baton Rouge mayor was appalled and issued a strong statement condemning the operation. She apparently feels it is better to let drug dealers continue to operate rather than offend anyone.

With a wave of political correctness sweeping the country, blackface on any level would be inappropriate. But should someone today be held accountable for something they did without malice 30 or 40 years ago?  How far back do we go in one’s past before we forgive poor judgment?  Would St. Paul have passed such a test after he admittedly persecuted Jews and followers of Jesus Christ before he became a Christian? Or should such degraded souls be eternally ashamed and be reconciled to make perpetual amends?

Let me submit that America, with all its warts, is a pretty decent country that has been able to adapt, revise, adjust and yes, forgive. It’s time for the overlords of outrage to put their intolerance aside let the nation to move on.

More in this category: « Gestapo Tactics in America? Valentine’s Day: The Least Liked Holiday of the Year »
back to top