Some Vape Flavors May Be More Dangerous Than Others 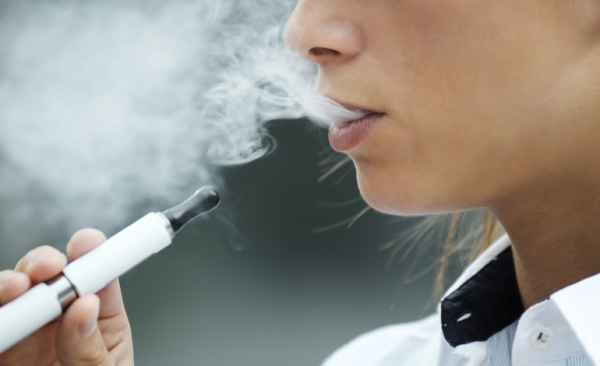 Diacetyl and 2,3- pentanedione have been found in multiple products to aid in flavoring and considered safe for human consumption. But that’s the key….consumption by eating,  not necessarily inhalation.

In this recent study from Harvard TH Chan School of Public Health, the cilia, small projections that line the respiratory tree allowing for a brush and propelling of contaminants coming down the pipe, appeared impaired in function when exposed to the chemicals.

Changes in gene expression of the cilia’s production and function were witnessed and could put one at risk for lung disease and lung cancer.

Diacetyl has been linked to “popcorn lung,” in which inhaling the yummy smelling chemical lined vapor could cause scarring of the lungs and loss of function.

Endothelial cells, which delicately line blood and lymph vessels, were found to become inflamed at low concentrations of some vapor flavors.  And at high concentrations of others, exhibited cell death.  Nitric oxide production, necessary for vessel dilation to improve blood flow, was impaired as well. These are often the same changes seen in early heart disease.

The 9 flavors (and the chemicals within) cited in the report to cause the endothelial inflammation and/or damage were:

Strawberry flavoring appeared to have the most adverse effect on the cells.

Now, many other flavors were not included in this study, so it's unknown how safe they may be.

For more on the study, read here.

For more on this study, read here.

The moral?  Just because we love the taste of something, doesn’t mean it’s safe to inhale.

Dr. Moon-shong Tang and his colleagues exposed mice to e-cig smoke during a three-month period, 5 days a week for three hours a day.  They found these mice, compared to those breathing filtered air, to have DNA damage to cells in their bladders, lungs and hearts. The amount of nicotine inhaled was approximately 10 mg/ml.   That dose would be commonly consumed by many humans who vape.

The topic of nicotine increasing one’s vulnerability to cancer is nothing new as decades ago researchers found nicotine to affect the cilia (brush border) along the respiratory tree, preventing mucus production and a sweeping out of carcinogens trying to make their way down to the lungs.

In February, one study reported that toxic levels of lead and other metals may leak from the heating coil element into the vapor inhaled during e-cig use.

These chemicals may act as neurotoxins, affecting our nervous system, cause tissue necrosis (cell death) and even multi-organ failure.  Moreover they can affect how our immune system reacts to other chemicals as well as foreign pathogens, affecting our ability to fight other diseases.

More in this category: « In Wyoming, Three Cats Test Positive for the Plague Millennials at Twice the Risk of Getting Cancer than Their Parents and Grandparents Were »
back to top