Explaining the Delay of Implementing the College Football Playoff Featured 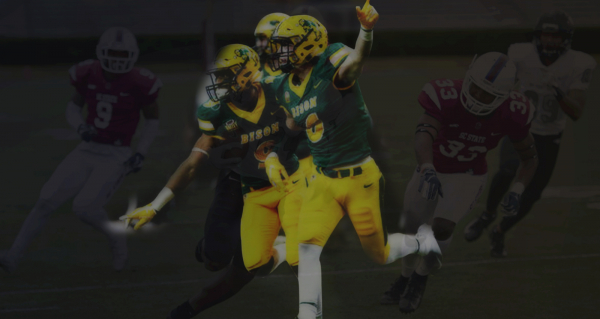 I don’t need to tell you that the College Football Playoff (CFP) needs to expand to include at least eight teams. You and everyone else already knows that. But you might not know why it's taken 150 years for college football's power elite to even consider adopting a college football playoff worthy of the most popular collegiate sport and its most loyal fans.

When it comes to determining a champion, a four-team playoff is only more right more often, not most right most often. The NCAA even realized this and remedied it rather quickly. In just its fourth season, the Division I-AA playoff was expanded to include eight teams. The very next season the playoff expanded to include 12 teams, and in its ninth season, the playoff grew to 16 teams. Now the FCS Playoff field starts with 24 teams. Meanwhile, in its fifth season, the CFP remains a four-team playoff despite FBS co-champions being listed in the NCAA record book last season, further frustrating fans longing for an NCAA-sanctioned, FBS playoff and national championship game.

The FBS remains the only NCAA sports division for which it does not sanction a yearly championship event. While North Dakota State University got one of those iconic NCAA National Championship trophies and another banner to hang in the Fargodome for winning the FCS Playoff in 2017, Alabama did not. The Crimson Tide took home the CFP National Championship Trophy, of course, and the NCAA did list them in their annual record book as a national champion—along with the undefeated University of Central Florida Knights, who were ranked number one in the country according to the Colley Matrix, a mathematical system used as a “selector” of national champions since 1992. It’s the same method that ranked Notre Dame ahead of Alabama despite losing the BCS National Championship Game 42-14 in 2013 because Notre Dame’s strength of schedule remained superior to Alabama’s if you ignore chronological order of the games.

Why and how it took the FBS so long to follow the FCS to the football playoff promised land is mindless, stubborn tradition that’s resulted from a messy start to the sport’s history. That tradition is responsible for the repeated failures of the NCAA to determine a champion upon which most can agree. Tradition is tunnel vision that limits innovation. The NCAA attempted to improve upon fatally flawed methods of selecting national football champions, and every time a new method of selecting champions was adopted, that method’s success was measured relative to its predecessor instead of relative to a possible playoff. And since the predecessor always stunk, the NCAA grew more and more content with simply being better than it was rather than the best it can be.

The Origin of the “Mythical National Championship”

Since colleges were almost exclusively developing and growing the gridiron game, we can forgive them for almost half a century’s worth of inconclusive seasons over the sport’s first 67 years. Six teams shared the national championship in 1921, and 49 seasons ended without a "consensus" champion. But to be fair, there were a lot of other things to work out first—like the rules of the game and how to safely play it. Had football’s founding fathers known we’d still be changing rules and still not know how to play the game safely over a century later, they might have addressed the issue of 49 seasons basically ending in ties. But crowning the right champion wouldn’t be a problem much longer if football kept killing kids.

The result was the formation of the Intercollegiate Athletic Association (IAA), later renamed the NCAA in 1910, when the organization went about creating national championship sporting events for collegiate sports—all except football—which is why it was dubbed the “mythical national championship” way back in 1923.

Even when there were so few colleges fielding football teams, scheduling enough games to determine an outright champion was impossible given travel difficulties let alone injuries and deaths to players. So, naturally, white men who thought they knew college football started ranking teams. Both football polls and Bowl Games predate the founding of the NCAA. The earliest college football poll dates back to 1901, when All-America originator Caspar Whitney and Charles Patterson published their rankings in The Sun. The first Rose Bowl was played in 1902 before 8,500 people, so college football was already popular prior to “organized” collegiate athletics. The NCAA was formed in an attempt to save the sport from being banned due to injuries and deaths that resulted from playing the game.

The NCAA didn’t seem to mind that a system, however flawed, was already in place to determine collegiate football champions, and it still doesn’t mind the mythical end to the season of its sport generating more revenue on average ($31.9 million) than the other 35 collegiate sports combined ($31.7 million). The majority of NCAA revenue might come from its more-than-$700-million deal to broadcast its men’s basketball tournament, but when every conference gets its share based on its teams’ performances in The Big Dance, it still only accounts for 10 percent of revenues for Power Five conferences.

Starting in 1936, multiple polls and mathematical ranking systems would determine college football’s consensus national champion. From 1936 to 1949 there were just two unanimous college football champions, with four teams receiving a number one ranking from at least one official selector in the inaugural season. Some selectors still acknowledged by the NCAA predate the Great Depression, but the one it employed in an attempt to give fans the national championship they wanted resulted in more controversy, not less.

The BCS was immediately met with criticism in its inaugural season of 1998 that forced a change to the system. One-loss Kansas State, the third-ranked team in the country, was denied participation in BCS games in favor of Ohio State (ranked fourth) and Florida (ranked eighth). The “Kansas State Rule” assured the third-ranked team a spot in a BCS game. It was used eight times in the 15 BCS seasons.

The BCS was so inconclusive that only its final season ended without controversy according to the “Bowl Championship Series controversies” Wikipedia page. A Quinnipiac survey conducted in 2009 found that 63 percent of 1,849 respondents were ready to do away with the BCS, and a subcommittee in the United States House of Representatives even approved legislation that would make it illegal to promote a national championship game if it didn’t result from a playoff. It never became law obviously, but it likely motivated change.

FBS Kicks BCS Off the ’ship

The BCS was so bad that in 2014 the FBS was content starting where FCS did in 1978 rather than implementing the 24-team playoff model FCS was employing at the time. It made sense for FBS to keep it simple at the start, having failed to crown a consensus national champion in five seasons since the FCS Playoffs began.

The NCAA never showed an interest in captaining a Division I-A college football championship from the start, and that hasn’t changed. The CFP National Championship is captained by those whose plundering funds the NCAA's institutions. The Power Five conferences and their 64 institutions (independent Notre Dame makes 65) get 75 percent of the $608-plus million annual installment from ESPN.

The remaining 25 percent is “shared” with the 57 crew members of the five “other” FBS conferences and three independents, none of whom’s schools stand to earn more by actually playing in the CFP or even winning the national championship, making it as monetarily mythical to members of the American Athletic Conference—like the UCF Knights—as the treasure they’d find captaining an actual pirate ship.

The trip to the CFP is all-expenses-paid, however, with $2.16 million per game played going to each conference represented in the game. Some FCS schools also get drippings of $2.34 million. In 2016, the FCS generated almost $4.5 million in revenue but had over $17 million in expenses, so every little bit helps.

ESPN would willingly renegotiate the $7.3-billion, CFP broadcast deal that runs through the 2025 season (2026 Bowl Games) for the opportunity to broadcast more games. The contract won't hinder expansion of the CFP. Some things that might thwart expansion include the addition of too many games, allegedly making the other bowl games less appealing to viewers, keeping student-athletes away from their families during the holidays, and increased injury risk. And the CFP in its final form won't likely grow to include 24 or even 16 FBS teams since the difference between the top FBS teams and the 16th-ranked FBS team is so vast, while the FCS enjoys a bit more parity despite its own dynasty that rivals Alabama's dominance of its division.

Nothing in the 150-year history of blue-chip, college football has been done in a timely fashion. The FBS has proven to innovate off the field at the pace the National Football League (NFL) adopts college football innovation on the field. The FBS is finally emerging from the tunnel of tradition, leaving the BCS and the rest of the BS behind them. They're still blinded by the light at the end of the tunnel, having just emerged from a sea of money. But when their eyes adjust to the light and their pockets adjust for inflation, they'll discover the light at the end of the tunnel was really the FCS blazing the trail to the college football playoff promised land.

More in this category: « Timberwolves' Thibodeau Really Did Get the Best Deal for Jimmy Butler UCLA Gymnast Katelyn Ohashi Scores a Perfect 10 (again!) »
back to top