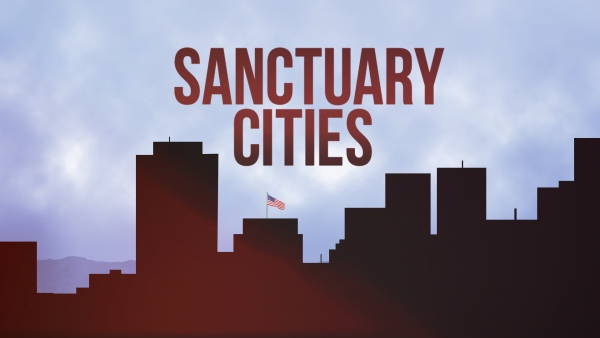 The President has made illegal immigrants who have moved in to what are called “Sanctuary Cities” a major issue in recent months, even signing an executive order cutting off funds to municipalities that ignore federal law. The Crescent City is in the forefront of ignoring federal law and protecting those there illegally.

Can the City of New Orleans pick and choose which federal laws it will acknowledge and enforce? Most of us understand that if you violate a federal law, then there are consequences. You most likely will be prosecuted and punished. Federal laws on the books are supposed to apply to everyone. That is unless you are an illegal immigrant living in New Orleans.

Didn’t we fight a Civil War over the nullification of federal laws? A century and a half later, New Orleans has joined a host of other American cities in declaring that federal immigration laws are just right down bothersome. It is irrelevant to city leaders in the Crescent City that their actions in supporting widespread illegal immigration is a factor in causing crime rates to rise, and the cost of auto insurance for every Louisiana driver to go up.

No one seems to know how many illegal immigrants have gravitated to Louisiana. Guesstimates have varied from 75,000 to more than 150,000. But when an illegal is arrested for a crime committed in the state, federal law requires that local law enforcement authorities notify the U.S. Immigration and Customs office. New Orleans is not enforcing this requirement. As a New Orleans police department spokesman was quoted as saying: “In general, we’re not cooperating with the ICE.”

So immigrants who are in New Orleans illegally often create a false identity, use a fraudulent Social Security number, falsify federal forms, and, if arrested, are free to go once released by the New Orleans Police Department. We witnessed recently the tragic killing of a young woman in San Francisco, murdered by an illegal immigrant, who was a repeat felon and who had been deported five times.

Crime rates are on the upswing in New Orleans. A just released report by research firm 24/7 Wall Street concludes that New Orleans had the highest per capita firearm homicide rate in the nation—four times the national rate. No one knows how many illegal immigrants are committing crimes, because the city refuses to both monitor and release this information.

And just watch auto insurance rates, already the highest in the nation, go up even more as this policy from the New Orleans Police Department’s immigration manual is implemented. “Officers shall not enforce La. 14.100.13, which states that no alien students or non—resident alien shall operate a motor vehicle in the state without documentation that the person is lawfully present in the United States.” So ignore this state law, right New Orleans? You should just pick and choose what laws you like and the laws you don’t like. Is that what Louisiana has come to?

Traffic accident records show that illegal immigrants are a high risk of not carrying auto insurance. So a driver not at fault has to use their own insurance to pay the damage costs, and insurance rates continue to go up.

What happened that caused the deterioration of the laws on the books concerning illegal immigration?  When you break into my home, you are committing a crime.  But when you break into my country, it has become, to our leaders in Washington and New Orleans, merely an embarrassing inconvenience. Republicans are now throwing in the towel and giving up on seeing that current law is enforced.  Has it become OK to set aside the law and ignore its violation for political purposes?

And what’s all this stuff about “undocumented workers?”  The lead Republican in this effort to legalize those who have illegally entered the United States is Florida’s Senator Marco Rubio.  He conveniently refers to these illegals as “individuals who are living in the United States without proper immigration documents.” That’s like saying that your local drug dealer is in possession of large amounts of cocaine, but just forgot to get a doctor’s prescription.

There should be major risks and consequences when laws are broken.  But besides the President, both political parties are pandering to Hispanic voters who often are sympathetic to lax immigration enforcement. Will Donald Trump goad members of congress to take on Sanctuary cities like New Orleans, and lead a charge for strong enforcement of immigration laws? Let’s hope so.

“All the problems we face in the United States today can be traced to an unenlightened immigration policy on the part of the American Indian.”

More in this category: « The Problem with Millennials is their Parents Never Changed the Channel The forerunners of the American Revolution: The Black Robed Regiment »
back to top