Learn From American History - Throw off the Tyrants! 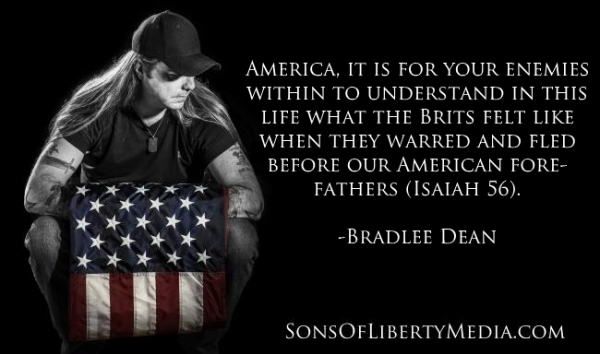 “I once sent a dozen of my friends a telegram saying 'flee at once - all is discovered.' They all left town immediately.” ―attributed to Mark Twain

When one looks at the quote above, one might ask, to what does this apply? It is simple. It applies to those who have been exposed for crimes who were found out (Luke 12:2) and fled.

In America, the culprits in the Church and in the government have been found out again and again. Yet, they do not flee.  They are encouraged to continue on.  Strength is simply added to their tyrannical ways by those who tolerate their crimes (Jeremiah 9:6; 18:12).

"The greatest sin of our time is not the few who have destroyed but the vast majority who sat idly by."  -Martin Luther King, Jr.

The Church in America Took the Bait

My columns are not about magnifying the crime, but rather magnifying the law (Psalm 94:16) against the crime to bring forth righteousness and peace, like that of the good police officers that we have in this country.  They have painted on the side of their cars “Peace officer.” Peace officers enforce the law against the crimes to maintain order. Law and Order:  America, you are the Law!

“Hearken unto Me, My people; and give ear unto Me, O my nation: for a law shall proceed from Me, and I will make My judgment to rest for a light of the people.” (Isaiah 51:4)

If the people in this country are sick and tired of being sick and tired, which I believe they are and rightly so, then it is time for Americans to stand up and defend what has rightly been entrusted unto each and every one of us.

“The strength of the Constitution lies entirely in the determination of each citizen to defend it. Only if every single citizen feels duty bound to do his share in this defense are the Constitutional rights secure.” ― Albert Einstein

Thomas Jefferson, who was one of the architects and a signer of the Declaration of Independence, which 75% of that document shares with the world the crimes of King George who would not rule in the fear of God and was thrown off by those who would not be ruled by a tyrant, once said:

“[Bear] always in mind that a nation ceases to be republican only when the will of the majority ceases to the law. …”

America, it is for your enemies within to understand in this life what the Brits felt like when they warred and fled before our American forefathers (Isaiah 56).

More in this category: « Alien: Covenant might be scarier than Life, but it won’t be better Tipping Theory 101: The Good, the Bad and the Ugly »
back to top