New flu medication may save lives this flu season

The FDA has approved a new drug, Xofluza (baloxavir marboxil), to help fight the flu this season.

The antiviral is a single dose and is taken within 48 hours of first signs of flu symptoms.

It is only indicated in those older than 12 years old. The cost is approximately $150 for the single dose.

Current antiviral medications approved by the FDA to shorten the course of the flu include Relenza and Tamiflu. These medications are in a class of neuraminidase inhibitors, which inhibit the release of new viral particles that have replicated in a host (patient). 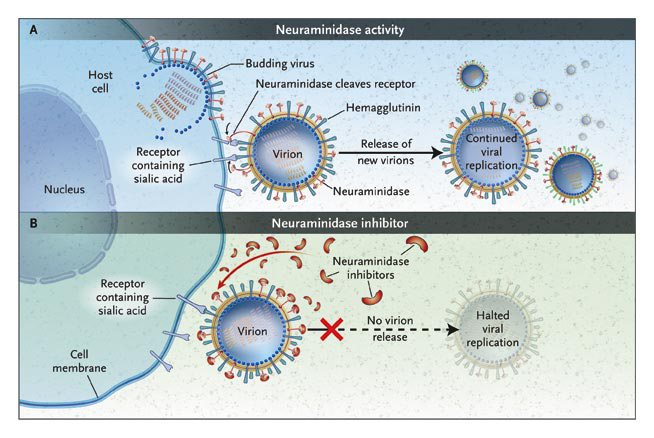 Xofluza, however, works sooner, by preventing the virus from replicating within the host cell in the first place.

Therefore this new drug can stop the spread of flu earlier than its predecessors.

A 2016-2017 STUDY IN 1,436 PEOPLE IN THE U.S. AND JAPAN SHOWED THE ONE-DOSE PILL CUT THE TIME PEOPLE WERE SICK TO 2.5 DAYS, FROM ABOUT 3.3 DAYS. IT CUT HOW LONG PEOPLE HAD A FEVER FROM AN AVERAGE OF 42 HOURS TO JUST ONE DAY. IT ALSO REDUCED WHAT’S CALLED VIRAL SHEDDING FROM FOUR DAYS TO JUST ONE DAY.

So the less time one is sick with the flu, the less risk of coming down with a secondary infection such as pneumonia, or other flu related illness.

Now Xofluza may not prevent the flu in one who has not been exposed because it works by preventing virus that is present from replicating.

Flu symptoms may come abruptly and include:

The most effective way to prevent the flu is avoidance of sick contacts, good hand washing and vaccination.

More in this category: « Viagra should not be vaped Election Depression: How to avoid it »
back to top