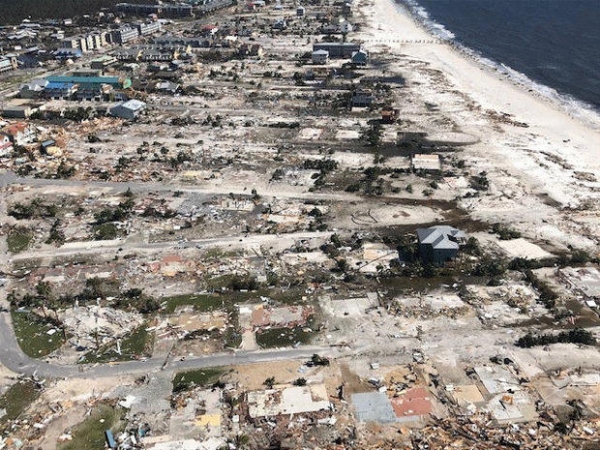 The damage from Hurricane Michael is staggering. Georgia’s farms were clobbered and the agricultural industry is reporting “unprecedented generational losses” that are estimated to reach nearly $3 billion in damages.

About a million acres of timber has been destroyed as well all sorts of vegetable and nut farms. Lots of sources are still reporting about the Tyndall Air Force Base near Panama City, Fla. The base, if you have not heard, sustained heavy damage from the storm. Most of Tyndall’s planes were flown to safety before Michael hit the coast but 17 F-22 Raptors were left behind because they were undergoing maintenance and were not flight worthy. Each of the Raptors cost an estimated $330 million each. Which means that’s almost $6 billion dollars of fighter jets that may have taken significant damage from Michael.  The Air Force is being a little mom on the subject, which - fair enough. There is no reason to broadcast to enemies how many of our fighter planes were damaged beyond repair.

But that isn’t even touching on the personal cost to homeowners up and down the coastline. The NY Times has a “Damage in Pictures” all about Michael and from the look of things it’s as bad as everyone expected. Entire towns are wiped out. Farms are gone. Houses obliterated. It’s apocalyptic looking stuff.

If that’s not bad enough there are sheriffs in FL reporting that they are arresting about 10 looters each night since last Wed. Armed looters, it appears, are targeting homes without electricity and taking advantage that first responders are stretched thin. People really suck sometimes, you know?

There are even neighborhoods putting up hand made signs that say things like, “You loot. I shoot.”  Which - sounds about right to me. 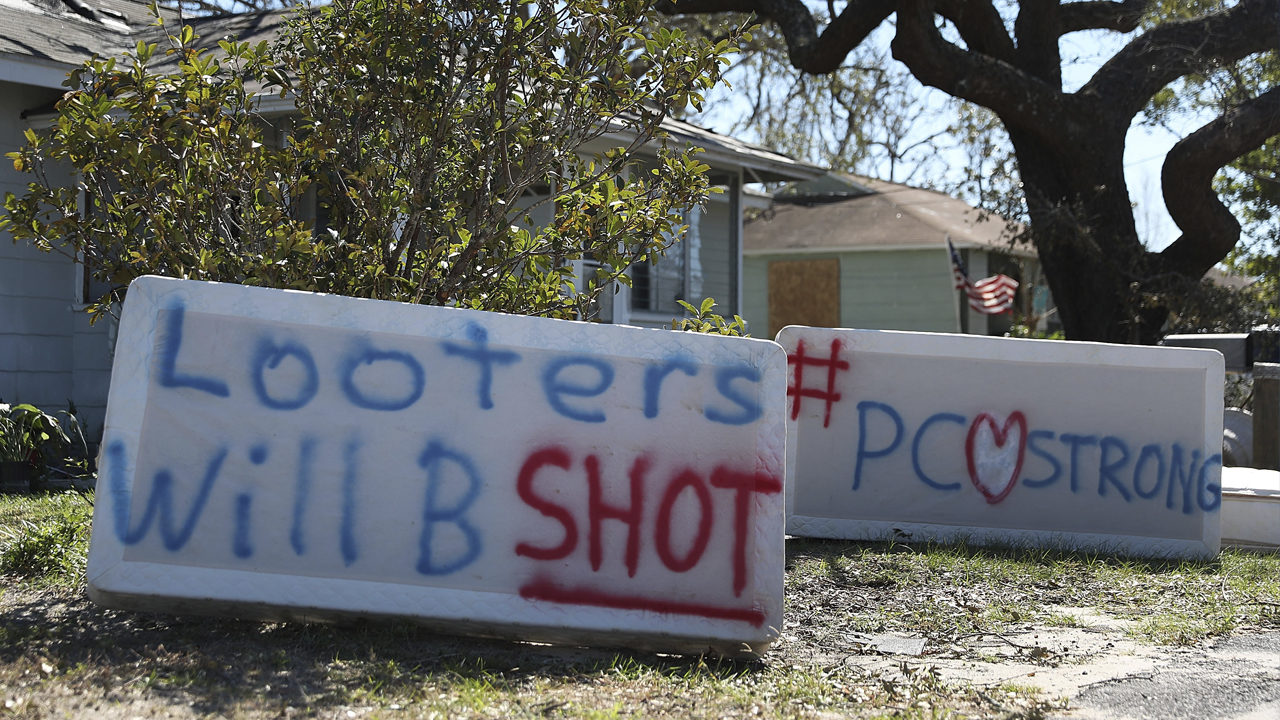 Still, it sounds as if hundreds of thousands of people are still without power and cell phone service has only just recently been (mostly) reinstated.

They keep coming and they seem to keep getting more destructive and more costly. And why is that? Well, last year my co-worker wrote a strongly worded story titled “Hurricanes should blow climate deniers’ eyes, minds open.”  In it he writes:

If you can, donate to the Humane Society Animal Emergency Rescue Fund.

More in this category: « Hurricane Michael hits Florida coast Man arrested in connection to parcel bombs »
back to top