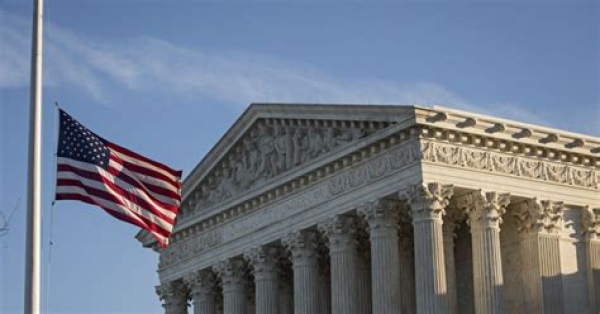 Whatever the final result over the confirmation battle of Judge Brett Kavanaugh, one thing is becoming more urgent. The court itself has a crisis of legitimacy. And one way to restore its genuineness is to require term limits for all future judges.

The Supreme Court of old was more majestic with few periods of confrontation. Just a decade ago, 2/3rds of Americans had great confidence in the Court. No more. There’s trouble brewing in those marble temple walls. Confidence in the workings of the court and the Justices themselves have dropped to a mere 50% approval rating.

And it should not be any surprise as to why the Supremes are held is such low esteem. They have become a partisan body, every bit as political as the other two branches of government. We saw such partisanship front and center in the Bush-Gore election decision and in the court’s blessing of Obamacare. Five to four split decisions are becoming the norm with Republican appointees voting one way and their Democratic counterparts voting just the opposite. No more moderates or progressives on the court.  Just jurists who are either hard right or hard left.

The writers of the constitution never envisioned such partisanship. The nation’s founding fathers imagined a court made up of legal sages, devoid of the political pressures experienced by congress and the president. Justices of the past seemed to relish in their image of being independent and simply interpreting the law as written.

Current Chief Justice John Roberts made a vain attempt to enunciate such a balanced philosophy at his confirmation hearings back in 2005 when he told the Senate judiciary Committee:

“Judges and justices are servants of the law, not the other way around. Judges are like umpires. Umpires don’t make the rules; they apply them. The role of an umpire and a judge is critical. They make sure everybody plays by the rules. But it is a limited role. Nobody ever went to a ball game to see the umpire. Judges have to have the humility to recognize that they operate within a system of precedent, shaped by other judges equally striving to live up to the judicial oath.”

So justices are not influenced by their own personal opinions?  Good luck with that.  Partisanship has never been so extreme. Judge Kavanaugh was never going to receive any democratic support from the day he was nominated.  And republicans in the senate refused to even consider or hold a hearing on President Obama’s last pick, U.S. Court of Appeals Judge Merrick Garland. New justices taking office are well aware of their partisan supporters. And such awareness certainly affects their view of becoming activists by extending or even creating the law, rather than merely interpreting it as envisioned by our Founding Fathers.

So why term limits? For a starter, no other democracy in the world gives life tenure to a sitting judge. In fact, you would be hard pressed to find any other profession that makes appointments for life. Sure, the constitutional scholars back in the 1770s created lifetime appointments. But remember that the average life span back then for a U. S. citizen was 35 years.

Chief Justice Roberts endorsed term limits back in 1983 when he stated: “Setting a term of, say, 15 years would ensure that federal judges would not lose all touch with reality through decades of ivory tower existence.”  And that’s an important point.  The court has, too often, been occupied by aging justices who habitually seem disengaged from the world surrounding them. You would think that the court should have dynamism and consistency that a rotation of new judges would bring. It’s hard to breathe new life into a court that bases its make up on actuarial tables and the luck of the draw as to who lives the longest.

Under the current system, a president can only serve in office for eight years yet can appoint a Justice or judge who can stay on the bench for 40 year or more.  One term of say 16 years makes sense. Poll after poll show that voters want term limits for judges. With all the controversy in Washington over who ends up on the court, now seems like a good time to consider such a change.

More in this category: « If Americans Understood the Price of Their Freedoms, They Would Rethink Looking The Other Way When It Comes To Corruption In Government! The American Empire: Do you know how many US military bases there are all over the world? »
back to top