Are pap smears going away? 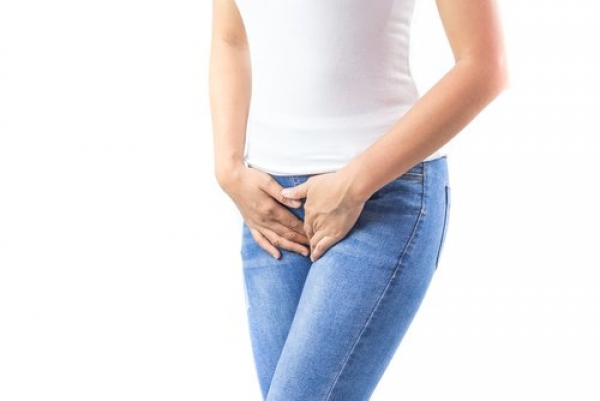 For some yes, as new cancer screening guidelines suggest swapping the embarrassing procedure with HPV only tests. These HPV only tests can even be done in the privacy of one’s home.

The US Preventive Services Task Force (USPSTF) suggest women between the ages of 30-65 may be screened for cervical cancer by testing for the HPV virus, high risk strains, every 5 years without undergoing a concurrent Pap smear. This is opposed to the “co-testing” recommended up until now. Women can, however, if desired, choose to have Pap smears every 3 years. These guidelines do not pertain to those who have cervical cancer or symptoms that could suggest a malignant process such as pain, bleeding and weight loss.

However one concern many physicians have is the lack of other testing being done during a “Pap Smear” visit.  Pelvic exams evaluating for gynecological pathology, breast exams, counseling and preventative health recommendations are often done during a woman’s physical and extending the testing intervals to twice a decade could put one at risk of another illness being missed.

Moreover, would an at home HPV test be sufficient enough to screen for cancer?  Smoking may also predispose one for cervical cancer so testing for the HPV virus alone may not be enough.

The uterus looks similar to a light bulb.  The larger top portion being where the fetus develops, and the bottom, narrower area, the cervix.  The cervix thins and dilates during childbirth, as you’ve heard in the movies “she’s only 7 cm!” and then after childbirth becomes narrow again.  It affects nearly 12,000 and kills 4,000 women each year.  It can affect women of any age but is more common between 20 and 50. 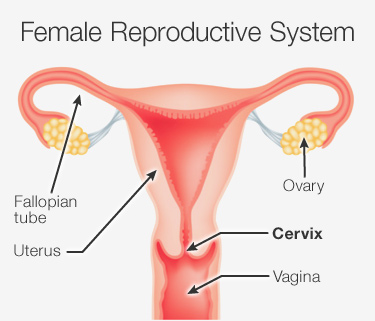 The most common cause is HPV (Human Papillomavirus), especially HPV-16 and HPV-18.  This is acquired through unprotected sex, so condom use is encouraged. Thus it's one of the most preventable causes of cancer.  Additionally, there are 3 vaccines for HPV currently approved by the FDA, Gardasil, Gardasil 9, and Cervarix.

Early cervical cancer may not be symptomatic but as it develops it may cause an odor, pain with urination, pelvic pain and bleeding. This bleeding may occur after sex, a pelvic exam, or intermittent bleeding not associated with a menstrual cycle.

It is the cytology (cell analysis) of the cervix. Years ago, a cytobrush would collect the cells and the medical provider would “smear” it onto a slide, place fixative, and then send it to the laboratory for the pathologist to analyze it. Now ThinPrep® Pap tests are used more commonly as the cells from the brush are placed into a container with fixative, and this vial is sent to the pathologist to spin down and analyze. 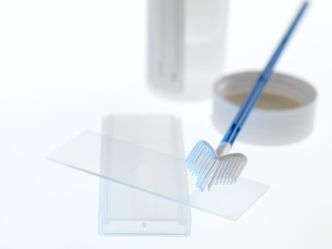 In order to obtain the cells from the cervix, the medical provider needs to use a speculum to open the vaginal canal and allow access to the uterus.  A woman may be in the lithotomy position…lying on one’s back on the exam table with her feet in stirrups and knees bent. During the speculum exam, the medical provider may take cultures to test for common vaginal infections such as yeast, bacteria vaginosis, or sexually transmitted illnesses such as gonorrhea and chlamydia.  After the speculum exam, the provider may perform a pelvic exam with her gloved hand to examine the uterus and ovaries, evaluating for tenderness, shape, size and masses.

An HPV test can be done with the cells obtained during the Pap Smear.  At home tests require the patient to swab their vagina (female) or urethra (male) or rectum and then mail the swab to the lab.  The laboratory evaluates the cells to see if the HPV virus that causes cervical cancer is present.

In summary the thousands of deaths that occur each year to cervical cancer can be prevented with simple testing, such as the Pap Smear.  Discuss with your medical provider when cervical cancer screening is best for you.

More in this category: « Flu season 2018 has begun Alzheimer’s cases to nearly triple over the next few decades »
back to top